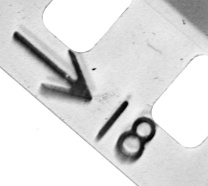 April 18: Is adult fiction illustrated with photography a viable format?

Just this evening I had the privilege of joining my partner, Lorena Carrington and author Jennifer Lehman among the bookshelves in the Castlemaine Library between which  an audience of some forty or so sat to listen to their conversation.

Our task was to launch Lehman’s book Sightings, illustrated by Lorena, and my job was to serve as interviewer in a discussion of the innovations of this newly released volume of ten short stories. Luckily I had written the introduction, so had closely read the book at least five times.

I started the conversation with a passage from Perpetual Boy, the first of the short stories in this volume:

‘Maybe they’d eat a snack and you could leave them to enjoy a treat? It was a long shot, but it worked. Leslie placed a small piece of sausage from a sandwich on the nest and stood up with the utmost deliberation, with elegance. The ants drifted from his body to the gravelly surface they had so carefully arranged, leaving the boy to step away. Unmarked.

Quite evident in this paragraph is the visual nature of its description of an incident—that ants’ ‘drift’ is exactly how they will sometimes move en masse, swiftly driven by invisible, minuscule legs. Their tidal synchronicity in this instance is a sign of the boy Leslie’s odd rapport with the creatures. It also contains Lehmann’s close observation of the way ants construct the surface of their nest.

The episode proves to be a turning point in the narrative of a ‘strange’ boy, perhaps autistic (though the term is never used), who has been placed in the foster care of Carol, his teacher, and, at weekends, a childcare worker, Chris. The boy has an uncanny familiarity with animals and insects, who seem attracted to him, but his social development is crippled by distrust of people. Carol gains his confidence, while Chris’ insensitivity proves to be its undoing.

Lehmann’s story has its origin in a case that she dealt with in her own career as a social worker, and all of Sightings draws on such authentic observations from her experience then and since.

Carrington’s picture is the most direct ‘illustration’ amongst the stories, and yet it too is recounted from her own observations as a photographer. Including ants, it links to the cover illustration, but simultaneously, in evoking our visceral reaction to large spiders, it sets up the psychological tension around the un-intending threat to ‘normality’ in the character of the boy.

Carrington was brought up in, and her imagery is still nurtured by, the unique landscape of Central Victoria. Her ‘sightings’, her photographs, form the book illustrations in layers of imagery gleaned from this environment. The apparently straightforward landscape above is an example; a scene of dappled last light on eucalypts is set against a glorious starry sky that only on close inspection is revealed to be inverted reflections on the surface of a dam.

Lorena’s previous contracts have been for designs for fairy and folk tales, so Lehmann’s stories presented new challenges and an adjustment of imagery to their more terrestrial setting, to redeploy visions of the fabulous to trace the machinations of human social psychology.

In The Harveys an event prompts the protagonists to vanish from contact with a caring welfare worker; a disappearance instanced by this shadow without a dog, and more subtly in the shadowy figural signification on the walls of this abandoned farmhouse and the shard of sunlight.

Author and illustrator thus share a sense of place, in that the stories in the volume occupy Australian rural towns where, as I noted in my introduction to the book, you walk…

…you may see, if you are observant, a silent slender woman slip gracefully by. Can you guess that she’s a life model? You may glimpse the inching progress, on the steps of the post office, of an elderly couple, but the sight line is interrupted by the passing of a flatbed ute sporting an oversize bull bar, and a fox tail trailing from one of its many aerials – a macabre decoration that died out in the sixties, surely? A boy [the boy in Perpetual Boy] coaxingly whispers to something as he pokes around in the shrubbery next to one of the cannons outside the RSL, while across the road outside the court house a group in their best clothes stands smoking, faces creased with concern. At the intersection, a hearse passes slowly followed by assorted cars with glowing headlights … for whom? From above comes the muffled thunder of a jet, already far from the metropolitan airport. On board, have any of the passengers walked these streets?

On your way home, through the overarching gums on the dusty gravel road, past the blackened skeleton of a burned weatherboard, is another neglected house on the outskirts, in tone so much at one with its bare dusty surrounds that until now it has been invisible. Have you only now realised that it may be inhabited, because standing by the driver’s door of a newish white car, a skinny little boy is talking to the driver?

My introductory notes touch on places in which Lehmann has worked, in a previous life, observing ordinary people in extraordinary individual struggles, triumphs and failures that become the material of her stories. In their fabric is their often harsh and isolated locations and extremes of weather and climate which at times, and certainly in Carrington’s illustrations, are touchingly beautiful, as she sets them in the atmosphere of a sparse rurality, re-staging them under scintillating night skies, in the lush first heat of spring, before rolling storms and amid the desiccations of summer.

To emphasise author’s and illustrator’s shared investment in their locale, I opened with one of the most usual, and most trite, questions that an author or artist is asked on such occasions; “Where do get your ideas?”, but rephrased it to ask how does the ‘where’—the setting—of these stories and pictures inspire ideas for author and illustrator.

Publishers normally choose the illustrator and rarely allow any say in it by the author, nor any interaction between them. In this case however, and what distinguishes this book, is that it is based on a collaboration that is in sum greater than the individual participants’ input, not dissimilar to that found in cinema. Negotiation of the content of the images led to changes in the text and vice versa.

A conversation about superstition for example resulted in a passage about elusive welfare clients in Globe Trotting; “Mrs D, who appears to be quite superstitious, warned of the dangers of interfering with the hawthorn bushes, stating there was a risk of the faeries taking revenge.”

In Sightings a picture opens each story in the volume, just as did the books we may have read as children, or as teenagers. I asked if Jennifer and Lorena felt illustrated books for adults might be a trend. Though Jennifer admitted that the format entailed extra cost in the final product, both felt that illustration enriches our readings in providing a ‘meditation’ on the story to come, and to which the reader may return to consider as the narrative unrolls. Rather than merely retelling the story in pictures, their placement, the collaboration involved, and the visual puzzle presented, result in a combination that is appropriately subtle and sophisticated for an adult audience.

While her social work background provides her with a wealth of resource and authority, it is Jennifer’s crafted, and wryly crafty, skill in writing for our engagement with the psyche of this array of people, some of whom we may not even like, that is the value of this collection by a seasoned and deservedly recognised author.

As a photographer of the ‘ordinary’ person, I agree with Jennifer that there are none. Ask anyone to stand, in a place important to them, before a large-format camera, and, as you watch their projected image upside-down in the ground glass, connections will form between them and their surrounds as you focus the lens, and concentrate your mind on those associations and analogies of environment with their story.

The optic of Jennifer’s written narrative, however, extends illuminations, infra and ultra, invisible to the camera, into the fabrications of the mind, the intricacies of relationships, the passages of a past imperfect, tumultuous present and conditional future.

Together, writer and illustrator have collaborated on these images and negotiated the fertile relation of image with text. Like Jennifer’s words, Lorena’s pictures are based on multiple instants of real sightings, but through the camera lens. Combining them on the glowing backlight of the computer screen, she overlays and interweaves, in visual analogy to Jennifer’s pithy sentences and unexpected revelations, for the same sense of transparency.

By way of conclusion before we opened up for questions from our listeners I asked the pair what they wished their audience might take with them from their experience of reading and looking. Jennifer’s ambition is that her readers might become more tolerant and understanding of others in difficulty, either economic or social, while Carrington hoped that those who looked into her imagery might develop a heightened sense of the beauty and meaning of their surroundings.

You can purchase Sightings directly from the author’s WordPress site.