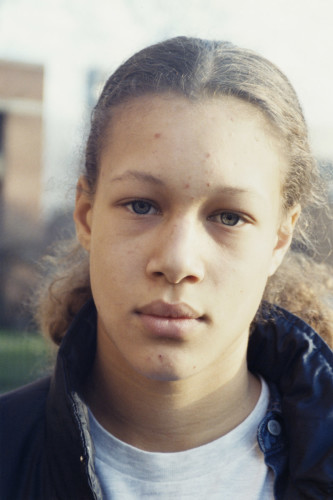 There are so many brilliant photographs that it seems a waste of words to be discussing those that are not so. Juergen Teller‘s Go-Sees and the work of David Hamilton, who died exactly a year ago, are amongst those.

I was studying photography when David Hamilton‘s 1971 book Dreams of a Young Girl had become a best seller; and since it was full of soft-focus imagery of young teens and pre-teens it was bound to be. ‘Arty’ looking enough to pass for a respectable book, it was really nothing but a thin excuse for paedophilia.

Deux jeunes filles sous un arbre serves as a typical example of its chocolate-box schmaltz, but more than that, Hamilton’s work exemplified something I hated, and still hate, about photography; that is its sleaze factor. In the hands of some men the fast shutter and the phallic lens are a passport to voyeurism and it becomes an instrument of exploitation for those brazen enough to exert its power. That even a mention to men of a certain age or demographic that you are a photographer will elicit a bawdy response is a clear demonstration of attitudes that prevail around the medium.

Hamilton spent much of his time at St Tropez and also visited Cap d’Agde family naturist resort 4 hours to the west, in search of models, whose parents responded to his pedigree; designer at Elle magazine, then art director for Queen, art director of Printemps, the largest department store in Paris, and his photographs sought by Réalités, Twen and Photo.

Throughout his career, during which he produced books and films, he maintained an ‘impressionist’ style that recalled art photography of the 1930s (which was the favourite retro period of the 1970s); soft focus and a ‘painterly’ texture. These effects were achieved through the use of a stocking over the lens, pierced at the centre to allow some sharpness, which when shooting into the light, something he did habitually, produced an exaggerated halation.

Cross-processed film – positive transparency film such as Ektachrome processed as a negative and printed through the orange mask of a blank negative – produced a distinctive, dreamy colouration. Push processing at the same time of this filmstock; i.e. exposing at an ISO rating higher than the manufactuer’s recommended, say to 1,600 ISO (two stops), would increase the grain-size for a pointilliste effect. Critics favourably responded, equating his photography with painting, which by then, at the dawn of postmodernism, was a bankrupt comparison.

Somehow Hamilton managed to swim against the tide of the feminist revolution of the 1970s, and for decades still sold and became rich, even when Yvonne Kalmus (editor with by Rikki Ripp, Cheryl Wiesenfeld  of the 1977 Women See Men) reviewing his books in the normallly mild-mannered Popular Photography of June 1983 writes of;

Today is the anniversary of Hamilton’s suicide a month after being accused by one of his models of her rape at the age of thirteen. 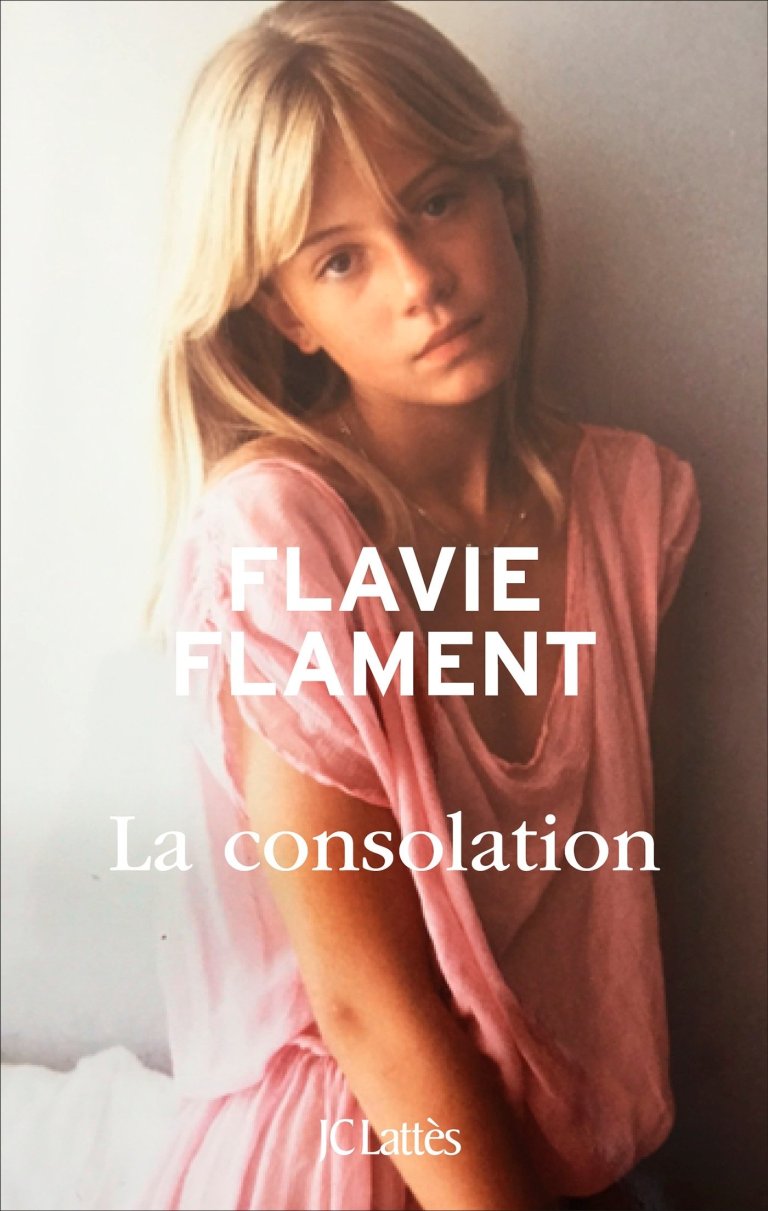 As further accusations are being levelled against men who have treated female models and actors unconscionably, Juergen Teller holds his show (open to the public yesterday) Go-sees, Bubenreuth Kids and a Fairytale about a King… at Alison Jacques Gallery at 16-18 Berners Street in London, the city to which he moved in 1986 at age 22 and in which he still works. 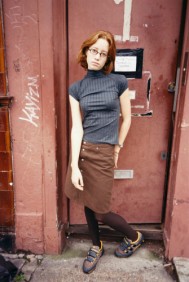 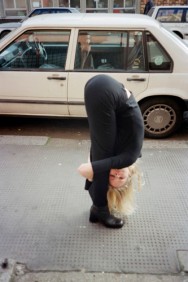 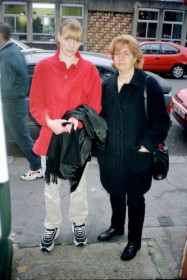 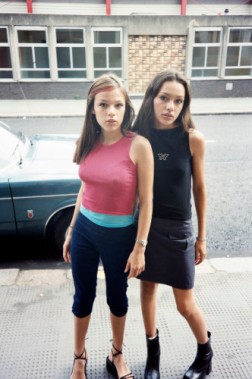 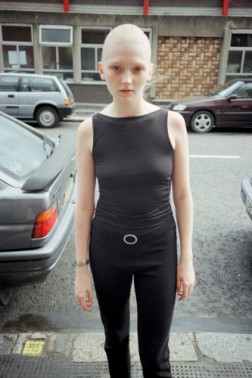 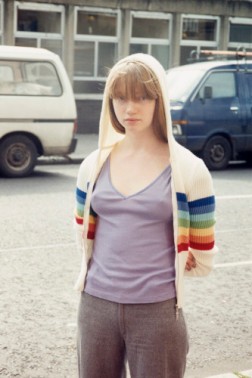 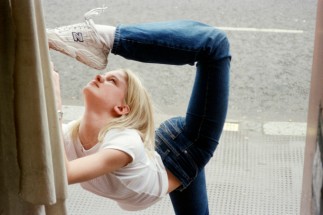 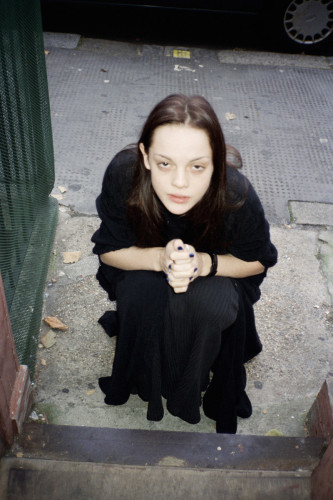 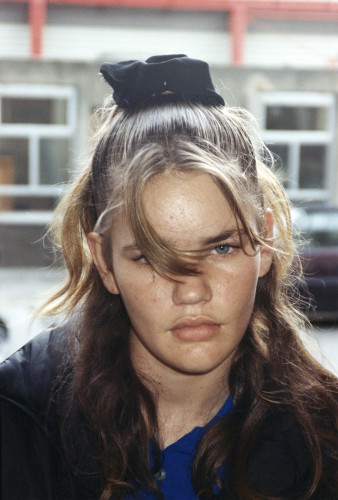 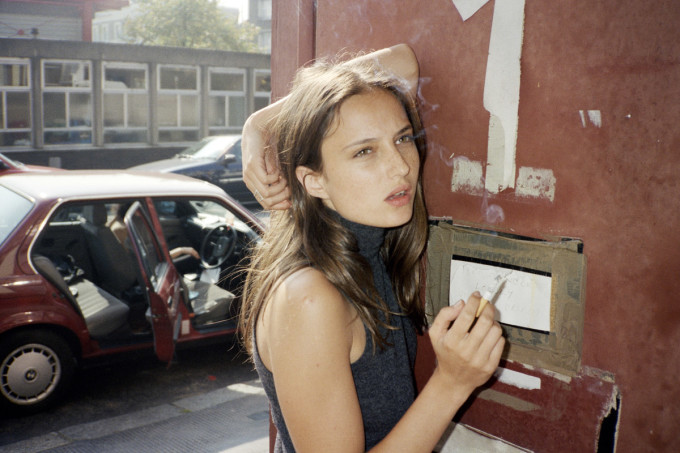 Go-Sees was produced over the course of one year from May 1998. The present show has lost its original riposte Girls Knocking on My Door from its title. Where many of Hamilton’s images of young girls are shot in the backlight of a doorway, Teller’s are made on the threshold of his West London studio, a symbolic threshold too.

“Go-see…” is what a model agency tells its young hopefuls; to go and present themselves to a fashion photographer, more to be seen, than to see, of course. There they stand, on the pavement, or just barely off it, with their foot in the door, in the vain expectation that he, who by then had become juandiced with the whole fashion industry, might choose them to work for him.

The gallery quotes Shannon Peckham’s 1999 text for the book of the original show Juergen Teller Go-Sees; Girls Knocking on My Door, published by Scalo.

The models in Go-Sees become much more than bearers of externally directed aesthetic values. While the photographic gaze is shaped by and reciprocally shapes the convention of the go-see, Teller suggests that even within these parameters it is possible to find new ways of seeing.

What do those words of now twenty years ago mean? Clearly Teller was applying his then celebrated ‘grunge-fashion’ style by photographing so artlessly, and certainly the young women have turned up of their own volition, or they are propelled there by pushy parents. They responded to his charisma, his edgy reputation – rock photographer turned to making bad-boy fashion pix, so are they really more than bearers of externally directed aesthetic values?

And yes, unlike Hamilton’s girls, these women have names, recorded while Teller snapped them and flipped through their ‘book’, and the series does reveal the ignonimous side of the fashion industry, the cash-cow that chews up the young hopefuls like fodder.

Teller is starting work on a project with children affected by the devastating fire in the Grenfell Tower housing block in his neighbourhood. Surely the answer from someone with such good intentions, who regularly and honestly turns the camera unflatteringly on themselves, would have made the Go-See pictures again, have made the effort to invite his subjects back to repeat the exercise, or to turn the tables. Wouldn’t that bring new ways of seeing?