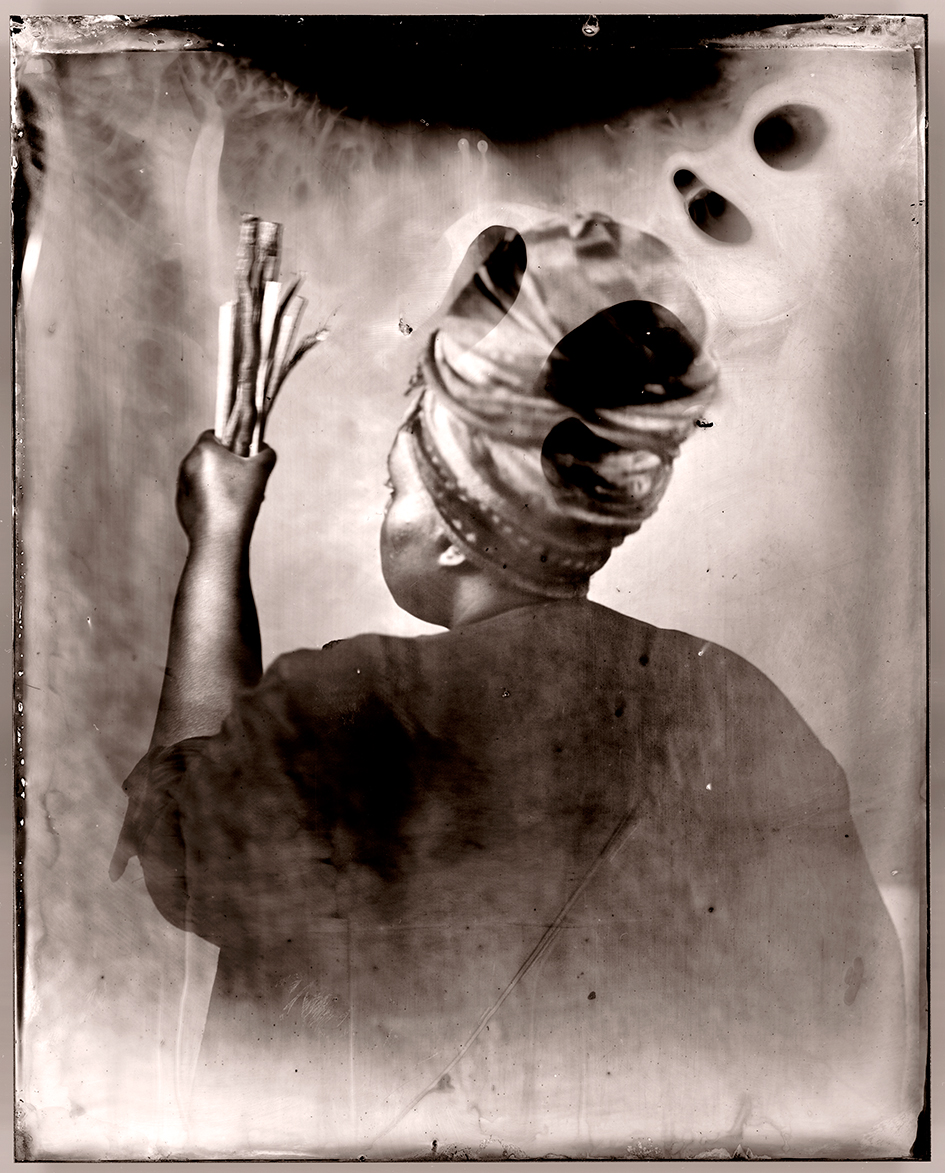 June 14: Khadija Saye drew from the deep wells of diaspora; nostalgia, memory and tradition, in new work appropriately currently included at the 57th Venice Biennale in the Diaspora Pavilion at the Palazzo Pisani S Marina, Venice until 26 November 2017.

The Diaspora Pavilion challenges the prevalence of national pavilions by bringing together nineteen artists whose practice highlight the  lived reality of displacement, migration and asylum seeking. Within the pavilion a joint ICF (International Curators Forum) and University of the Arts London project ‘Diaspora Platform’ eleven selected mentors deliver professional development for twelve UK-based emerging artists, all from racially and culturally diverse backgrounds, amongst whom Saye is one, whose work engages with the topic of the diaspora. 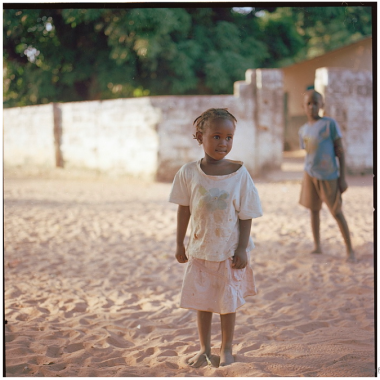 Born in 1993 and raised in London and coming from a mixed faith and multi cultural background, Khadija Saye’s work includes documentary images and an engaging series of portraits taken on pilgrimage to her mother country The Gambia, smallest of the African states, which is recalled in Crowned celebrating Afro-Caribbean hair. A source of much physical, cosmetic and personal anguish for its owner it is much more than its unique beauty as a powerful a cultural sign.

At the Venice Biennale Saye showed her latest imagery, a series of tintypes. The medium is the ‘poor man’s’ collodion, coated on metal instead of glass, and examples are often mistaken for daguerreotypes because of their metallic underlay. Tintypes were cheap, even cheaper than the equivalent middle-class, paper based carte de visite, and made on thin sheets of iron, and not tin as the name suggests.

The collodion emulsion of the tintype appears positive when viewed against the dark lacquered background of the metal , like a daguerreotype or ambrotype and as the finished image is in fact, although not in appearance, a negative, the image is usually laterally reversed. Used mostly for portraiture, a tintype is unique and can only be duplicated by being re-photographed.

It is these qualities that make Saye’s tintypes, produced with the artist, Almudena Romeroso, relevant to Dwelling: in this space we breathe representing the migration of traditional Gambian spiritual rituals practiced by her mother.

The liquid wet collodion emulsion flows unevenly eroding the imagery it receives. It becomes an ectoplasm, an ethereal form and substance from within and through which the subject emerges and interacts. The tintype is enjoying a revival, but it is rare to see it used so appropriately to its subject. 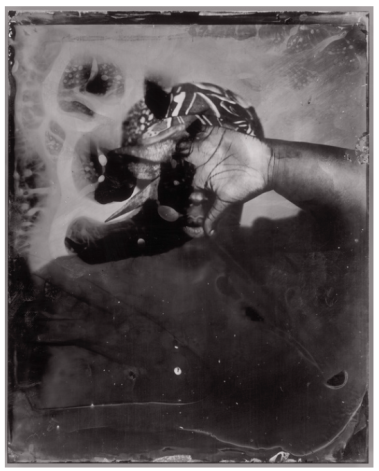 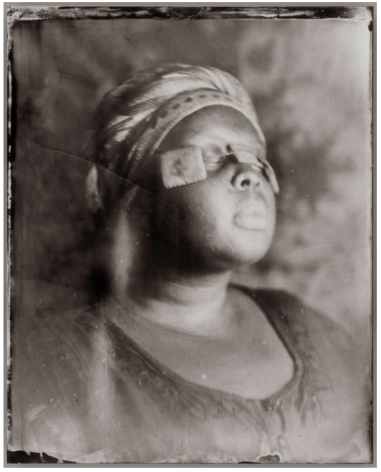 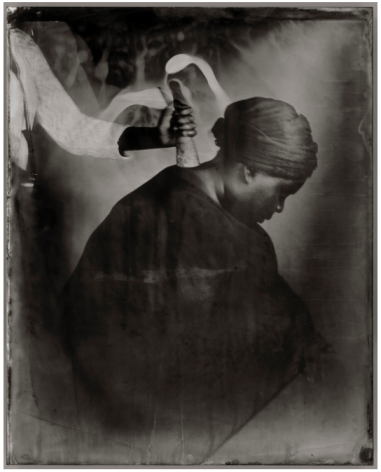 It is Khadija Saye and her mother, Mary Mendy, who below appears in a portrait by Saye, who conducted these rituals for the tintype camera. To look at work of this promising young artist of mere 24 years old is to make still more awful the fear that she and her mother were among those to have perished in the Grenfell Tower inferno in Kensington, west London today.

Khadija Saye’s mentor, Nicola Green, has set up a fund with Dave Lewis and Ingrid Swenson to help “young artists like Khadija to realise their potential” via study, informal training, internships or mentoring www.justgiving.com/crowdfunding/khadija-saye-memorial-fund.

You can also give to the Red Cross which has set up a fund for all those affected by Grenfell Tower fire, the London Fire Relief Fund.

The British Journal of Photography obituary on Khadija Saye was published 20 June.

One thought on “June 14: Diaspora”