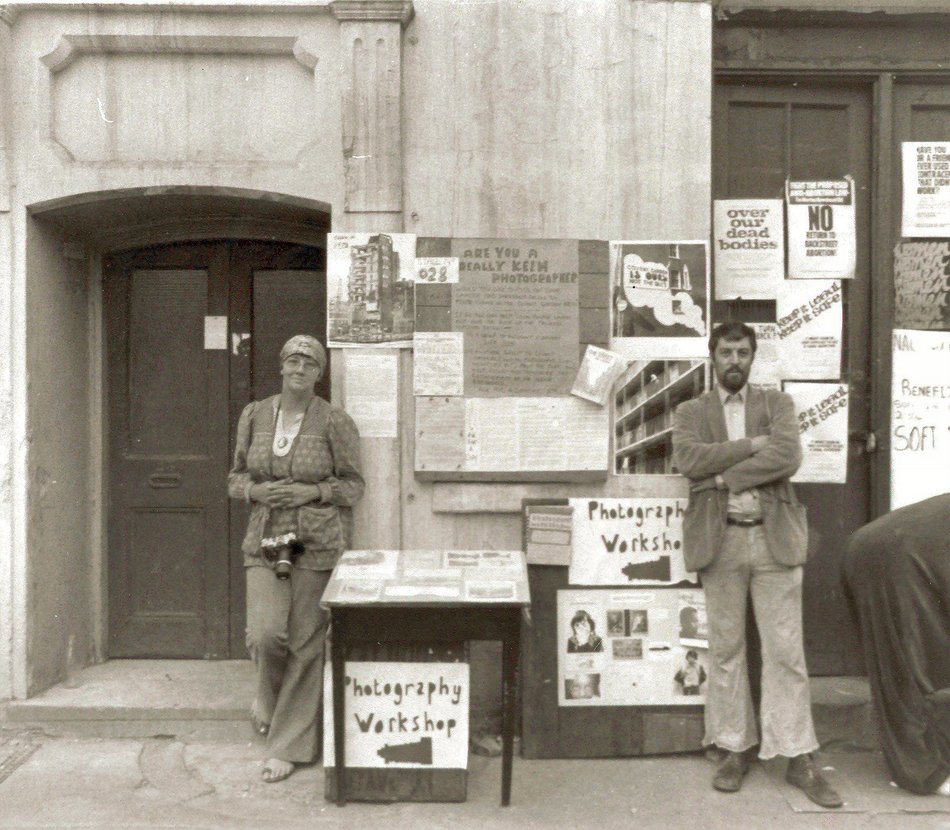 I’m the back-up ‘patient transport’ for a woman of my age, let’s call her Elizabeth, who is undergoing chemotherapy for cancer. She is someone I barely knew before our trips together and the nearly 300km round trip gives us plenty of time for conversation. Though the subject sometimes is her treatment and its effectiveness and its side-effects, it is most often a recount of her rich life history, stories of family and work. She was a social worker, and has now been an academic in that discipline for many years; a remarkably articulate person.

Not yet knowing the outcome of her treatment she nevertheless is clearly thinking over her life, seeking to bring it to judgment – her own, not anyone else’s, and to use its lessons to cope with what is coming, good or bad. I’m happy being a sounding board, she’s led an exemplary life, a fascinating one and like that of any ordinary person, it beats any celebrity’s for drama.

Though their backgrounds are different, I cannot help but be reminded by her of Jo Spence, whom I met on two occasions and found to be of similar stern stuff. Elizabeth came from the family of a scientist father and found herself a single parent living in straitened circumstances in a remote country town where also as a social worker she was exposed to all that a disadvantaged life can inflict on people. By contrast Jo Spence was from a working-class background and had left school at thirteen. Her parents, both factory workers, put her through private secretarial college in the hope of a better life for her.

Her training led her to a position as a secretary for a small commercial photographers’ business in Finchley called Photo Coverage. Inspired, she took a training course at Kodak and bought her first camera and found work as photographer’s assistant, including a stint in 1962–4 for well-known Austrian-Canadian advertising photographer Walter Curtin (1911-2007).

In 1967, borrowing £300 from her parents Spence set up her own small photographic portrait studio in Hampstead. Amongst the bread-and-butter weddings, family groups, passport and baby photos, some more interesting work included producing portfolios for actors or legal photography for solicitors.

My specialty was the production of portfolios for professional use, and in the evolution of this work I learned the art of visual stereotyping. Sometimes actors would try out new ‘selves’ for the camera, and I would try to interpret their needs in the light of what they presented to me, what they said, and the parts they were trying to get.

As she writes in Putting Myself in the Picture: A Political, Personal and Photographic Autobiography, (London: Camden Press, 1986);

This practice of asking, listening, looking, and interpreting fed into my photography for the general public. I began to ask who and what the pictures were for, and then in collaboration we would produce such different views as seemed feasible, or as the sitters gave themselves permission to show me. It was only years later when I was in therapy and trying to ‘speak’ to various parts of myself that I began to make connections with this earlier practice and seek for a way of portraying psychic images of myself.

My first encounter with Jo Spence was when she came to Australia in 1990 for an exhibition and tour funded by the Australia Council. She was invited to my alma mater Prahran College of Advanced Education and I took my third-year students 200km from country Bendigo to see her. They found the work confronting, though Jo herself was gently spoken, but persuasive. The imagery she presented was deliberately artless, archly amateurish, one might say, though it, and she, left no doubt that she knew what she was doing.

Her intervening photographic career had included her shift from purely commercial work to documentary photography through the Children’s Rights Workshop, and after meeting  Terry Dennett, who became her companion and stalwart companion for the rest of her life, started a project photographing illegal and impoverished ‘traveller’ encampments under the Westway overpass in Notting Hill. Together she and Dennett set up the Photography Workshop in 1974 and with its mostly amateur attendees explored cheap alternative approaches to the medium, in particular photomontage inspired by John Heartfield which they exhibited.

Spence and Dennett outside the Photography Workshop

Poster for the Hackney Flashers

The Hackney Flashers Collective emerged from this workshop. An activist group, it attracted feminists and socialists, mostly women, and it made clear that if they were to expose the complexities of forces that subordinated women and maintained the class structure, they needed to augment and extend on the documentary through montage and with text and image. The resulting body of photographs Women and Work was given wide exposure in the UK and France via the Trade Unions, the womens’ movement and community organisations.

The experience led Spence to question both the hidden social structures and assumptions in the commercial photographs she had been making;

Part of the work I did as a high street photographer was to make invisible the work that women do. I did it all the time without knowing that was what I was doing. I was too busy producing madonna and child images.

and thus also the extent to which documentary photography was actually ‘realist’;

…as a feminist, when I become more aware of my own socialization as a ‘woman’ (and of the process of ‘bourgeoisification’ which I had undergoing — which had taken me completely away from the working-class roots and struggles of my own family) I began to think about how I had been represented by others. This was a starting point to a project on ‘my history,’ in which I began to tentatively examine the existing photographs of me, and ended by my taking control over how I wanted to be photographed. Thus I changed my role from being behind the camera to being in front of it, but became at the same time as an active rather than passive subject. Not only did I take more control over what I presented of myself to the camera, but I also decided what techniques I wanted used on me.

From this point on, though a series of projects she and Dennett collaborated to reinvent their photographic practice with the ‘photographer’ now the ‘subject’ in a deliberate dissection of its power structures. Thus they started with re-making the classic documentary image on their own terms, turning them into ‘activist’ pictures by making the subject herself ‘active’ rather than passive.

I had become involved in questions like ‘Can you photograph the real?’; ‘Is there a real?’; ‘What are you doing with a camera?’ In Remodelling Photo History, Terry and I explored the theory of women as object of the male gaze, using myself as the model.

The most powerful strategy used by Spence was her capacity to make the everyday ‘strange’, uncovering its habits in such a way to strikingly reveal their political dimension. This ability developed further when in 1980 she enrolled as a mature student on the Polytechnic of Central London photography course under the conceptual artist and writer Victor Burgin during which Spence co-founded The Polysnappers with fellow students Mary Ann Kennedy, Jane Munro and Charlotte Pembrey. Working as a collective gave them the solidarity to decide how to integrate theory into practice and to ‘combat intellectual terrorism’ that was rife in the theory-heavy degree.

Spence was suddenly confronted with breast cancer and the infantilisation of patients by the medical system just after having recently completed three years’ study as a mature student earning a first-class degree with honours.

The experience led her to more collaboration. Importantly with Rosy Martin in devising photo therapy and her application of it to her own case in Narratives of Dis-ease: Ritualised Procedures (1988–89) produced with psychotherapist, Dr Tim Sheard.

Photo therapy enabled her to expose to herself her feelings about her mother, her childhood sense of abandonment during the war as an evacuee, eating disorder, family, class and medical treatment.

She declared her photography separate from art;

I decided I was a photographer and not an artist. If sometimes it helps me get a small grant by calling myself an artist, then of course I will. I finally called myself an educational photographer, whatever people think that means, as a way out of the problem.

Terry Dennett records that after Jo had returned from the three-month tour with her work to Australia, Canada, and the United States she was feeling tired, looking pale, and suspecting she might have more health problems, which turned out to be leukaemia.  They conceived the Final Project while they were on holiday in Tunisia early in 1991.

It was at this point in 1991 on a trip to Europe won in a photography award, that I met Jo Spence again. I had no idea about her leukaemia or that she and Terry had embarked on their Final Project. It was extraordinary that in the midst of her illness that she agreed on two Australians visiting her in her house not far from the Wembley Stadium.

In her living room was a mantlepiece with trays of sprouting wheat-grass and beans – her self-treatment – and beside it were the stands and hanger for the background paper and photofloods she and Terry used in making her photographs (her other self-treatment).

She explained she was tired and ill but patiently looked through the folios I and my partner of the time had brought, and she also provided an introduction to her collaborator Rosy Martin whom I also met in her Battersea high-rise flat overflowing with pot-plants.

I am embarrassed now to think of Jo Spence looking at my large-format portraits of relationships in which I was using focus to attempt to do what she had achieved so directly. It was true that her work had profoundly affected me, but idiotically, I make no mention of her in my Masters thesis that I had just begun.

Jo Spence reminds us how image-making might confront ourselves with the reality of the everyday, of the power of collaboration, and of the fact that in making pictures of others we should not miss the opportunity to make them partners in the production of photographs.