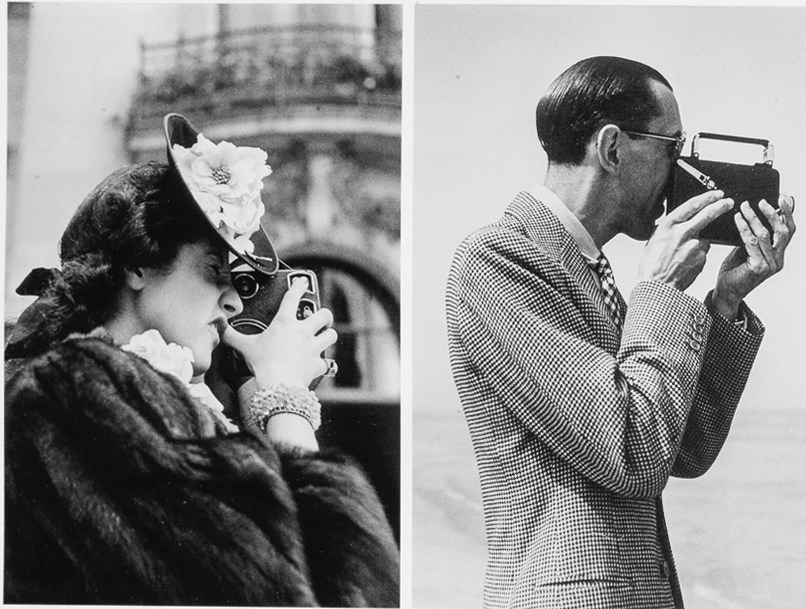 January 8: Is photography in human DNA?

In the story of fashion photography, which began with engravings from photographs of Leopold-Emile Reutlinger, Nadar and others in the 1890s, after high-quality half-tone reproduction of photographs became possible, most credit as pioneers of the genre goes to the French Baron Adolphe de Meyer and the Luxembourgian Edward Steichen who, borrowing his friend’s hand-camera in 1907, candidly photographed dazzlingly-dressed ladies at the Longchamp racetrack and by 1911 (below); he had been assigned by the French magazine Art et Décoration to produce pictures of dresses by the Parisian designer Paul Poiret, competing with the drawings and pochoir prints normally, and contemporaneously, used for fashion plates.

However, the story actually begins amongst more humble protagonists.

One family devoted to the genre was the Séeberger dynasty over two generations. Three brothers Jules (*1872) who died on this date in 1932, Louis (1874-1946) and Henri (1876-1956) were born of Jean-Baptiste, a Bavarian tradesman who had migrated to France in 1870, and their mother Louise, a widow from Lyon with a daughter Félicie. The second generation, sons of Louis, brothers Jean (1910-1979) and Albert (1914-1999)  also inherited a love of photography. Together, their work spans most of the twentieth century and was devoted to elegance and fashion.

The brothers went to Paris for secondary education at the Lycée Rollin where Louis was award first prize for drawing. They completed their schooling at the municipal art school Palissy, before Jules and Louis start their training as designers of fabric at the atelier of J. Souchon, a specialist in “high innovations, gowns, ribbons, damask linens, Jacqaurd fabrics and drafting.”  From thence came an interest, and much inside knowledge of, fashion.

While the three brothers worked as fabric designers, it was in 1891 that Jules started in evening drawing classes and also picked up photography. After a move to 39 rue Lafayette in the 10th Arr., Louis won the Danton Jeune prize dedicated to a poor child at the Ville de Paris art school, while Jules won a travel grant to Normandy. In the meantime, the youngest, Henri, enrolled at a school for applied art and also won prizes. After the death of their father in 1894 the family moved to the quieter 13 rue Fénelon.

In 1899 Jules submitted photographs to various contests, an interest soon shared by his brothers with all winning prizes in amateur competitions organised by the newspaper Lectures Pour Tous, and experimented with bromoil, especially the Rawlins process. Jules took documentary photography awards in 1903 and 1904 for pictures he made on the Seine riverbanks and in Montmartre. Images by the three brothers, who signed their initials (JHLS) are exhibited and published in various journals and as postcards by the Kunzli brothers and Leopold Verger.

Supported by their mother, their older sister and Louis’ wife Anna, the three brothers Séeberger established a family business  in 1909 under the name Séeberger brothers in a studio at 33 rue de Chabrol, also in the 10th and five minutes walk from their home.

While magazines like Les Modes published careful portraits, most hand-coloured, of high society women in outfits designed by the renowned couturiers, the daily newspapers like Le Figaro and Le Gaulois had been running pictures in their late editions taken, like Steichen’s, of women at the racetracks, and their approach was taken up by the magazine Fémina, in an effort to satisfy the curiosity among their readership about what was fashionable in ‘real clothing’, a trend soon picked up by Paris Illustré or La Nouvelle Mode who from 1901-1902 featured snapshots taken by obscure amateurs Carle de Mazibourg or Edmond Cordonnier (see Keren Ben-Horin’s Street-Style Fashion Photography Before 1920 or World’s First Street Style Fashion Photographs) though these were soon displaced by more professional images.

Thus where the Séebergers photographed at racetracks, Jean-Jacques Lartigue may have stood in almost the same spot, also in 1912, to take his own (comparison above) but solely for enjoyment…he was wealthy. The brothers followed the in-crowd calendar as they went to beach resorts, ski resorts, and other fashionable locations in Paris. Their quarry was photographs of lady’s fashion (and some men’s too), for which they found a ready market in La Mode Practique from May 22, 1909 onwards.

Incidentally, though their focus was on dresses, shoes, bags, hats, furs, and feathers, they also captured imagery of a truly haute couture, a ‘high society’ normally inaccessible to those of  their class, who, though conscious at all times of the camera and allowing themselves to be photographed, would only acknowledge those belonging to the great studios and certainly not the Séebergers. The body language of the Argentinian ‘princess’ Dulce Liberal Martinez de Hoy in the 1935 shot below clearly conveys such an attitude.

From their imagery, since it was published immediately in a long list of over 50 publications, fashion historians  are able to track the influence on style of the great designers Chanel, Paul Poiret, Jeanne Lanvin, Elsa Schiaparelli, Jean Patou, Robert Piguet, Madeleine Vionnet, Lucien Lelong, Paquin et al., whom the Séebergers also photographed. 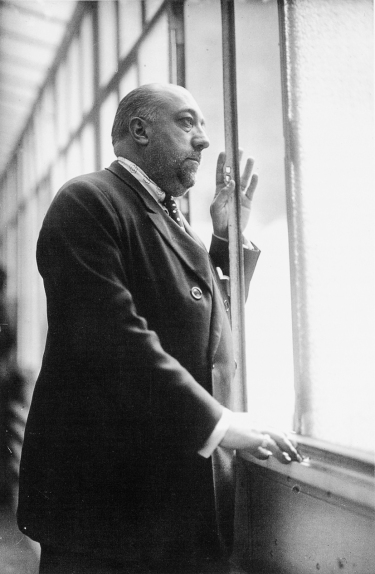 Séeberger Frères (1927) Paul Poiret in his studio on avenue Victor-Emmanuel. 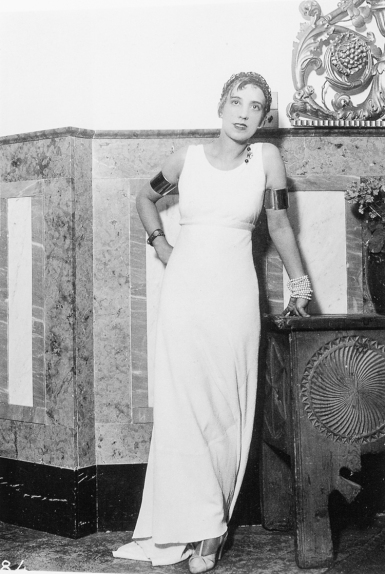 Not all of their subjects were of the higher classes. The great houses of Poiret, Lanvin, Worth or Patou hired models for their slim figures and tutored poses who would troop together ready to be seen and photographed. Lesser, or newer, couturiers hired casuals by the hour and often dressed them in their most eccentric costumes to attract attention, while some wore the insignia of the designers on their backs like sandwich-board bearers while they circulated alone. Milliners did not shy from wearing their own creations. The ‘fashionables’ were another class of model; well-known personalities known as ‘amphibians’, ‘jockeys’ or ‘society consultants’ who, while their celebrity lasted, wore the great designers latest creations sold to them at huge discounts or loaned free.

Clearly the Séeberger’s photography involved knowing these models, keeping up with the latest trends likely to appeal to the publications and an exhausting hunt for the right models amongst the crowds of fashionable racegoers—all the more so when the ‘portable’ cameras up until around 1935, when Henri adopted the Rolleiflex, were the folding Ernemann Klapp Nettel or more cumbersome Thornton Pickard 13 x 18cm reflex camera, seen being used below at the Bois de Boulogne and in Saint Moritz. In each case Henri is accompanied by his brother Louis directing the model, bearing a notebook to record details of the fashion, and passing dark slides; it was a two-person job!

Nevertheless, the brothers’ photography evolves with the changes in fashion. They take full advantage of the waist-level camera elevation as a means to concentrate the eye on the fashion rather than the face, and to throw a silhouette of the figure against an appropriate background, which so often includes passing gentlemen who turn to look, apparently in admiration. 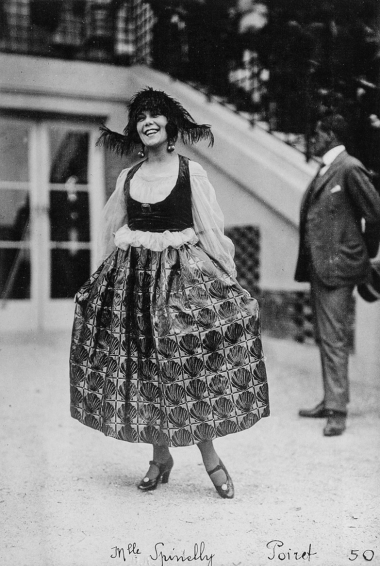 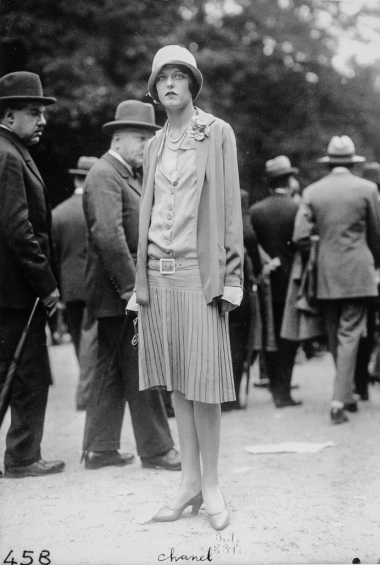 Séeberger Brothers (June 19, 1927) Yola Letellier, née Henriquez, who was Collette’s inspiration for the character Gigi, at the Grand Steeplechase d’Auteuil

Even in 1911, despite the awkwardness of their camera, the Séebergers manage, with the assistance of professional models whom they can direct, to convey a sense of immediacy, as if the action were spontaneous and the photographs candid, though the tableau above is intended to demonstrate the advantage of split skirts—pants, in effect—for active women.

By 1930 (below) their backgrounds are used to symbolic purpose and convey, in this case where the model adopts an assertive pose in trousers in front of a chauffeured ‘muscle’ car, a sense of power and prestige. 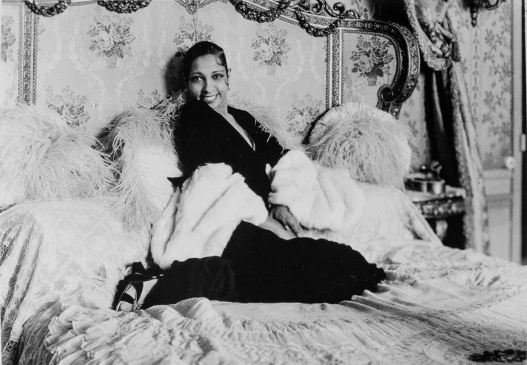 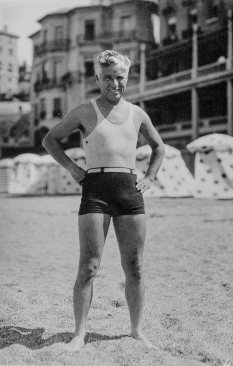 Séeberger brothers (1931) Charlie Chaplin on the beach at Biarritz.

In addition the brothers’ fashion imagery overlaps with portrayal of media celebrities (Joséphine Baker and Charlie Chaplin above). In fact, a lesser known part of their practice, as Gilbert Salachas notes in his book Le Paris d’Hollywood. Sur un air de réalité, from 1923 International Kinema Research employed the Séeberger brothers to document locations which filmmakers adapted to create the formulaic Parisian ‘atmosphere’ in sets for movies such as Bluebeard’s Eighth Wife a 1938 American romantic comedy film made by Paramount Pictures, directed and produced by Ernst Lubitsch,  and A comedy of murders (Charles Chaplin, 1947) or even as late as An American in Paris  (Vincente Minelli, 1951), thus creating a mythic Paris that survives in cinema even today. Though the interior shot of Jean Patou’s mansion below was made for a 1926 article Süe et Mare chez M. Jean Patou in La Demeure francaise, it gives an idea of how such reference material, now disappeared, was made, always unpopulated and shot using the available lighting, ready for translation into movie sets by the carpenters and lighting crew.

The death of Julius in 1932 and then the declaration of war mark the final withdrawal of Louis and Henry from  the family business, and a brief closure during the mobilization of the next generation of Séebergers Jean and Albert, Louis’ two sons who retain the name “Séeberger brothers” until closure in 1977, assisted by Jean’s wife, Suzanne (as secretary) then successively the Albert’s wife, Cecile (in editing), Jean’s son Daniel (as assistant), and various collaborators.

After the war the brothers continue with fashion photography as their specialty, alongside some industrial commissions, but with increasing studio work at a new premises 112 boulevard Malesherbes (in the 17th Arr.). While not in the vanguard, they digest the style of the Groupe des XV, typified in the work of Philippe Pottier, Pierre Jahan, René-Jacques, and Lucien Lorelle.

The family loyalty and devotion to photography endured across two busy generations; when Jean died in 1979, Albert wrote:

“I can not say enough how much I admired the one with whom I have worked for almost half a century.”

The catalogue of an exhibition of the Séeberger frères held June 27—September 2006 in the Richelieu photography gallery at the la Bibliothèque nationale de France, Sylvie Aubenas‘ and Xavier Demange‘s Elegance : the Seeberger brothers and the birth of fashion photography,  is still the authority on their fashion imagery and the fashions it documents, while a more in-depth discussion of the full range and techniques of their photography is still to be written. 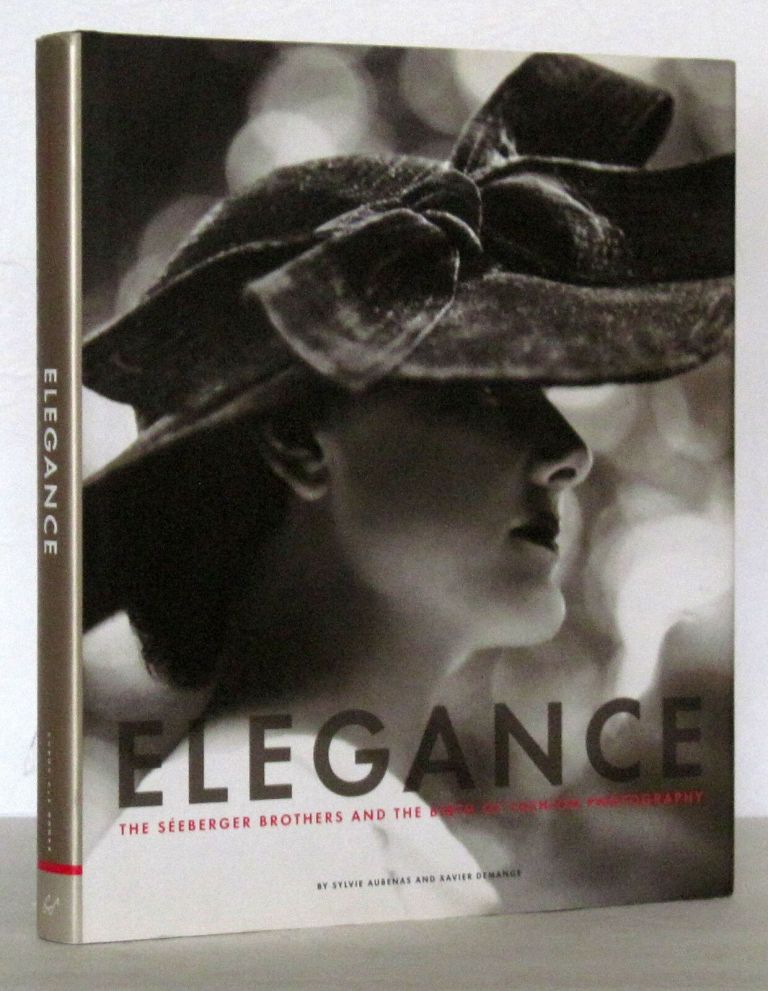 NOTE, June 30, 2019: I’ve used the research for this post to create a Wikipedia article on the Frères Séeberger