October 30: While one engages with an artist’s ethos and imagination through their imagery, an interview with them provides a verbal confirmation of our understanding of their work.

When contacted by Loupe magazine to provide them with an interview with an Australian photographer, I looked back over what I have posted here on this blog.

What stood out for me was the value of comparison, a strategy I find illuminating when I juxtapose, or explore analogies between, photographers of different artistic persuasion, generation or country of origin. I therefore proposed that same tactic to Loupe for an interview; to have two photographers respond not only to my questions but also to each other.

Jane Brown and Gerwyn Davies stood out for me as perfect for such an interview. To my joy, though both were very busy overseas, they consented. I had already identified a commonality. I had seen an early exhibition of Jane’s exquisite monochrome analogue prints, Australian Gothic, shown at Edmund Pearce Gallery in Melbourne in 2012. Amongst the range of Australian verancularity featured were gloriously kitsch architectural objects. One (above) depicted the Big Trout at Adaminaby near Lake Eucumbene in the Snowy Mountains, its giant form constructed in the early 1970s by an Andy Lomnici in fiberglass over a steel frame. Another was of a patchwork corrugated-iron garage facade shaped as a monumental map of Australia built to conceal the humble shed behind.

Davies is celebrated for his engaging and often hilariously ironic representations of our Big somethings—fish, pineapples, prawns, lobsters, merinos, bananas, you name it—the example above being Ballina‘s Big Prawn. These objects would seem to derive from Australians’ desire to create a tourist attraction in locations where they see nothing but Terra Nullius. It’s a legal concept that dates back to Roman law to justify the taking of things not already ‘owned’, but the notion serves as a giant red herring in the Australian ‘History Wars’, a dispute that centres on the bare fact that the civilisation that had continuously occupied it for more that 60,000 years was violently dispossessed of its land. Some would prefer to deny or even expunge such history, while others, seeking justice, look over the Tasman Sea toward the example of New Zealand which recognises, in a Treaty, its prior ownership by its indigenous peoples.

With that idea in common, we proceeded to discuss Jane’s and Gerwyn’s very different approaches to photography; Jane in the tradition of the fine print and the ostensibly objective approach, and Gerwyn’s showmanship and stagecraft that is digitally enhanced to exaggerate and fantasise on the subject.

Loupe had already started a series of interviews with collaborating or partnered photographers, and founder/print editor Luke Archer and online content editor Harry Flook, who are both photographers themselves, were happily interested in my idea and willingly provided valuable help and advice as the interview came together.

Archer’s projects include portraits of House of Lords peers that he made using a 100-year-old camera which formerly belonged to Alexander Bassano, the son of an Italian fishmonger who became a photographer of Victorian England’s own powerful and privileged. In another he approaches the crumbling monuments and emerging ecosystems of the  ‘Magnificent Seven’, large suburban cemeteries encircling London that were created in 1832 when exisiting cemeteries were overfull and before the onslaught of WW1 made them, in turn, inadequate. Vantage points were the uniting theme of a series he produced for a new magazine to be based on London with each issue tackling a different theme. He says; “Unfortunately the founders underestimated the challenge of launching a magazine, the first issue was never completed let alone printed. All that remains are my images a hint of what could have been, the only evidence of this failed magazine.” That in itself is a tribute to the success of Loupe. 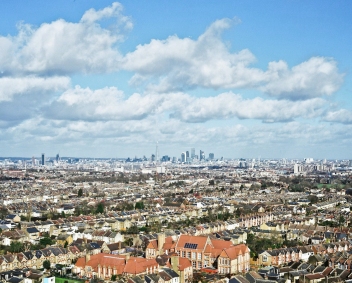 Editor of Loupe’s online manifestation, Harry Flook, is a 2017 winner of the Portrait of Britain award sponsored by the British Journal of Photography in partnership with Magnum Photos. He is equally busy, having just relocated to the Netherlands and previously operating from Bristol, he creates and curates web content while also feature writing for Splash and Grab magazine. Those who leave religion, often with some considerable pain, or because of it, he deals with in two projects that address the subject from differing perspectives: Beyond What is Written and Apostate. 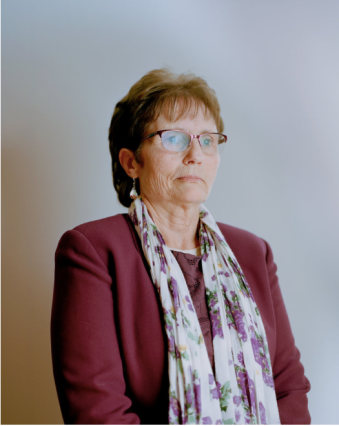 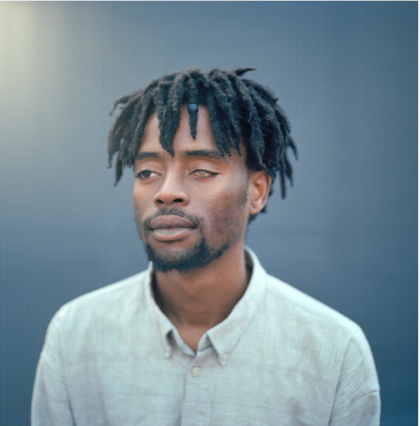 Published since 2016, printed copies of Loupe are distributed widely in the UK amongst galleries and other photography institutions, while of course the online version is available anywhere that there are people like you who are interested in the medium.

You can read the interview and see more of Jane’s and Gerwyn’s work here.

One thought on “October 30: Loupe”