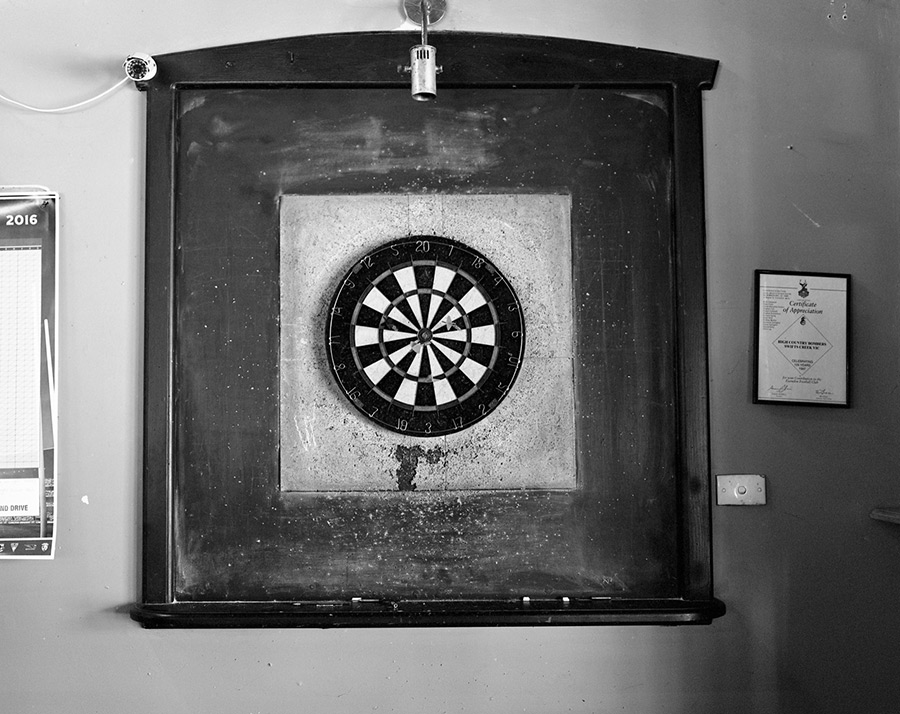 “There’s nothing so lonesome, morbid or drear, than to stand in the bar of the pub with no beer”…the words come back, remembered with no fondness, in the melancholy nasal twang of Slim Dusty, just as I heard them in the 1960s.

Countless times on the ABC Radio Hospital Half Hour that song was requested by jokey relatives for hapless patients, who might also be regaled with ‘How Much is That Doggie in the Window’ if they missed their pet.

At 7:15am weekdays after the Breakfast Show, while scarfing our porridge or toad-in-the-hole, my siblings and I would hear the gratingly cheery theme “Melody on the Move” by Clive Richardson played on the vibraphone of the Queens Hall Light orchestra conducted by Charles Williams. The show went on until 8.45am with the news in between, though I heard all of it only when I was home sick myself, as the cue to race off to school was the announcer Russ Tyson telling us it was half-past-eight.

How quaint it is to think that a whole national radio broadcast (international, come to think of it, because it was also on Radio Australia), could be devoted to sick people! Now they just lie in bed ignoring a blank television set on a bracket on the ceiling, or squinting at their mobile phones, or staring bleakly out into a slice of the corridor, no longer at one with hundreds of thousands of other listeners around the nation. The 1960s were a time of togetherness. We all looked the same, all did the same things. It was pretty boring, if you didn’t play sport.

The strains of Pub With No Beer must have also been heard here…in this room photographed by Jane Brown from her solo show Sporting Country opening today at Stills Gallery in Sydney.

The ladies lounge of the grand old Victoria Hotel in Goondiwindi Queensland would offer its guests breakfast here, in front of this shrine to Gunsynd, the ‘Goondiwindi Grey’ (so known because his owners, including the licensee of the hotel, George Pippos, came from Goondiwindi and he was a grey in colour). He won 29 races though the 60s and 70s. It must be December…there’s a string of lights, and isn’t that a Christmas tree in reflected in the glass of the gold-lettered honour board?

Here’s the photograph that we see enframed in Brown’s, a memento of the heyday of horse racing (no pun intended) when the stands were packed and the champion was adored by all, a legend.

We’ve cheered him from the grandstan’

And we’ve cheered him from the flat

He’s never thrown the towel in

Been a trier all the way

A horse we’re really proud of

The ‘granstan’ is empty, as are almost all of the monuments to sport in Jane Brown’s series Sporting Country at Stills, a symptom of a change in priorities in Australian culture. If there’s an up and coming Gunsynd now, he’ll likely gallop past stands just as empty; all the crowds having shifted into the pokies lounges of pubs across the country, or they’re placing their bets online, with no time to spend on the lawn beside the actual track.

Brown is familiar with the story of culture in decline. She was one of the six photographers selected by the Centre for Contemporary Photography to pay homage to Wolfgang Sievers great images of the industrial Australia of the period after the war, when he came here to escape Nazism, and up to the 1980s. She went to Broken Hill, where Sievers had documented the Broken Hill Associated Smelters site in 1959, and to the old Australian Paper Mills (APM) in Melbourne, now owned by Amcor;

It is quite saddening. You wonder what has happened to all these people who worked there. That sense of employment, that loss. It seemed so purposeful – they built these things to last, it wasn’t as transient as work is today. You could identify with it more, there was great pride in the work.

In a past life I was a shire councillor and in an official capacity frequently visited our bowling greens, golf clubs and football ovals, to be handed a strong mahogany-brown cuppa and a lamington before suggestions were subtly made about how the shire engineer might help out with a bit of asphalting here or a little grading of the car park there. 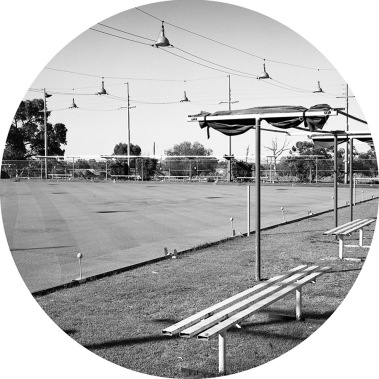 All of these sporting facilities were hard-won by the sweat, cash and dedication of the tiny bands of locals in these little hamlets scattered through the bush. Council amalgamations came along in the 90s, sports grounds were privatised, sold off or rented back to the ‘users’ as they were now called, without regard for this history of ownership, leaving the few who remembered to feel as dispossessed as had the indigenous on whose lands the ovals had spread.

You’ll see the white on green sign for Violet Town on the Hume Highway between Melbourne and Sydney, as you keep an eye out for their notorious highway patrol, but only the occasional car takes the side road. Most such by-passed towns and those in isolated places, like Swifts Creek, tucked amongst the Victorian Alps, are being deserted. Farming has changed into agribusiness, logging is largely restricted to plantation timber and there’s no work for the young. Despite big efforts to maintain and make the facilities attractive, the sports teams are shrinking.

Jane Brown uses black and white film, prints archivally on fibre-based paper, tones her prints in her own darkroom and uses circular masks for the temporal ambiguity they transmit to her work; we are left uncertain when the pictures were taken; it could have been last year, or fifty years ago. Her photographs, deadpan and squarely framed, each tote a payload of wry humour.

Historical curiosity is behind her projects. She says of her art practice “I often look to strange aspects of history,” which she backs up with thorough historical research into each subject, describing it as “definitely a big motivating factor”.

Also showing  at Stills is Down in the Dumps by Glenn Sloggett who for twenty years has been prowling the streets with his twin-lens camera loaded with colour film, searching out what everyone else would rather not see; the abandoned cars, the ugly pile of discards at Christmas blocking the entry to the Salvos op shop, a guilty husband’s forgive-me bouquet discarded disdainfully under a street tree, unkempt lawns, the joyless coin-in-the-slot kiddie ride outside the take-away, all bundled unceremoniously into a square format.

He speaks in the same vernacular as Brown with whom he is well matched in this pair of solo shows at Stills, but there is a bleakness, a blackness that makes you fear for his mental health, until you meet him, and you realise this is all done with a knockabout, easygoing sense of humour. It’s the sort of sarcastic dig that you’ll get from the bloke at the bar, meant to good-naturedly take you down a peg….exactly what Australian society is looking for.