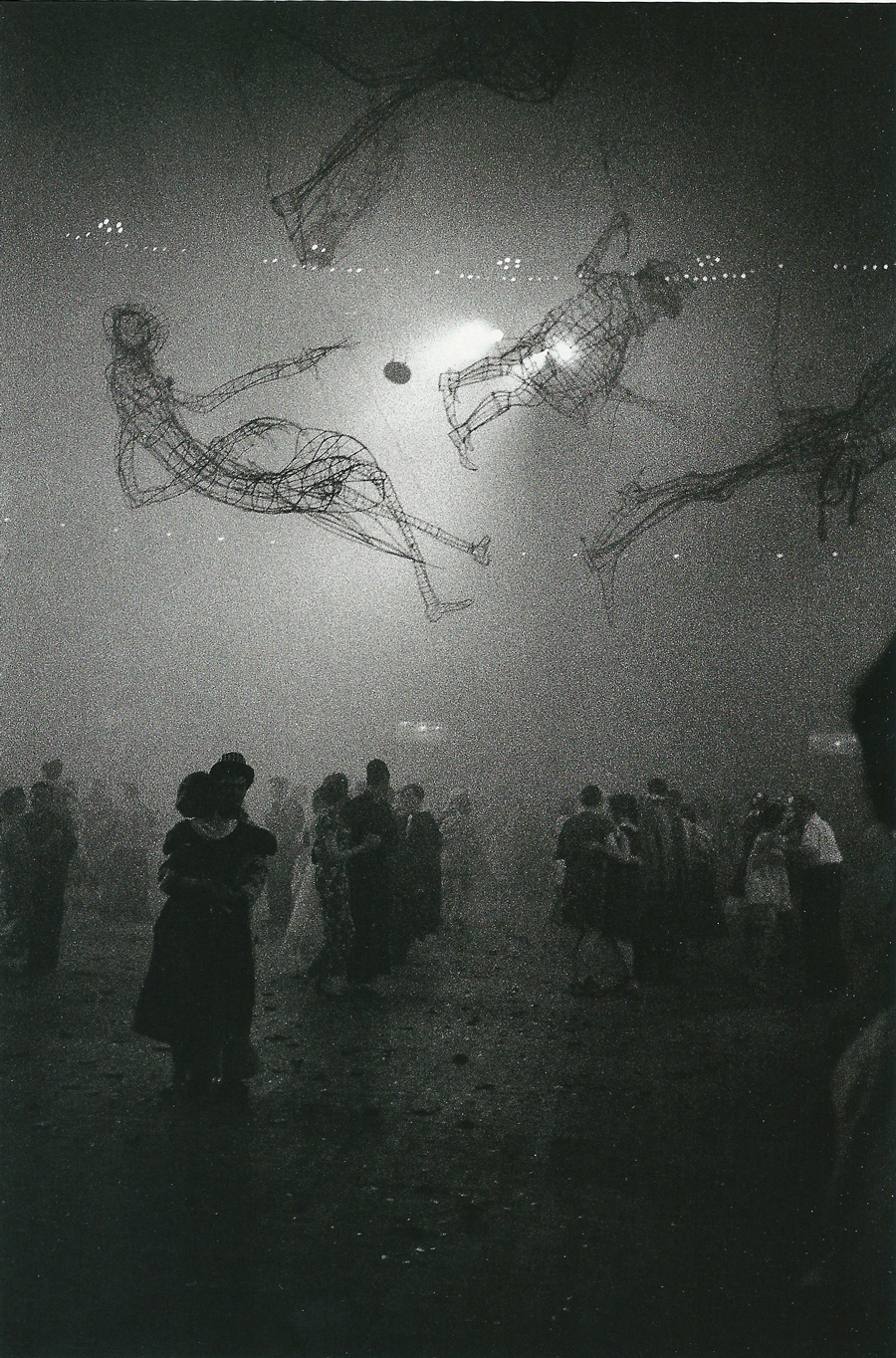 December 28: Today for my birthday today my thoughtful family gave me a book by a photographer of whom, I am ashamed to say, I had never heard, despite his being with Magnum and acknowledged in his homeland, Chile, as one of their greatest. The book, LONDON 1958-59, is not recently published – it appeared in 1998 (my edition 2002) – so I have little excuse.

It was given to me in the knowledge that it would be a touchstone for memories of three childhood years in London, where I lived from ages five to eight, returning to Australia the year before Sergio Larraín (1931-2012) arrived in the city.

Born in Santiago, Chile, Larraín began taking photographs in 1949 and travelled to Europe and the Middle East, then worked in Chile as a freelancer from 1954, becoming a staff photographer on the Brazilian magazine O Cruzeiro in 1956. 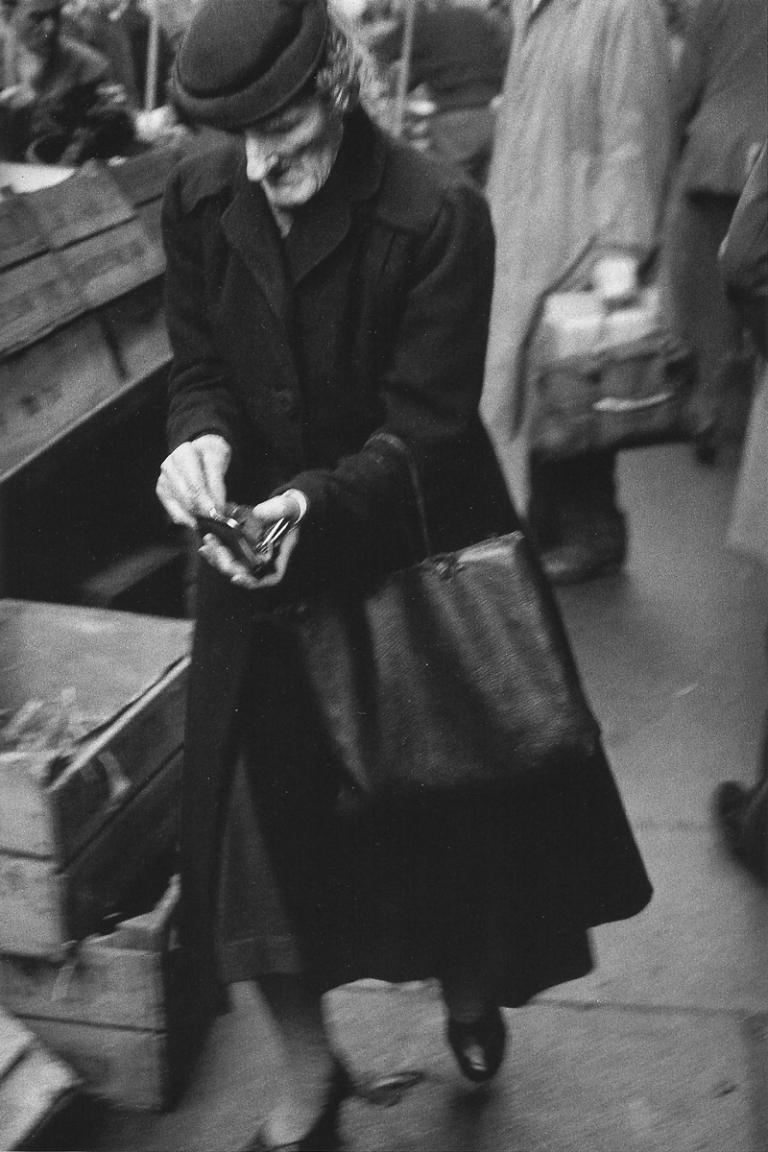 His London images are of a dark, austere city recovering prosperity after the post-war privations and the cessation of rationing only in 1954; penny-pinching is thoroughly ingrained in the habits of the woman above.

Full employment sets crowds of the subjects of Larraín’s pictures scurrying onto buses and into the Underground, here seen from the unusual vantage of the top deck of a bus.

Few of them seem to be aware of the photographer, but are sunk in thought, in private refuge from the surrounding throng. Larraín makes us especially aware of the crowding through a variety of strategies, always seeking new angles including a judicious use of the ‘Dutch tilt…

…exploiting the available frame-within-frame of vehicle windows and structures

…and extreme high or low angles of view as below, in several cases by placing his camera on the ground or on the floor of a train carriage. 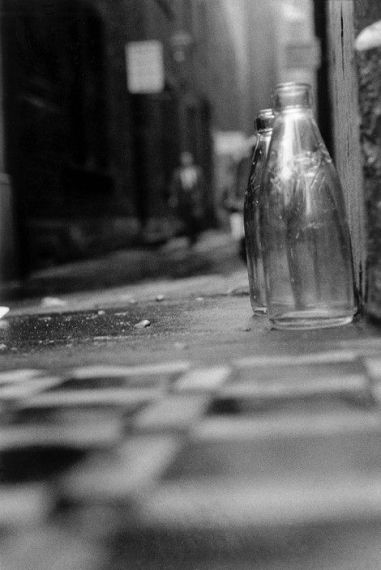 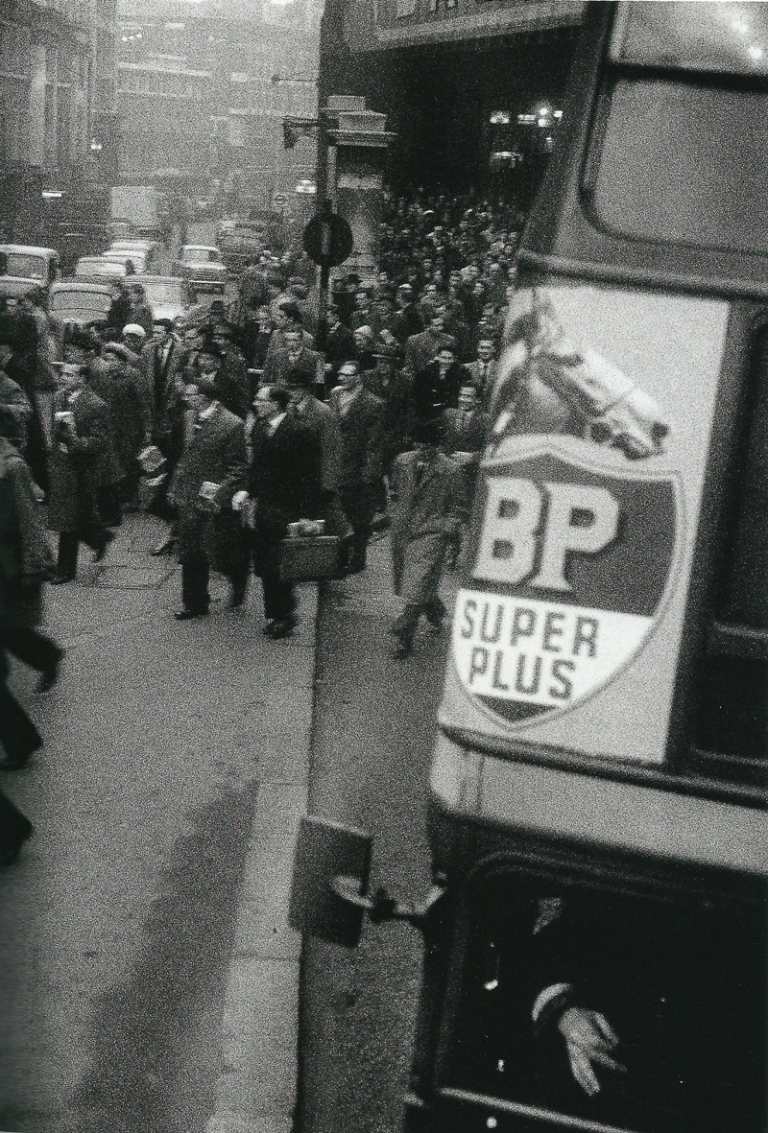 Shooting mainly in the ‘Square Mile’ of the City proper, the historic financial district that is home to both the Stock Exchange and the Bank of England, Larraín captures both the top-hatted bankers as well as the porters and workingmen in their peaked cloth caps.

A large portion of the imagery is made by the available light at night; street-lights and shopfront illumination. 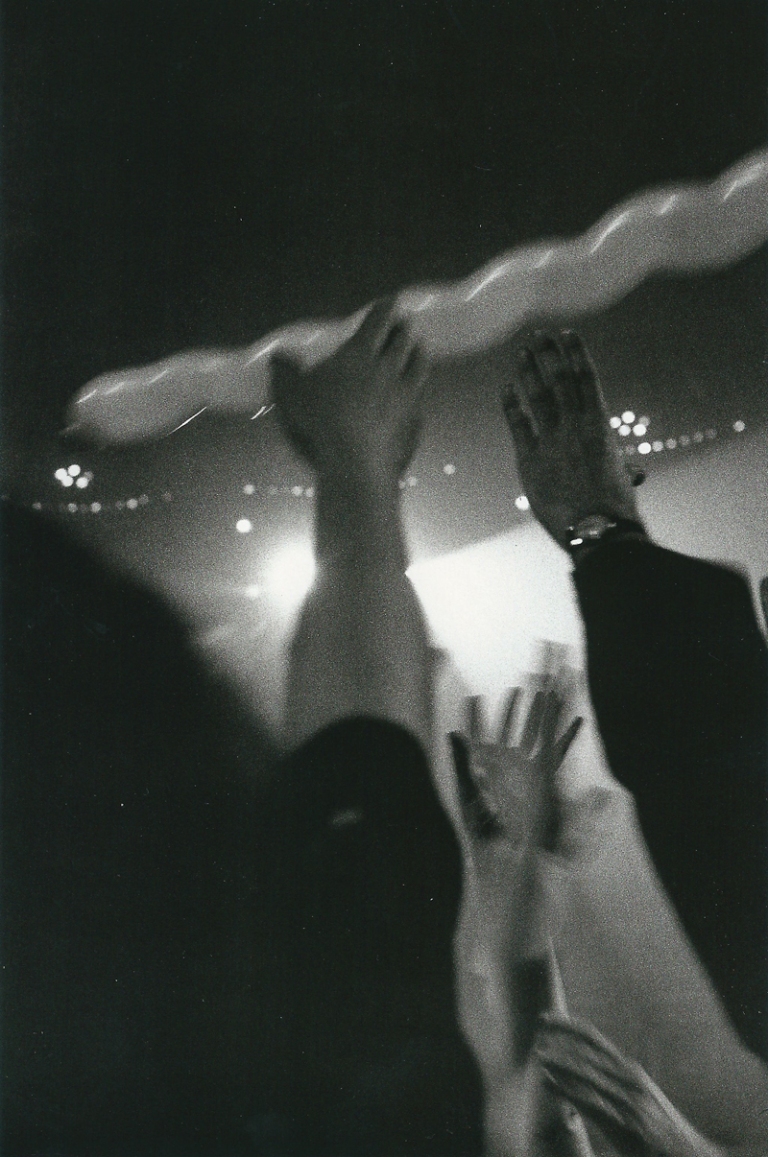 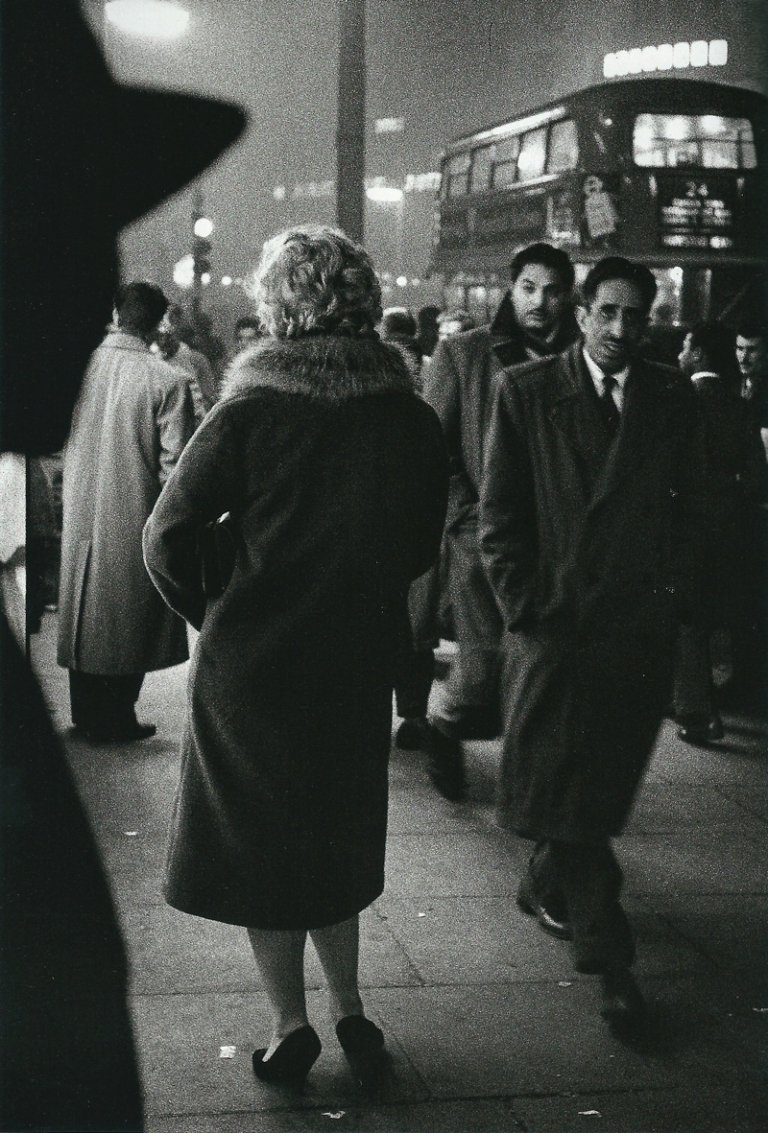 The daylight is mostly soft and muted, low and filtered through fog, smog and haze, any illumination from overcast skies barely edging its way between tall buildings. But in his determination to convey the atmosphere Larraín wields his 35mm camera regardless, unafraid of camera-shake, in fact favouring its expressive effect.

He describes his purchase of a Leica IIIC camera at the age of seventeen;

When I was 17 I went to study forestry, in the US, in Berkley. Because I wanted to live in the south of Chile, were the rivers and forests were intact, weather, like in the Alpes [sic]...most beautiful regions, now mostly devastated, by this predator, called man.

There, washing dishes, I saved my first money and bought my first Leica, not because I wanted to do photos, but because it was the most beautiful object I saw that one could buy (also a typewriter)…for the first time in my life I had money to buy what I wanted.

He was writing to Agnès Sire who, after earning a Ph.D. in philosophy and aesthetics at the Sorbonne, worked for influential intercontinental art dealer Alexander Iolas (1907–1987) at his eponymous gallery in Paris (1955–1987),  before joining Magnum Photos in 1984 as an art director. It was she who instigated the publication of Sergio Larraín’s first and most celebrated book Valparaiso (1991) and London 1958–59 (1998), and was an associate curator of Larraín’s 1999 exhibition at Instituto Valenciano de Arte Moderno in Valencia, Spain.

His relationship with the medium in which he so excelled was always equivocal, and the vacillation can be read between the lines of his communications with Sire;

Later on, in Ann Arbor, Michigan [where he continued his forestry studies] now 19, I was so confused that I decided to search for truth, and have a vagabond’s profession for that…and started studying flute, as I thought I could earn my living by playing it in cafes…then I was lent a photographic lab on the weekends, where I enjoyed enlarging and developing, learning the craft of photography,  I never ended paying the transversal [sic] flute I had bought, gave it back to the store, and came back to Chile, in a cargo ship…ending my university career having rendered [sic] only 2 years.

From there we traveled to with the family to the near east, and Europe, for a year, where I did photos. [the trip was intended to help recover from grief over the accidental death of his younger brother] In Italy [I] discovered visual arts and discovered there as another dimension to photography (in Florence, seeing the work of a photographer called Cuvalli) and seeing Tisiano [Titian?]…Then back to Chile, where I did go to live alone in a peasant’s adobe house, I rented for a year…I wanted to be alone, and find myself…(now 21)…I spent the year bare-footed, doing yoga…

He was a young man from a privileged and cultured upper-middle-class background, the son of a prominent modernist architect and scholar of Pre-Colombian art, Sergio Larraín García Moreno (1905–1999), who associated with painters like Josef Albers (1888–1976) and Roberto Matta (1911–2002). It is not unusual for someone with a high-achieving father and of such an upbringing to be indecisive about his career, and clearly Larraín’s search for meaning was driven by a desire to cut loose from conventions imposed by society. Photography took him to the streets to follow the adventures prompted by his own instincts and to earn his self-sufficiency.

It was there in Santiago, during his retreat into the commune of La Reina, then a semi-rural area, that he was moved to collaborate with charities such as the Hogar de Cristo and Fundación Mi Casa, to support children living on the streets through his photography. 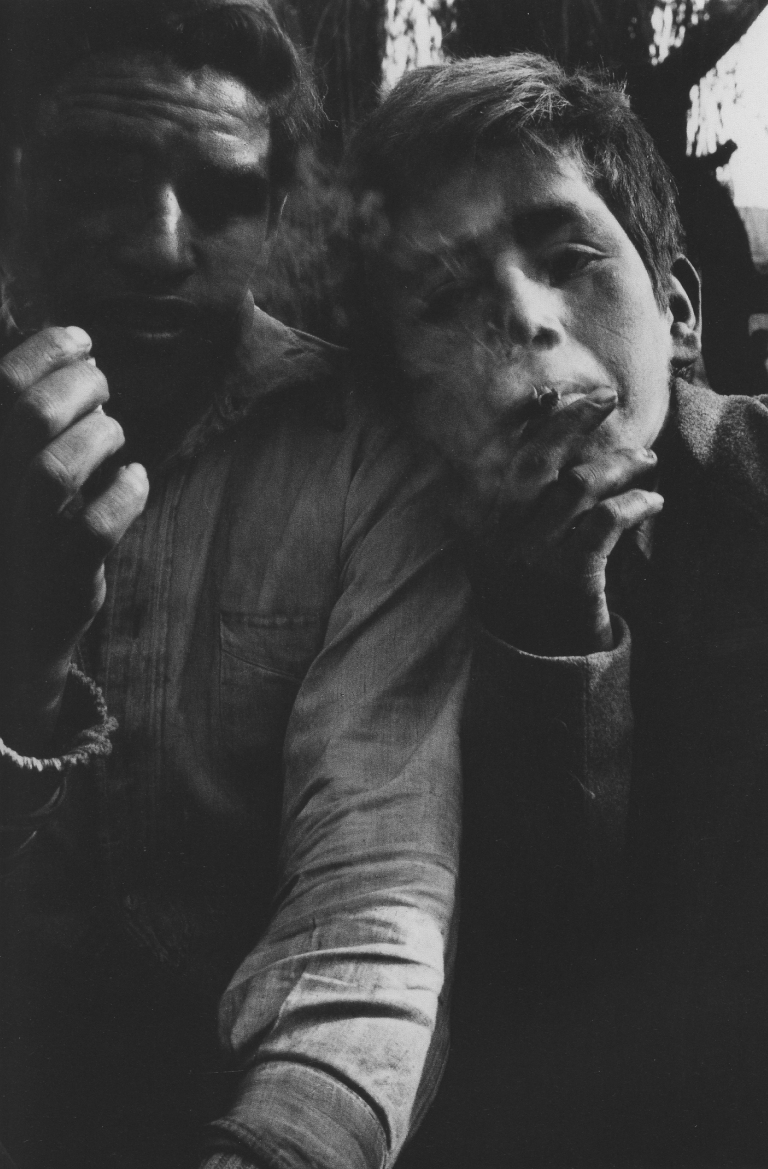 Edward Steichen, (1879–1973) curator of photography at the Museum of Modern Art in New York, saw these images and bought them. Just prior to receiving the grant to photography the London book, between 1956 and 1959 he was working freelance before joining the innovative illustrated weekly Brazilian magazine O Cruzeiro (‘The Cruise’) published in Rio de Janeiro where it was founded in 1928.

It is his humanist ethic that is apparent in these classic street photographs, sympathetic to the lives of ordinary people, whether in Bolivia or London. 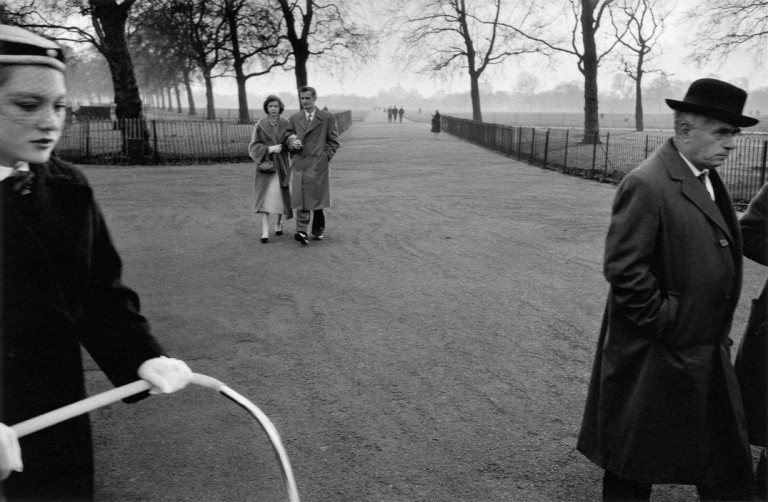 The book concludes with surreal images he made at the Chelsea arts ball, grainy intimations of the dawn of ‘Swinging London’ of the sixties which freed the city and a new generation from conservative restraint. 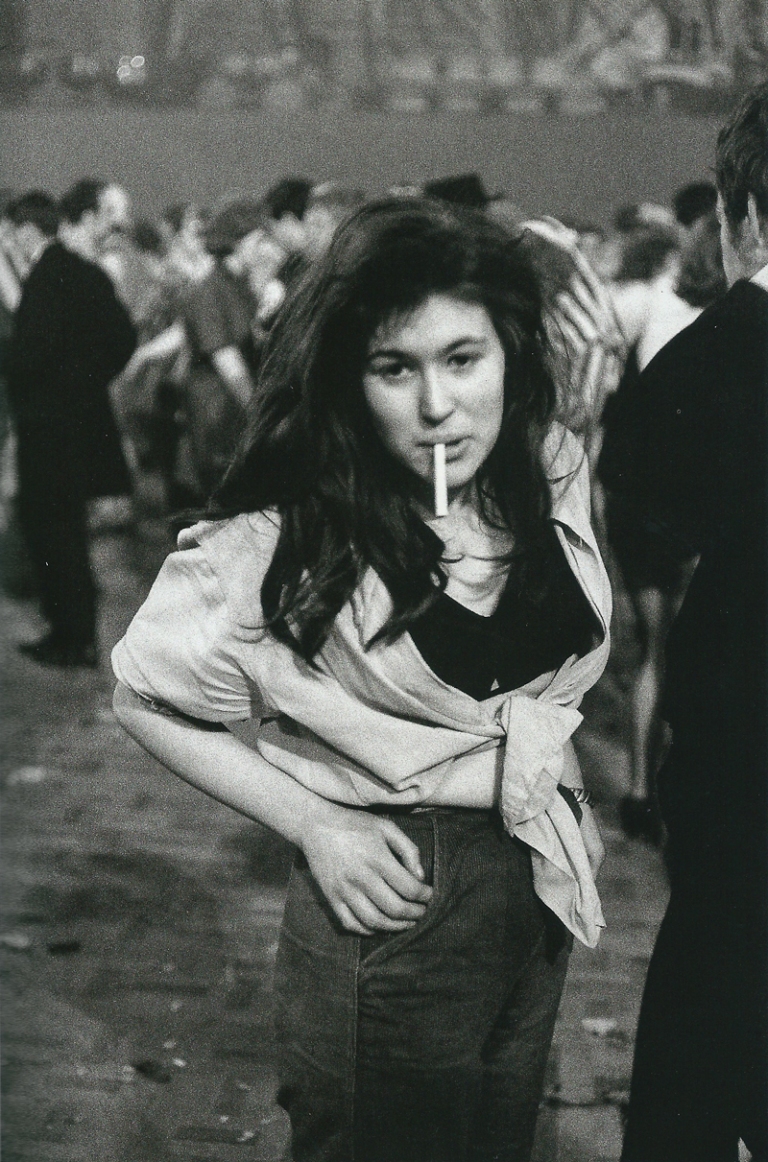 It was while working in London on the book I now own that he met Cartier-Bresson, so its photographs foreshadow the photojournalism he produced when he settled in Paris to work with the famous Magnum agency, though given that they were produced without commercial imperatives it is here that we see him operating as a ‘photographer’s photographer’, making the work for its own sake.

His period of working in Paris with Magnum was short lived even though during that time he contributed profitably to some of the most prestigious journals.

He produced stories on the Algerian War and Sicilian Mafia, a report for Paris Match of 16 pages in colour on remote Juan Fernandez Island 640km off the Chilean coast, and another on the marriage of Farah Diva to the Shah of Iran.

He felt compromised by some of the work he had to do, and it was difficulties over the latter assignment that prompted him to return to Chile in the early 60s determined to concentrate the themes that interested him most, without the commercial demands of the international press. 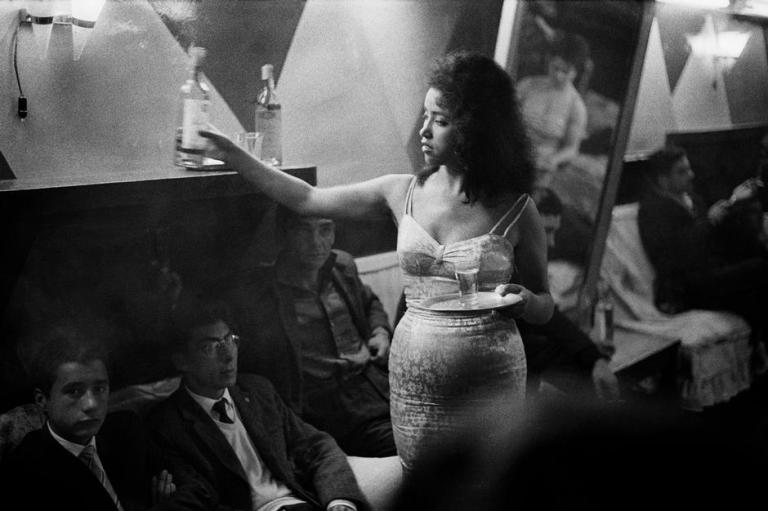 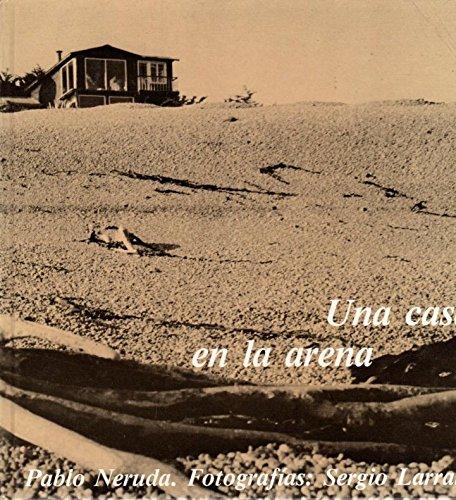 He worked with the poet Pablo Neruda (1904–1973) who was producing a book for Lumen in Barcelona, and then made pictures in Valparaiso that were first published in the magazine DU in 1966, accompanied by Neruda’s text. Pursuing a growing interest in  transcendental meditation and Eastern philosophies, he ceased his collaboration with Magnum in 1965 and in 1969 settled in Arica, in northern Chile to follow the Bolivian spiritual master Oscar Ichazo for three years.

In 1999, the year his father died, and following his retrospective Valencia Institute of Modern Art, IVAM, of Spain, he found himself besieged by the international media, and distressed at his sudden celebrity status, determined that nothing more be published during his lifetime. However, until the end he continued to send Magnum contact sheets, giving them rights over the work.

In a letter to his nephew Sebastián Donoso, who’d requested his advice, Sergio Larrain writes:

The game is to let go, to let the adventure begin..Follow your own taste and nothing else. You are life and life is what you choose.

It is Sergio Larraín’s fierce independence and determination to eschew the vanities of the photographic world that makes his work so genuine and innovative. In that, he bears comparison with Ed van der Elsken whom I celebrated on my birthday last year.

A Photographic Exploration of Edgelands and Subtopia