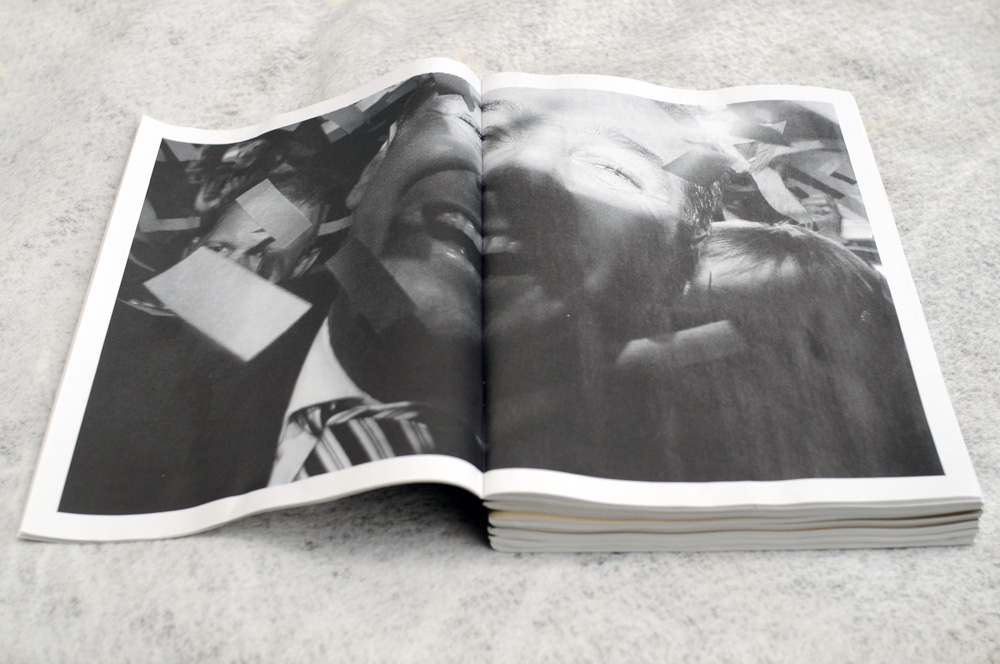 January 30: Appropriated media and documentary photography add up to a charged investigation of politics and propaganda.

Christina Werner’s exhibition There is always something left over … opens tonight Monday, 30 January at 7 p.m. at FOTOGALERIE WIEN with an introduction from Hemma Schmutz. The show continues to 04.03.2017.

Christina Werner, born 1976, studied photography and media art at the College of Graphic and Book Art in Leipzig. Today she lives and works in Vienna. She confronts identity and the politics of history in her photographic studies, which consist of curating in installations and photobooks both found images and documentary work of her own. By examining both the media and public space she critically reflects upon the rise of right-wing movements in Europe and worldwide.

Fotogalerie Wien is showing her first comprehensive retrospective in which she is presenting four projects. One is a large scale work Something Is Always Left Behind combines two pre-existing projects, Neues Europa and The Boys Are Back.

Neues Europa is manifested in a 106-page booklet that visitors are free to take away. Since each contains both right-wing imagery and records of xenophobic terrorism wrapped in a colour we associate with mid-century fascism, with its symbol of the attacking bird of prey, these are volatile documents.

It juxtaposes media images and quotations from right wing populism and racist activities with pictures and descriptions of the scenes of their crimes against victims as well as the memorials to those victims.

For the section on politicians and their poses Werner researched Europe-wide and used images from the internet, which, she says, feeds images to the masses:

For the section on the NSU [Nationalsozialistischer Untergrund] attack sites I had previously done some research: the depictions I found were however not of so much use to me as the photos were quite subjective amongst other things.

This is why I simply had to visit the sites of the attacks myself to begin with. At the same time, it was very important for me to go there and see them for myself – to get more details about the site and get a better feel for it: did the attacks take place in remote places? Or in inner-city areas? I visited a site in central Munich and could hardly believe that here, in the city centre, three shots were fired and somebody was murdered….there are commentaries about the crime sites, which are very matter-of -fact – they give the date of the attack, the place, and the incident. Then there are statements that are crossed out; these are quotations form politicians which I found particularly xenophobic….”

An earlier work by Werner in this documentary mode was Abendlandschaften (Evening Landscapes) a 00.07:21 duration video of refugee quarters are in Germany where, unlike the remote islands used by my country Australia for ‘concentrating’ refugees, these are in suburbs or near forest areas, which are nevertheless isolated ‘non-places’ where those sent there endlessly wait in disempowering, unnerving inactivity.

The video shows first-person viewpoints of a walker in the eerily empty surroundings and paths around asylum accommodation, with a soundtrack of footsteps, sounds of the environment and the voice of an asylum home resident.

In addition, part of this project is a wall installation of fragmentary images of people at right-wing events… 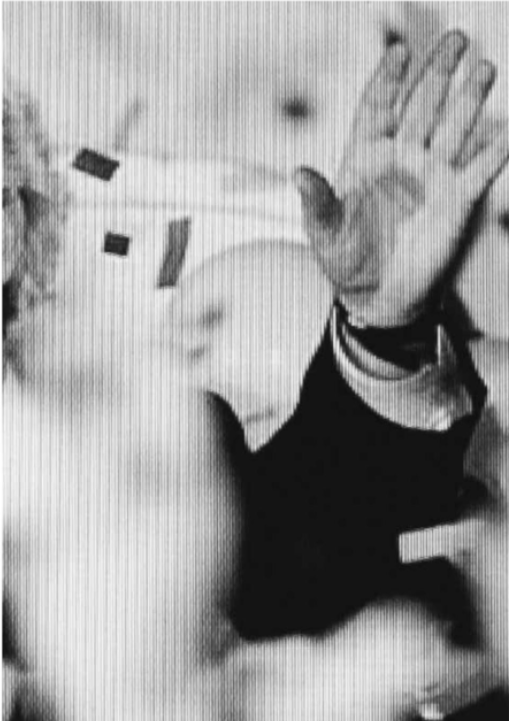 …short film excerpts from nationalistic speeches and the text panel, The Boys Are Back. 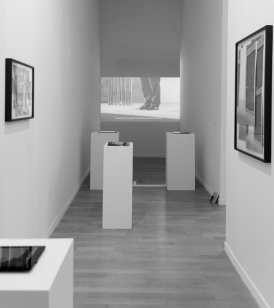 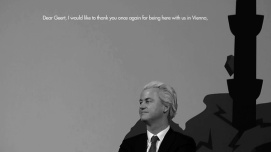 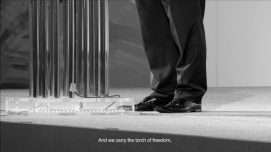 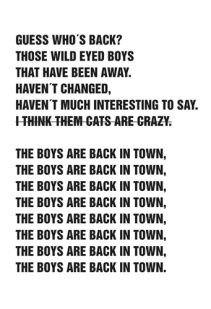 IN rough but gentle Werner makes even the white plinths of her installation ominous as they stand in for a crowd at a political rally, each equipped with texts of the jargon of the right wing, ranked in front of an image of ticker tape…or could they also be scattered pages? The installation reproduces the way public space, supposedly ‘common ground’, is appropriated by the emblems of a swing to a political extreme, blocking and restricting it.

Reflecting Pools concerns the memorial culture at ground zero in New York. In Summer 2016, Christina Werner travelled to New York in order to conduct research at the 9/11 Memorial & Museum. The she found and recorded the normalisation of a huge police presence, massive interventions in public space – like cordon barriers – and American jingoism. The pictures and the photo book are combined with a video with Donald Trump  talking after 9/11 about a new building that has to be ‘huge and majestic’.

As the right wing gains toeholds in Europe and America forges ahead with discrimination against Moslems, starting by blocking its borders to migrants from particular ‘profiled’ countries (but not those from which the perpetrators of the 9/11 attacks came), this is a brave and relevant exhibition.