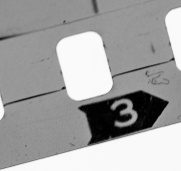 Here’s one; Joe Byrne, bushranger and member of the notorious Kelly Gang. In what is touted as ‘Australia’s first press photo’ we see his corpse suspended from the barred door of the Benalla lockup. The image was taken by German immigrant to Australia J. W. Lindt who had a studio in Collins Street, Melbourne and wass well known for his landscapes that adorned ‘red rattler’ railway carriages right up until the 1960s.

The other photographer in the photograph, taking a close-up, produced this image which appeared as an engraving in The Illustrated Adelaide News on August 1 1880, the year that newspaper ceased publication.

Judy Annear the National Gallery of Australia’s senior curator of photographs claims Lindt’s as “the first Australian press photograph. It has that spontaneity media photographs have, and it’s also very evocative with many different stories in it,” though I can find no evidence of it being published in any newspaper of the period. The name of the photographer who work was actually used in the Illustrated Adelaide News and elsewhere,  is named in the accompanying article:

During the forenoon the body of Byrne was brought out of the lockup where it lay, and was slung up in an erect position on the outside of the door, the object being to have it photographed by Mr. Burtnar, of Melbourne. The features were composed and in a natural way and were easily recognised. The face is small with a retreating forehead, eyes blue, the upper lip covered with a moustache, and a bushy beard covering his chin, whilst his hair had been recently cut. His figure is that of a tall, lithe young fellow. The spectacle, however, was very repulsive, and the police, therefore, soon had the body removed from the public gaze.

However, there is no record of a ‘Mr Burtnar’ operating in Melbourne as a photographer. A carte-de-visite exists however that shows Byrne’s corpse from the angle being viewed by the photographer in Lindt’s wider shot. This bears the name Burman, so quite possibly ‘Mr. Burtnar’ is an error in the Illustrated Adelaide News article.  William J. Burman ran a portrait studio and another of his images, undated and taken probably before his bush ranging days, is of Ned Kelly’s brother Dan. Another angle on Byrne’s corpse, from the extreme right of Lindt’s, perhaps taken by yet another photographer, also exists.

These are postmortem images and of course the converse would be ‘pre-mortem’ portraits; pictures of individuals, not merely immediately before their deaths, but with their knowledge or fear of their fate, or ones which in other cases it is the viewer of the image who knows this. That is the power of photographs we see of victims of homicide or of accident in the media; the sense that we are seeing a fate foretold.

The picture may have been taken by Wilhelm Brasse who was born on this date, 3 December in 1917, who became known as the “photographer of Auschwitz concentration camp”, though he was one of several, including Alfred Woycicki , Tadeusz Myszkowski, Józef Pysz, Józef Światłoch, Eugeniusz Dembek, Bronisław Jureczek, Tadeusz Krzysica, Stanisław Trałka, and Zdzisław Pazio whom the Camp Gestapo kept alive for the job of recording thorusands of photographs of their fellow prisoners, supervised by Bernhard Walter, the head of Erkenundienst.

The photographs themselves present a transgression of the subject’s own self-image. The carte-de-visite format forces a confrontation of the victim (which in this situation, they are) with themselves in a visual interrogation, by placing a profile and a three-quarter view either side of a frontal mug shot. The final image seems to depict the subject beholden to a higher authority.

Brasse had been arrested in 1940, at age 23, for trying to leave German-occupied Poland and sent to KL Auschwitz-Birkenau where because he had been a Polish professional photographer in his aunt’s studio his skills were useful. Brasse has estimated that he took 40,000 to 50,000 “identity pictures” from 1940 until 1945.

Brasse and another prisoner Bronisław Jureczek preserved the photographs when in January 1945, during the evacuation of the camp, they were ordered to burn all of the photographs. They put wet photo paper in the furnace first and followed by such a great number of photos and negatives that the fire was suffocated. When the SS-Hauptscharfürer Walter left the laboratory, Brasse and Jureczek swept undestroyed photographs from the furnace, scattering them in the rooms of the laboratory and boarding up the door to the laboratory. 38,916 photographs were saved.

Roland Barthes in Camera Lucida notes the effect we feel as we look at such photographs when he discusses his concept of the stadium and the punctum, and the affect of photography, using as example the portrait taken by Alexander Gardner onboard one of the ironclads U.S.S. Montauk or Saugus on April 1865 of Lewis Thornton Powell (aka Lewis Payne or Paine), the co-conspirator in the assassination of Abraham Lincoln hanged for his failed attempt to kill Secretary of State William Seward. Paine was executed 8 weeks after the picture was taken.

The photograph is handsome, as is the boy: that is the studium. But the punctum is: he is going to die. I read at the same time: this will be and this has been; I observe with horror an anterior future of which death is the stake. By giving me the absolute past of the pose, the photograph tells me death in the future. What pricks me is the discovery of this equivalence.

In the account by his biographer, Betty Ownsbey, Paine apparently initially resisted Gardner’s attempts to photograph him by shaking his head to blur the images, he is aware of his guilt as a would-be assassin and of his certain fate.

Not so these others.

As he removed their blindfolds Nhem En said “I’m just a photographer; I don’t know anything,” in answer to indignant demands for explanation and pleas of innocence of the newly arrived prisoners at Tuol Sleng prison, the most notorious torture house of the Khmer Rouge regime.

He knew, as they did not, that every one of them would be killed. The commander of Kaing Geuk Eav, known as Duch had orders to “kill them all”.

Like Brasse this job kept him alive. “I couldn’t make a mistake. If one of the pictures was lost I would be killed.” 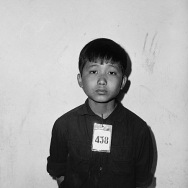 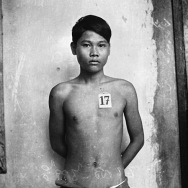 Fleeing with other Khmer Rouge cadres when the government was ousted by a Vietnamese invasion in 1979, Mr. Nhem En has since adapted and prospered in the new Cambodia and became a deputy mayor of the former Khmer Rouge stronghold Anlong Veng.

Theorists of photography like Barthes frequently remark on the automatic anachronism of the photograph, particularly the portrait. It is when we are presented face-to-face with people at this extreme that we come to a confrontation, not with John Donne’s “Do not ask for whom the bell tolls” sense of mortality, but with an astonishing stoicism that surprises us when we comprehend their state.

Australian indigenous people regard as a transgression, an act of disrespect, the act of looking at images of the dead, and truly, the effect is awful; it does injure the viewer to look at Nhem En’s or Wilhelm Brasse’s pictures of the soon-to-die.

Andrea Gjestvang‘s portraits after Norway’s Utøya massacre are of the survivors; surely the quality of their emotional affect must be different. But here we find no triumphant expressions. Yet there is a similar response in ourselves; there is our outrage of course, leading one to wonder if the perpetrator’s cell were papered with these images and one imprinted on his pillow, would they prompt something in him? But looking into these faces outrage and a thirst for revenge is not what one finds. Is it defiance, a will to live?

To survive an event like that One Day in History as the series is called, must be a complex condition. It is this range of responses that we encounter in Gjestvang’s portraits because we see them through her own sympathy, where the ID photographs of Auschwitz and Tuol Sleng prisoners are made unemotionally or in denial of emotions, by survivors escaped, at least temporarily in their own minds, from the suffering they photographed. 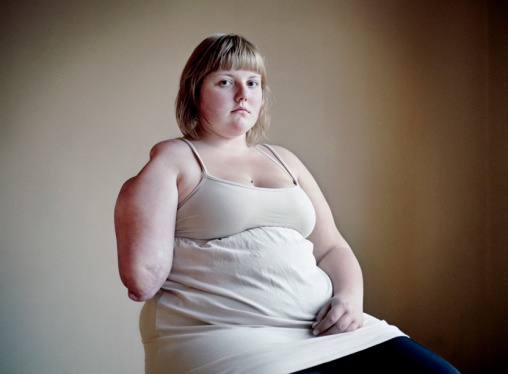 Portraits of children and youths who survived the massacre on the island of Utoeya outside Oslo (NO) 22.07.11, where 69 young people were killed. “My life changed in more than one way. In primary school, kids used to make fun of me. I felt sad and I retreated completely into myself. After Utoya, I have managed to return to the real me. Of course there are moments when I’m sad about what happened. But generally I’m positive, social and I appreciate life more.” Cecilie Herlovsen (17) hid at the south end of the island, where she was shot in her arm, her shoulder and chin. The last bullet was stopped by her wisdom tooth, which most likely saved her life. Cecilie had to have her arm amputated.Photo: Andrea Gjestvang/Moment 18.04.12 Sarpsborg, Norway

One Day in History: Portraits of young people who survived the massacre at the summer camp of Norwegian Labour Youths (AUF), on the island of Utøya outside Oslo on July 22nd 2011. When Anzor Djoukaev (17) from Lillestrøm came out from his hiding place under the sanitary building, he was arrested by the police and falsely accused of having a part in the massacre. He wasn’t allowed to call his family and friends to let them know he was alive. 69 people were killed, and around 500 survived. Some were badly wounded and one year later many struggle to return to normal life. PHOTO: Andrea Gjestvang/MOMENT 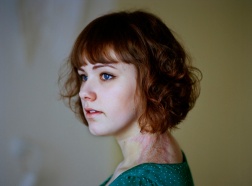 Portraits of children and youths who survived the massacre on the island of Utøya outside Oslo (NO) 11.07.11., where 69 young people were killed. “I bear my scares with dignity, because I got them standing for something I believe in.” Ylva Schwenke (15) hid by a path called “The Love Path”. She was shot in the shoulder, her stomach and in both of her thighs. Photo: Andrea Gjestvang/Moment 06.03.2012 Tromsø, Norway

That is where the truth of the portrait lies.