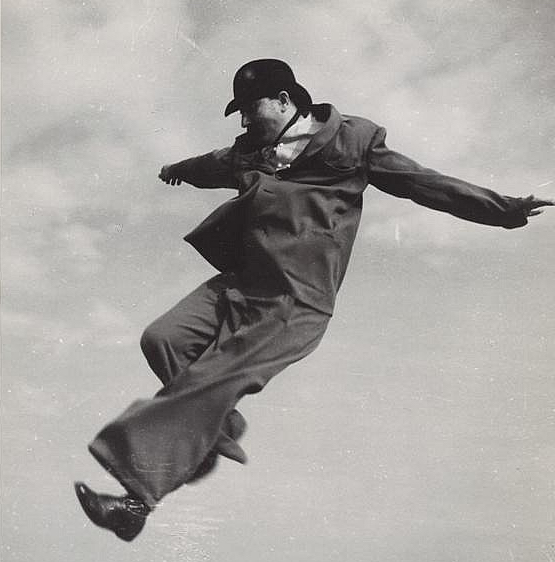 March 31: The photographer who vanished.

Karel Hájek (*1900), journalist, photographer and typographer died on this date in 1978 in Prague in Czech Republic, but before that he disappeared from a photograph, victim of his country’s political volatility.

The man in the picture below right is Klement Gottwald (1896–1953) who, after the banning of the Communist Party in Czechoslovakia, had emigrated to the Soviet Union in November 1938. During the war, Soviet leadership saw opposition to Fascism as an opportunity for them in Czechoslovakia and in 1943 Gottwald agreed with President Edvard Beneš of the Czechoslovak government-in-exile located in London to unify domestic and foreign anti-fascist resistance and form the National Front. This was the opportunity that would help secure Communist influence in post-war Czechoslovakia through a coup organised with clever machinations by Gottwald who created a crisis which saw non-communist ministers and President Edvard Beneš resign, and Gottwald, in accordance with the 1920 Constitution, formally elected as President on 14 June 1948.

Below is probably one of the photographs that Hájek was taking from his angle, used later in this photomontage commemorating the events of February 21, 1948.

Gottwald nationalised industry and collectivised farms despite considerable resistance to Soviet influence within the government to which Gottwald respond with brutal purges, first to remove non-communists, later to remove some communists as well, including Foreign Minister Vladimír Clementis and Gustáv Husák (the leader of an administrative body responsible for Slovakia), who was dismissed from office for “bourgeois nationalism” and jailed. He was rehabilitated in the 1960s and became the leader of Czechoslovakia in 1969.

The photograph is from 21 February 1948 and author Milan Kundera (*1929) describes it in his magic realist The Book of Laughter and Forgetting, recording how Foreign Minister Vladimír Clementis (1902–1952), who stands next to Gottwald on the left, gave Gottwald his fur hat because it was cold. When Clementis was charged in 1950, then executed on 3 December 1952, his face was erased from the photograph, and photographer Karel Hájek obliterated completely, by the state propaganda department. For Kundera, the episode serves as an example of forgetting in history.

Is it because the retouching was made easier by the erasure of Hájek the photographer, since he is just in the way, or because of his beliefs?

On 13 June 1950 the Interior Ministry seized 80,000 of Hájek’s negatives, his entire life’s work, from his apartment and loaded them into a truck. Prior to the seizure a search of the apartment was made in Hájek’s absence and without the permission of the prosecutor, but witnessed by his wife, the dancer Slávka Procházková, who was ordered to maintain silence with the promise that after examination for politically sensitive materials everything would be given back.

Hájek had moved to Sokol to work from 1918-1926 as a tram driver during which, around 1920, he began to photograph the city from his tram cab using his 9x12cm plate camera, as well as enthusiastically recording his family life with his first wife Vlasta. By 1925, now equipped with a Rolleiflex he had become prominent in the Czech Amateur Photographers Club and began having his work published in tramway publications and picture magazines including international editions.

In 1932 he was the first to join the Union of Czechoslovak reporters when he became a reporter for newspaper and magazine publisher Melantrich, working under the name Lesík, photographing industry, agriculture, sport, sociocultural events and politics and portraying actors, painters, writers, musicians and statesmen including President TG Masaryk. His greatest scoop was to cover a mining disaster, though in the process he fell from a roof and smashed his elbow and his Rollei.

His first comprehensive solo exhibition in Prague in 1935, with a catalogue by Jiri Trnka (1912–1969) attracted thirty thousand spectators, after which he traveled to Turkey, Hungary, Yugoslavia, Bulgaria, Romania and Austria. 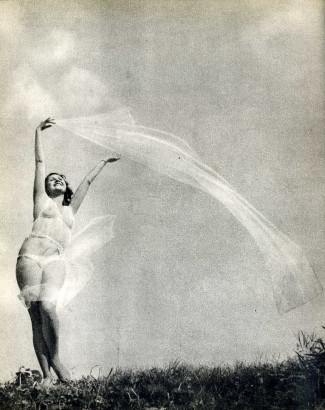 During 1936-1939 he was producing up to ten daily reports and was a central figure of Czech photographic reportage. His dance pictures attracted Russian-born Pavel Barchan (1876–1942) who was one of the leading figures among the Russian Émigré in Berlin, and had played a major role in the success of the Ballets Russes in Germany at the early 1920s, but in 1934 fled Germany, and settled in Paris.  Barchan collected photographs of ballet dancers and even photographed them himself and as the owner of a Paris picture agency he engaged Hájek in April 1939 as a stringer for LIFE magazine for which, on a monthly advance of £23, he delivered reports; on the Sokol meeting (1938) Pardubice races, funeral of President Masaryk, the Carpathian government headed by Voloshin and the first meeting of the Slovak parliament. Barchan was later to be arrested in October 1942 and by November had been murdered in Auschwitz.

On 15 March 1939, the Ides of March, Hájek positioned himself on the platform of the traffic policeman in Prague’s central Wenceslas Square to photograph the arrival of the German occupying forces, immediately sending the negatives to LIFE. The pictures are credited worldwide to news agency ČTK, rather than to him.

Throughout the war he continued to produce photo reportage which was published in the Czech weekly magazine Pestrý týden (Colour Weekly) which after the war became Svět v obrazech (The World in Pictures). In 1944 his brother John was arrested by the Gestapo and imprisoned in České Budějovice, Tabor and Theresienstadt.

On 4 May 1945 he photographed the Prague revolution from a studio apartment on the 1st floor with an excellent view and has it immediately processed by a photographer on Old Town Square. Arrested and taken to Gestapo headquarters, Hájek was able to avoid imprisonment by showing he was a LIFE reporter. 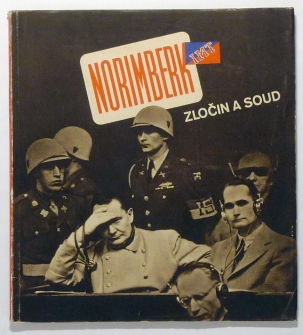 After the war, he was the only Czech reporter able to photograph the court proceedings of the Nuremberg trails. His approach was to juxtapose images of the war criminals on trial, presented as cowering figures of and guilt, with archival pictures showing their actions during the war, thereby demolishing their defence of distance by establishing a their culpability in ordering these atrocities. Hájek’s perspective was that of one who had himself suffered under the Nazi regime in Czechoslovakia.

Simultaneously, and as an antidote, he continued with a series for The World in Pictures on human characteristics and emotions (laughing, crying, hands, sleeping).

Up until his retirement in 1963 his photographs of collective farms and industry and his travels in Bohemia, Moravia, Slovak and abroad are tendentiously pro-communist, sufficiently so that he received an award for outstanding work from the President of the Republic. Nevertheless, his attempts in 1958 and 1960 to retrieve his seized archive failed.

His work won international awards at Photokina and the Chicago photo salon, he held his second comprehensive exhibition in Prague tours Brno, Ostrava, Karlovy Vary, Martinique, Bulgaria and Germany and published his book “Hunting Beauty”, promoting the idea of hunting without guns.

However it was only in 1965, after greater recognition brought an invitation to lecture at the Vienna school of photography and after his solo exhibition toured South America, that the Interior Ministry finally returned about 16,000 of his negatives, and in the next year he was anointed ‘deserving artist’ and his visibility to his country was restored.