January 3: Father Brown is the hero of G K Chesterton’s short stories in which he solves mysteries and crimes using his intuition and keen understanding of human nature.

The character was loosely based by Chesterton on Father John O’Connor (1870–1952), a parish priest in Bradford, whose life almost exactly overlaps with that of another Father Browne, this one spelt with an ‘e’, his first name Francis, who was born on this date in 1880 in Cork, Ireland. He was a photographer, also with uncanny intuition and insight into human failings and strengths. 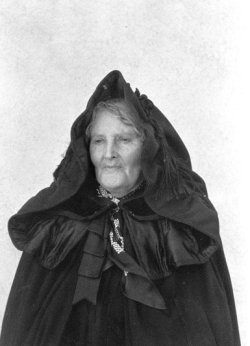 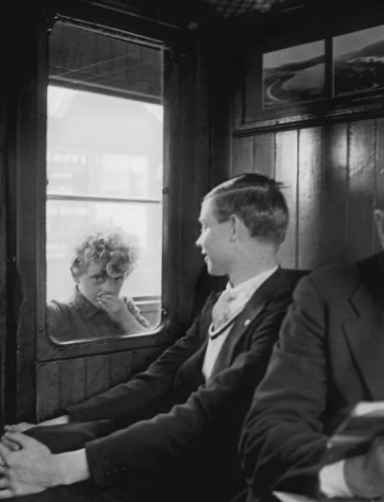 Clearly he makes good use of the privilege of access that his position gave him in a religious country where few would deny his request to photograph them, but at the same time a warmth is transmitted in these photographs that reveal the man’s benign curiosity about people and his gregariousness. His images of other priests show them enjoying themselves, and communicate his sense of humour. 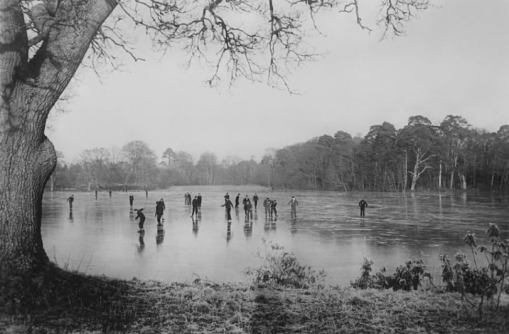 Famously he made the last known pictures of the ill-fated passengers of the Titanic’s first and last voyage in 1912, on which he traveled the London to Ireland leg on a First-Class ticket which was a gift from his uncle. When he was befriended by a millionaire who offered to pay to continue with him on the journey to America, he was refused permission by his superiors…on this occasion it was not intuition that saved him from possible death.

Frank took about 80 photos on board, including images of many crew and passengers, including Captain Edward J. Smith, gymnasium manager T.W. McCawley, engineer William Parr, Major Archibald Butt, and numerous third-class passengers whose names are unknown.

The press clamoured for his pictures after the sinking and Kodak offered the priest free film for life, which encouraged him to keep on with his photography, about which he wrote a series of practical advice columns for Kodak’s magazine. He appears on the commonest Irish postage stamp (55 cents) to mark the 2012 centenary of the sinking of the Titanic.

Thenceforth he added, at a rate of 400 or more good pictures each year, to the albums he had started on an 1897 tour of Europe 15 years before with shots from the camera that was another gift from his uncle, Robert Browne, Bishop of Cloyne. So valuable as realist records, his photographs were used as references for the film Titanic, for example in this scene in which a boy plays with a spinning top, long used in art as a symbol for temporality.

Required to travel from parish to parish as preacher to Jesuit missions and retreats all over  Ireland, from Cork to Laoise to Roscommon and Donegal, Father Browne’s photographs furnish a valued insight into life in the country during the early twentieth century.

The record he made was only broken during his heroic involvement in WWI, in which he was not only wounded five times but also gassed, consequently suffering respiratory problems for the rest of his life.

He has been called by some the ‘Cartier-Bresson of Ireland’, but in truth he’s probably closer to being a J. H. Lartigue. Though without the latter’s wealth, he did lead a life of travel and experience that only the rich could have afforded in his time.

His travels brought him also to Australia. In 1924, he suffered from ill health, and it was suggested he would recover quickly in a warmer climate, so he was sent on an extended visit to the southern hemisphere during which he photographed at every port of call on the voyage then when he arrived, documented outback stations, the inhabitants of isolated townships, new immigrants, and members of Irish religious orders.

While these pictures might be considered Outback cliché, the effort he made to portray his subjects respectfully is clear in the way he has crouched to the level of the individuals in these two shots. 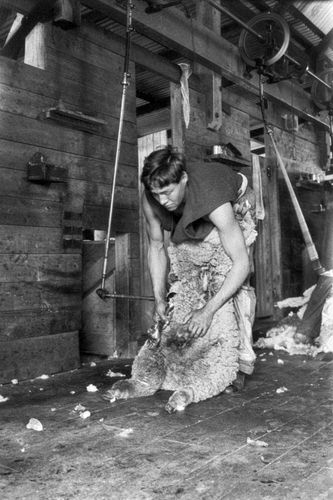 The most prolific period of Frank’s life was spent doing parish missions, as the schedule of evening preaching gave him opportunity to spend the days photographing in Ireland and occasionally in England.

Frank Browne (1939) Waiting for the ‘holy hour’ to end outside Dublin pub.

Frank Browne’s collection of delicate and volatile nitrate negatives lay forgotten after his death in 1960. They were found fortuitously in 1986 when Father Edward E. O’Donnell, SJ, opened a large metal trunk in the Irish Jesuit archives. O’Donnell brought the negatives to the attention of several publishers who put together themed collections in book form. However many were in poor condition, so it was not until they restored and digitised by David and Edwin Davison that they gradually came into wider circulation from 2005 and gained greater attention. To date there have been some 25 books of the photographs published, and the work is now being widely exhibited. A website gives access to a large number of his photographs.

Frank Browne did not escape literary connections however; though he was not Chesterton’s Father Brown, he was, according to the Irish Times, a class mate of James Joyce at university in Dublin, who modelled the Jesuit Mr Brown of Finnegans Wake on him:

“…that the gossiple so delivered in his epistolear, buried teatoastally in gossiple their Irish stew would go no further than his jesuit’s cloth, yet (in vinars venitas! volatiles valetotum!) it was this overspoiled priest Mr Browne, disguised as a vincentian, who, when seized of the facts, was overheard, in his secondary personality as a Nolan,…”