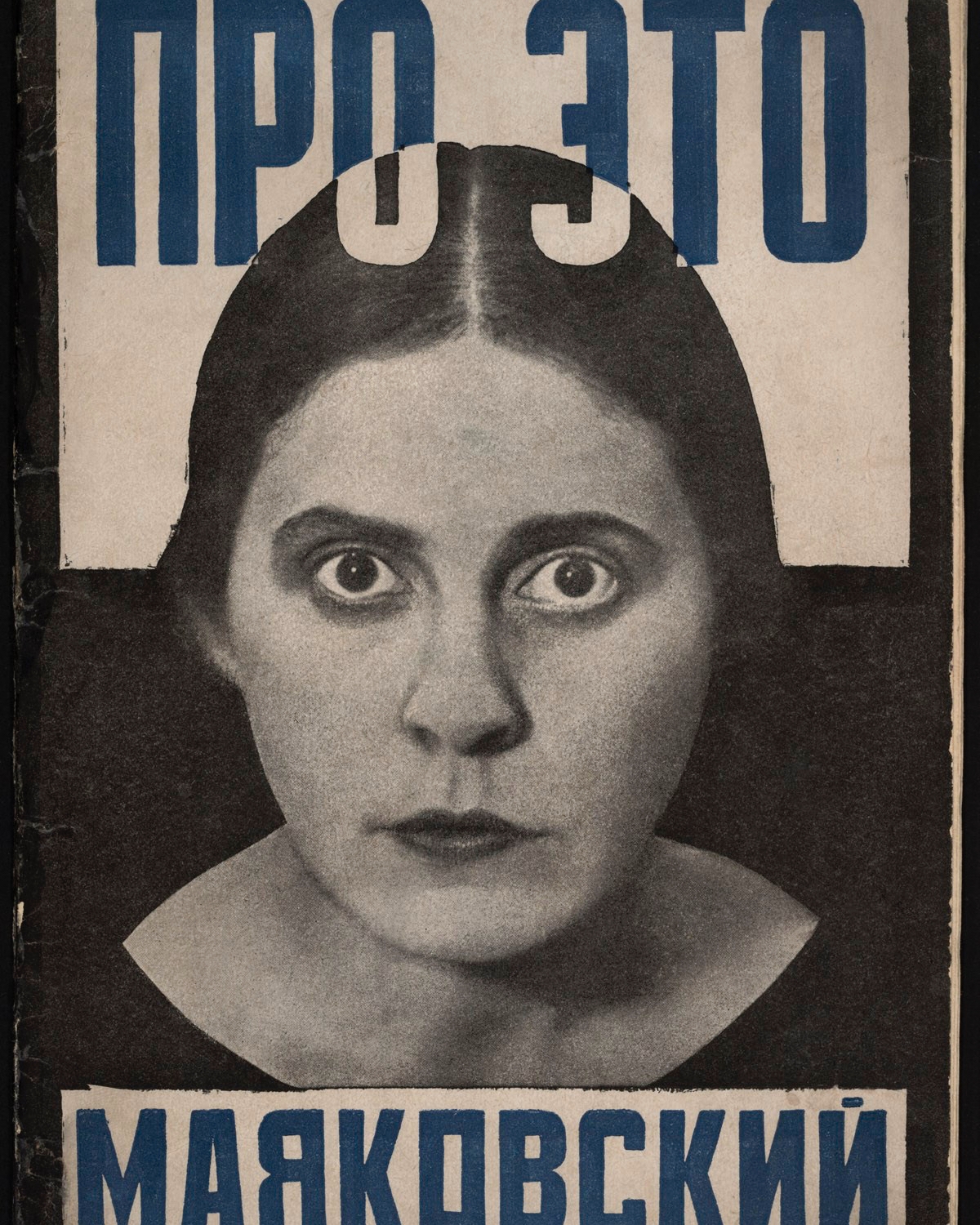 December 6: It is not possible these days to ignore Russian influence on Western politics, and nor should we fail to recognise the effects that photographic developments in the Soviet Union had in America and Europe.

Sovfoto was established in 1932 as the only agency to represent Soviet photojournalism in America and until the fall of the Communist/Soviet bloc, it remained the exclusive legitimate source of news photography from the Communist countries [see my contributed Wikipedia entry].

Though during the Cold War, the Sovfoto representative Edwin Smith was hauled before Senator McCarthy’s House Un-American Activities committee, nevertheless Vanya Edwards today continues to operate the agency from New York , representing ITAR-TASS in Russia and Xinhua in China and others, while maintaining the historical archive. Collections are held also at MacLaren Art Centre in Barrie, Canada, and at Amherst University, both of which exhibit the photographs in themed exhibitions from time to time. The exposure by Sovfoto certainly has something to do with the respect shown in the West for the quality of Soviet photography, if not for its propagandistic qualities, though it the influence on capitalist advertising and industrial imagery is patently obvious.

Despite its prominence, it is fiendishly difficult to find accurate historical information on the extraordinary photography of this era in the Soviet Union. Many of the photographers worked under the label of agencies like Russfoto, Unifoto, and Soyuzfoto and, after the Second World War, Novosti, which, being collectives, did not identify the photographer individually.

Abram Petrowitch Shterenberg is an example. It is possible to discover that he was born in Zhitomer, and died on this date in 1979 from the biographical information and his work held in the Sovfoto archives, but other details are sketchy because during his last 15 years he lived in isolation, totally forgotten.

He began his photographic career at the age of 15. In 1919, he joined the Red Army. As a soldier he attended a school of art and design, and worked in the army’s photographic department. After the war he worked in B. Kapustianskii’s photo atelier in Tashkent, Uzbekistan working on commissions and soon became a professional photographer. Seeking more work, he decided to settle in Moscow and was active there as a photojournalist while staying with his brother David Petrovitch Shterenberg, a famous painter who worked in the IZO section of the Narkompross under Anatoly Lunacharsky.

Shterenberg (his name is sometimes spelt Sterenberg) was a master of portrait photography, a technical virtuoso and gifted artist. In 1927, he submitted about fifty examples of his work to the exhibition “Ten Years of Soviet Photography”, mostly portraits.

This undeniably powerful portrait of an unknown worker was part of an exhibition at George Eastman House, Rochester, New York in November 1984. It demonstrates his skills in lighting. It highlights the texture of the skin which, with the application of a little oil glows with the rugged rude health of a hardworking labourer.

Crosslighting generates deep shadows in the creases of the skin while the light from he left, the source situated further behind sets the eye socket deeper into darkness. These effects dramatise the physicality of the subject whose uncombed shocks of hair roughen the contours of the image.

Even shooting at close quarters with perilously shallow depth of field that would require the subject to remain still, Shterenberg manages to retain animation in the man’s expression. As is so often the effective strategy in propagandistic imagery of this kind the angle of view is slightly from below so that the subject is recognised by the viewer as heroic, but Shterenberg’s innovation is to bring the face close enough to encourage identification with this unidentified comrade by a revolutionary audience. 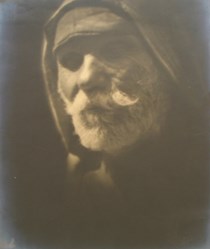 However though Shterenberg never retouched the backgrounds of his photographs to give them a more “artistic” painterly look like Moisei Nappelbaum or Zhukov, there are traces in the qualities of his portraits of his early exposure to Pictorialism which had spread to Russia first through European magazines and the Moscow Society of Art Photography. Its champions were Evgeny Vishnyakov in Russia and Jan Bulhak from Poland, and in the following generation, Aleksei Mazuin, Sergei Lobovikov, Piotr Klepikov, Vassily Ulitin, Nikolai Andreev, Nikolai Svishchov-Paola, Leonid Shokin and Alexander Grinberg.

Shterenberg was criticised for his Pictorialist tendencies by his colleagues who sought to render the new socialist reality in an uncontrived manner. Much critical discussion amongst artists of the time around different approaches to representation polarised them into factions who on the one hand sought to apply experimental modernist forms and those who argued that everyday reality be presented.

These competing approaches characterise the two main photography collectives; the October Group and the Union of Russian Proletarian Photographers (ROPF). They held simultaneous separate exhibitions at the House of Publishing in May 1931, where significant differences in approaches to composition were apparent; while October photographers approached reality in a fragmentary manner, ROPF images presented realist, holistic representations of Soviet social development. At the same time, even here, there was a cross-pollination as ROPF photographers employed techniques and the radical angles used by October photographers and that became almost a cliché of Soviet photography.

In 1928 the formation of the October Union brought together the film-makers, architects, sculptors, graphic designers and photographers already recognised as avant-garde worldwide in the teens and early 1920s who included Alexandr Rodchenko and Sergei Eisenstein. The photography section, the October Group, was formed two years later, in February 1930 led by Rodchenko, with members including Elizar Langman, Boris Ignatovich and his wife Olga and sister Elizaveta Ignatovich, Abram Shterenberg, and Dmitri Debabov. They sought to bring  mass production techniques to creativity, developing new media with which artistic production served as a tool in socialist construction. Seeing themselves as cultural production workers, photojournalists in popular media such as newspapers and magazines, they held photo workshops in the factories and collective farms.

They rejected the “abstract left” photographers like Man Ray and Laszlo Moholy-Nagy but also the patriotic realism emerging in the Soviet Union and any commercialism that was returning with market forces under Lenin’s New Economic Program of the civil war period.

Their practices are reflected also in Shterenberg’s Worker and the equally intense portrait of poet Vladimir Mayakovsky (1893-1930), in the extreme close up he uses to fill the frame.  His photography challenges the much better known Rodchencko’s portraits of the same man for sculptural presence, drama and technical virtuosity.

Grigorii Chudakov‘s Pioneers of Soviet Photography (1983) pays special attention to portrait photographers such as Mikhail Nappelbaum and Abram Shterenberg, calling them ‘the models of art photography of the 1920s’, from which it is clear that Shterenberg remained steadfastly artistic in his approach, so it is is intriguing to see Rodchenko’s use of portraits that Shterenberg made.

Rodchenko collaborated with Vladimir Mayakovsky with the intention to appeal to the Soviet proletariat rather than to the artistic elite. Together they produced government advertising posters, books, several journals, and Pro Eto (‘About This: To Her and to Me’), featuring the first photomontages by Rodchenko to be used in book design which illustrate  the long love poem Mayakovsky wrote for his lover and muse Lily Brik, whose portrait is on the cover, and inside  Lily Brik appears in various poses, but always staring out at the camera. Most of the photos for Rodchenko’s montages were in fact taken by Abram Shterenberg over a period of a few days in 1923.

Radical layout design by Rodchenko with photographs by Shterenberg and others was used in this elaborate fold-out issue 12 of  USSR in Construction of December 1935 ‘The Fearless Soviet Parachutists Parachute Issue” that celebrated the popularity and heroic status of parachuting and parachutists in the Soviet Union. 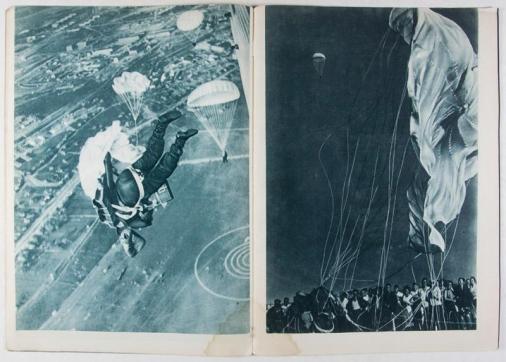 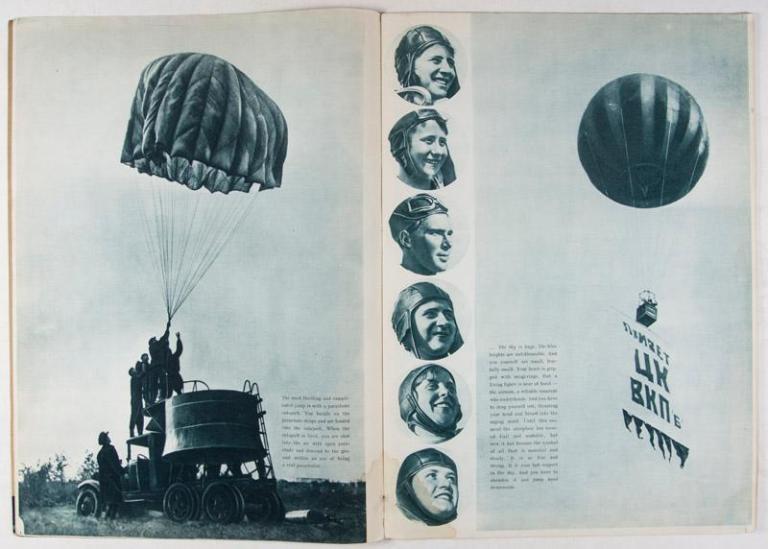 Abram Shterenberg’s straight documentary work (above) is made to appear radical in its context of these layouts. On an assignment covering young Soviet children in a state-run summer camp, the conventional but sensitive quality of his work seen in isolation can be appreciated. Published by Prague University, the captions were written in Czech. 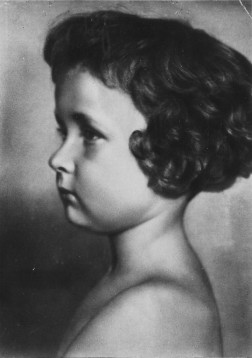 ‘Игуся’ from Abram Shterenberg – Children in the USSR (1933) a hand-bound album of pasted silver gelatin prints. 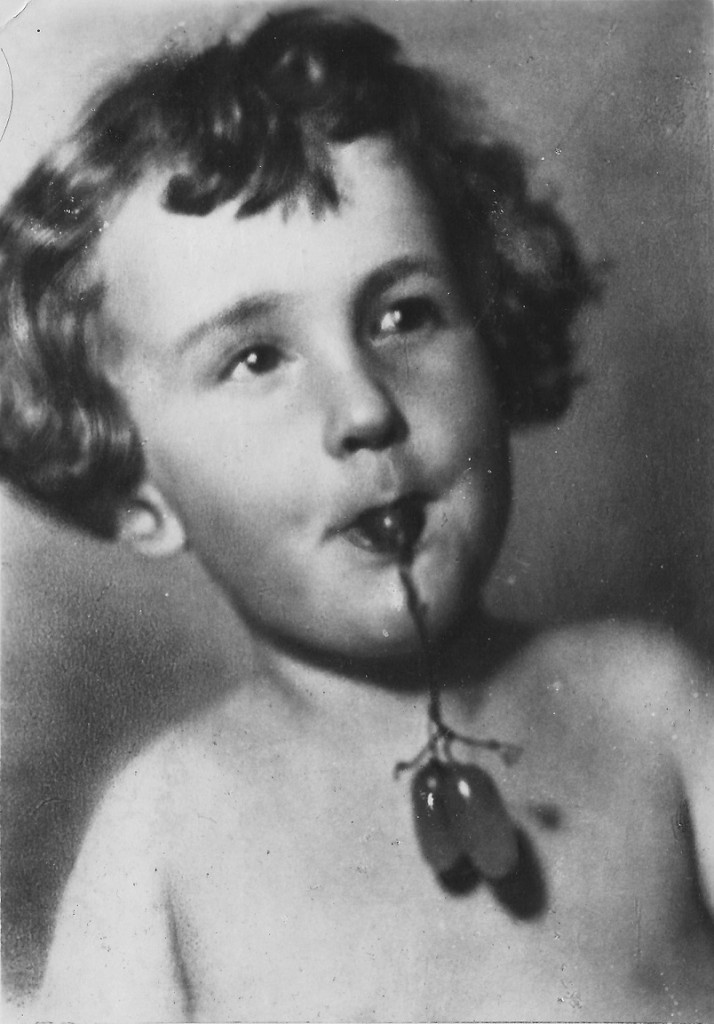 Abram Shterenberg – Игуся from Children in the USSR (1933) a hand-bound album of pasted silver gelatin prints.

During the 1930s, Shterenberg exhibited several times in Russia and abroad, but after being accused of formalism,  became a news photographer and took pictures of parades and demonstrations in Red Square for agencies Russ Photo, Union Photo and Sojusfoto. He was also a member of the group Pirogovo. He was one of the leading photographers covering the meeting between the Soviet icebreaker Malygin and the German airship Graf Zeppelin. After the Second World War he photographed for the press agency Novosti, but gravitated once again to the portraiture he loved, experimenting also with landscape and still-life photography.

Though he died only in 1978, his record is scant; he is one amongst many Soviet photographers who are worthy of being recovered from the obscurity of the archives and given the attention paid to many, arguably lesser, Westerners.