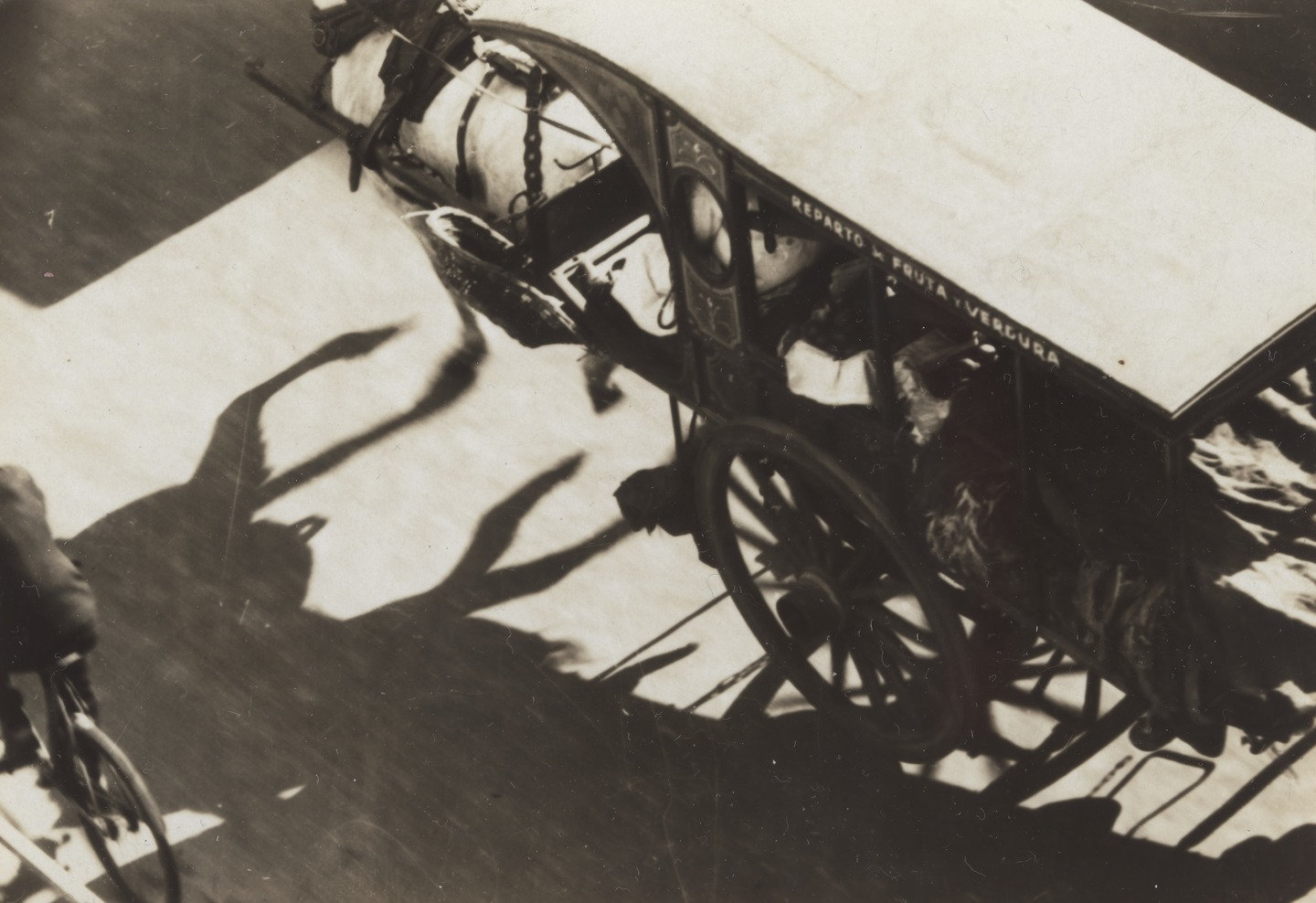 June 18: The Modernist influence in photography spread well beyond Europe and into the USA, but also into Argentina with Horacio Coppola, (*1906) who died on this date in 2012.

Horatio Coppola, child of a large and wealthy Italian family, migrants to Argentina, had started taking pictures in 1926 during his university studies in Buenos Aires. He also founded Buenos Aires’ first Cinema Club. A chance meeting with the Futurist Marinetti inspired him to experiment with prisms and glassware placed between still life subjects and the camera lens of a large format 8×10 that he obtained in 1928.

Shortly after, in 1929, on a short trip to Europe, he purchased a Leica camera that would remain his instrument of choice for the rest of his career and with it photographed night scenes in Buenos Aires.

The results are evocative of the cosmopolitan city that ranked with the major European capitals both culturally (Colón Theatre was one of the world’s top opera venues) and in terms of burgeoning construction; the city’s main avenues were built during those years flanked by South America’s then-tallest buildings and served by its first underground system.

Coppola is associated with Grete Stern though their brief marriage (1935-1943), whom he met while they were both studying at the Bauhaus School in Germany between WWI and WWII, and both were influenced by Walter Peterhans who taught photography there, though it was never a stand-alone subject.

The similarity of subject matter and abstractionist treatment in the images by teacher and student above shows the impact and principles of Peterhans’ teaching (1928 to 1932) in which he placed primary importance on precise and detailed capture of tonal gradations.

Training at the Bauhaus, along with the magic realism of his acquaintance Jorge Luis Borges who had commissioned his photographs for his Evaristo Carriego, influenced the surrealist effect of his night photographs, such as this scene with the gigantic shadow of an unlit street lamp clearly projected onto the facades, flanked by a petrol pump and a billboard advertising beer.

They are also redolent of the maritime climate of the city. On a hot night in the working class artists’ district La Boca, he positions the open door of a bar at one edge of the frame under a darkened terrace. Noisy patrons crowd the brightly lit interior behind a phalanx of silhouetted bentwood chairs. Outside dusk falls and a car weaves away, leaving trails of light under the street lamps. The atmosphere is straight out of a Hopper painting. 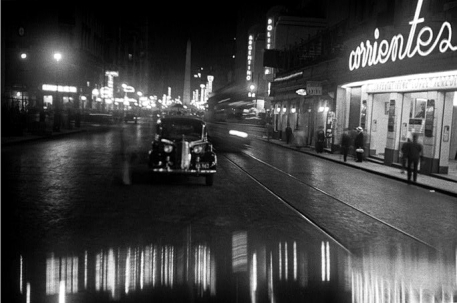 Horacio Coppola lived to be 105 years old, a great avant-garde artist of the 20’s and 30’s, but slow to be recognised internationally due to his reluctance to allow his work to be exhibited and sold outside his native Argentina, apart from a small collection in the Museum of Modern Art in San Francisco. He produced numbers of books, including Buenos Aires 1936 (Visión fotográfica) commissioned by the Mayor’s office on the city’s 400th anniversary and which established his reputation in the country and others on art and artists.

His reference in this complex photomontage to Juan Gris is befits that great Cubist in its cleverness, drawing together multiple exposures of angles and profiles of the guitar, negative, positive and in bas-relief, and wittily, the bust of a woman to echo the shape of the instrument and to hint at the dancing it provokes. The newsprint background is typical of Gris.

Horacio stood at the window where he lived on Esmeralda Street. I asked him what made him happy. He turned to me and said; “See.” 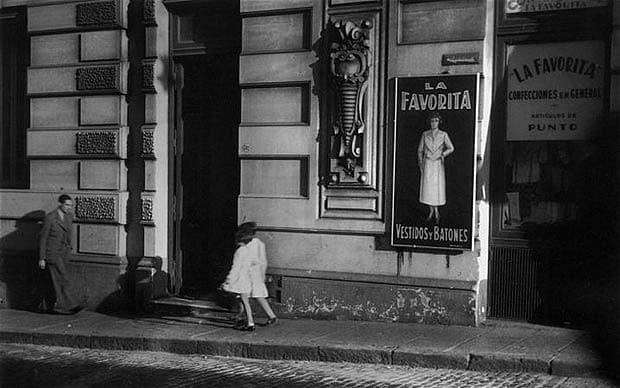