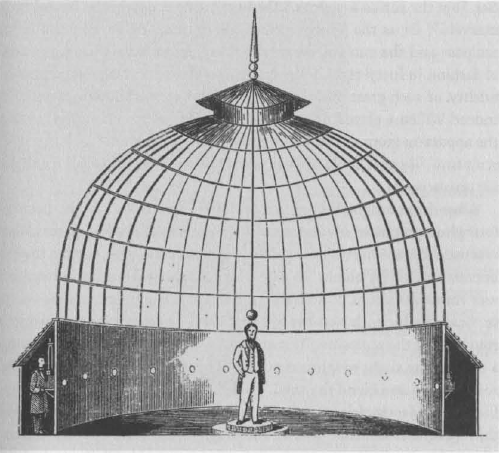 May 27: We may think of 3D printing as a very contemporary phenomenon, and yet it appeared within 30 years of the invention of photography.

In the early 1860s a modern cupola, forty feet wide and thirty feet high constructed of iron mullions with blue and white panes of glass, rose at 42 Boulevard de l’Étoile off the Arc de Triomphe.

Rumours circulated that it was to be a conservatory, a zoo for small animals in the English style or an aquarium. Few guesssed it was a photographic studio. It bore a sign Portraits from mechanical sculpture: Busts, medallions, statues.

Poet Theophile Gautier, after visiting it in 1863,  likened it to “an Oriental copula, a weightless dome of white and blue glass,” while author Paul de Saint-Victor, called upon his readers to:

Imagine a vast glass rotunda containing no instruments of any kind, no apparatus visible to the naked eye, nothing to offer any indication of the wonderful operation about to transpire. 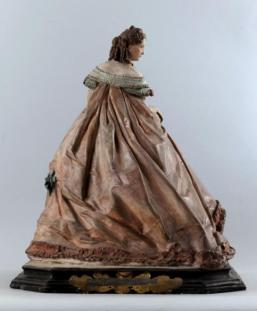 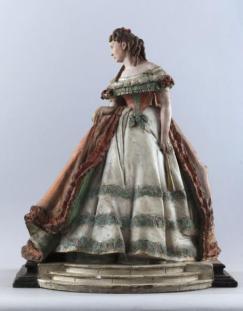 Gautier himself bravely posed for a sculpture there:

It is a vast rotunda, its floor covered with fine mats, with walls of a soft and neutral tone, containing no instrument, no apparatus of odd or complicated structure. Twenty-four consoles applied to the circular wall support the statuettes or busts of various persons which the photosculpture has reproduced. From the cupola descends a plumb line terminated by a silver ball just above two superimposed plates, which are divided by black lines corresponding to numbers. You climb on these two discs forming a stage, you take the pose that is the most natural and the most familiar: the operator counts ten seconds and asks you to step down. He no longer needs you. Already all your profiles have been captured and developed by invisible workers.

In the shadow of the consoles shone twenty-four eyes, twenty-four lenses that you did not see, but which looked at you and transmitted your reflection to as many daguerreotype cameras placed in a corridor surrounding the rotunda. These daguerreotype cameras open and close simultaneously by means of a mechanism as simple as ingenious. They deliver twenty-four images of the same person or the same object taken from all possible angles. It is a wonderful eye that surrounds and envelops you, instead of perceiving you as the ordinary eye from a single angle of incidence.

Sometimes it happens that the model, still ignorant of the processes of photosculpture, is surprised that, after a few minutes, a ready-made statue is not brought to them, for it is one of the signs of time that we have this unlimited confidence in miracles of science; but things do not happen in photosculpture quite as in photography. The statue does not appear as fast as the image but has to be released from its block.

Photosculpture de France, was a new commercial endeavor initiated by the artist Francois Willeme who who was born this date, May 26th, in 1830.

He had filed a French patent on August 14, 1860, titled Photosculpture Process, which described a technique for producing portrait sculptures relatively quickly and cheaply.’ 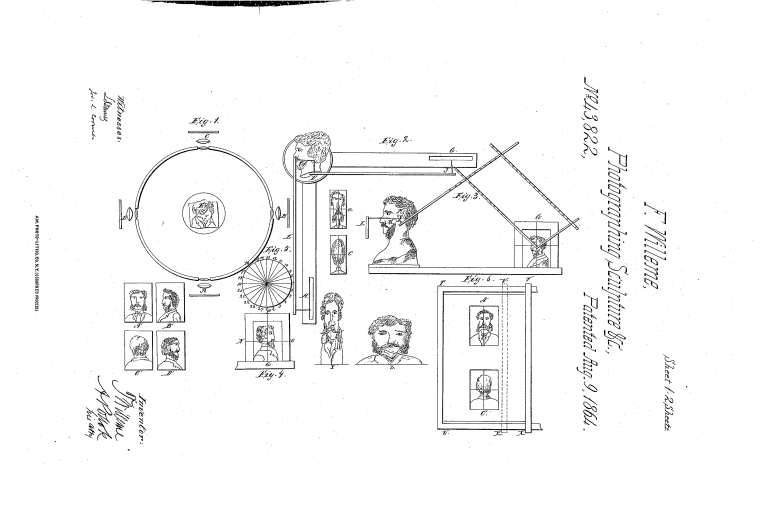 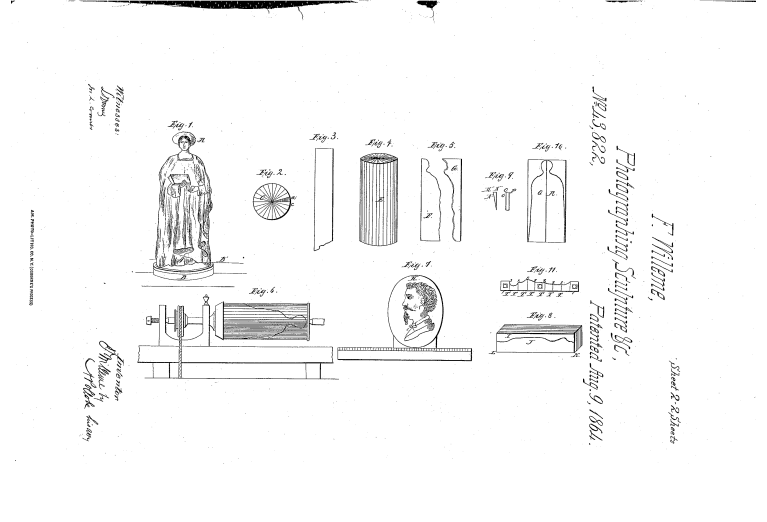 Be it known that I, Francois Willeme, of Paris, in the Empire of France, have invented certain new and useful improvements in the means and apparatus for copying and reproducing sculpture and other objects of art, and I hereby declare that the following is a full, clear, and exact description of the same, reference being had to the accompanying drawings.

This invention relates to an improved process termed “photo-sculpture” which is based on the employment of photography in connection with the pantograph. By this improved process I am enabled to produce sculpture exactly similar to the model, whether living or otherwise, with much greater rapidity, at a less cost, and by the aid of persons having no previous knowledge of the art. I may further lessen the time necessary for the sitting and produce sculpture of larger or smaller dimensions than the original, or in any other proportions desired.

To create a photosculpture Willème would arrange his subject on a circular platform surrounded by 24 cameras; one every 15 degrees to photograph their silhouette simultaneously with each camera thus producing a set of photographic profiles, the templates for a complete representation of his subject in three dimensions.

To create a 3D image of his subject he needed to make the information in each layer accessible by projecting each image onto a screen (below). Next, using a pantograph attached to a cutter, he traced each profile with one end of the pantograph while the other end cut a sheet of wood.

Adjustments of the pantograph produced cuts smaller, larger, or the same size as the original projection. The layers of wood were then assembled to create the photosculpture armature which an artist would fill in with clay, wax or other maleable material and then perhaps cast or paint it, to produce a traditional sculpture.

In the words of journalist Henri de Parviel, “A sculptor and the sun will become collaborators working together to fashion in 48 hours busts or statues of a hitherto unknown fidelity of such great boldness in outline and admirable likeness.”

The future realisation of 3D scanning and printing is clearly embedded in this technique from one-hundred and fifty years ago.

But it relates also to sequential images, not of the kind made by Muybridge that are so often linked to the naissance of cinema, but the kind that we associate with The Matrix; ‘Bullet time, aka ‘flow motion’ or ‘time slice’ cinematography, in which the camera angle carrying with it the audience’s point-of-view rotate around a subject while action is slowed or frozen.

Impossible with conventional slow motion, as the physical camera would have to move impossibly fast; the concept depends on a “virtual camera”, that is a number of cameras surrounding the subject producing stills either simultaneously (for a ‘frozen’ effect) or triggered sequentially to preserve movement while the subject appears to rotate.

It was a technique invented by Tim MacMillan at the Bath Academy of Art. He cobbled his ‘time-slice’ camera from  16mm film arranged in front of pinholes in a hoop inside which the subject would be exposed by a single flash, sometimes with a little painting with light added.

As Gautier reported in the Moniteur universel in January 1864, this ‘virtual camera’

…is a wonderful eye that surrounds and envelops you, instead of perceiving you as the ordinary eye from a single angle of incidence.

Its vision has just taken a little longer to be truly realised!

One thought on “May 27: Photosculpture”