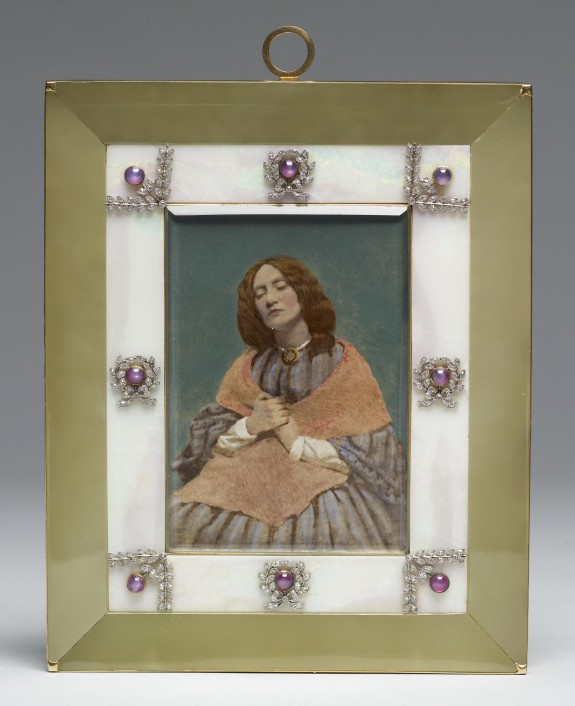 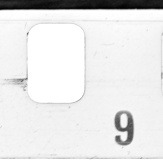 April 9: Memories are made of this.

Dante Gabriel Rossetti (*1828) died on this date in 1882 was an English poet, illustrator, painter, and photographer. He founded the Pre-Raphaelite Brotherhood in 1848 with William Holman Hunt and John Everett Millais.

Their champion was John Ruskin who in his pamphlet, Pre-Raphaelitism, praised their ‘particularized truth’ and insisted that the’ grandest style’ in art would be one in which perfectly imitated nature, ‘down to the smallest detail’, ‘rejecting nothing, selecting nothing, and scorning nothing’; the artist’s role was as a recorder of nature and not an originator, inventor. Imagination, he insisted, should be renounced.

Understandably he was understood to be promoting a photographic style. Photographers retorted that it would be foolish to attempt to imitate nature with such microscopic precision when their medium was capable of much greater accuracy. In fact Ruskin himself had collected hundreds of daguerreotypes of landscape and architectural subjects, often collaborating closely with the photographers who had taken them.

Critics of the Pre-Raphaelites suggested that they copied photographs, to which Ruskin (deluded like many an art historian since) launched a defence of the young artists in his Edinburgh lectures on architecture and painting delivered in November 1853:

The last forgery invented respecting them is, that they copy photographs….It admits they are true to nature, though only that it may deprive them of all merit in being so. But it may itself be at once refuted by the bold challenge to their opponents to produce a Pre-Raphaelite picture, or anything like one, by themselves copying a photograph…. Pre-Raphaelism has but one principle, that of absolute, uncompromising truth in all that it does, obtained by working everything, down to the most minute detail, from nature, and from nature only.

Even critics Richard and Samuel Redgrave, while believing in the Brotherhood’s principles, objected to Ruskin’s insistence on ‘uncompromising truth’ which they believed, resulted not in art, but mere ‘topographical truth’. They singled out Thomas Seddon (1821-1856) and his painting, Jerusalem and the Valley of Jehoshaphat (1854). It was nothing more than a photograph with added colour, lacking in poetry, they wrote, and ‘merely mapped and catalogued’.

Aaron Scharf points out that their opinion is borne out by the reference to a photograph Seddon had used to make the painting; the 1882 sale catalogue listing the contents of Rossetti’s studio following his death includes lot number 326 : “A photograph, beautifully painted, framed and glazed, by the late Thomas Seddon in preparation for his picture of “Jerusalem” now in the National Gallery.”

In the year that the short-lived Seddon painted his Jerusalem, he had gone with a now better known Pre-Raphaelite, William Holman Hunt, to Jerusalem and there visited the photographer James Graham (1806–1869), who took some of the earliest images of the Holy Land. Quite likely Graham, who had been sent there in December 1853 as lay secretary for the ‘London Society for Promoting Christianity Amongst the Jews’, made the photograph in question. His photograph above (that is not the one referred to in the Rossetti catalogue, now lost) shows the view from 90º to the right of the sight-line of Seddon’s painting. Holman Hunt also used Graham’s photographs for his works.

That Rossetti used photographs as reference for his paintings is well-known. In the 1860s Rossetti began to make use of photographs he had taken of Jane Morris in unusual poses. This was a period in which he corresponded with and visited Julia Margaret Cameron. In her letter to Sir Edward Ryan, dated 4th December 1874, she wrote, with typical immodesty:

Artists, Mr Watts, and Mr Rossetti, indeed all artists, say that mine is the only photography in the world that gives them pure, unmixed delight.

Rossetti, in thanking her for ‘the most beautiful photograph’ she had sent him, added, ‘It is like a Lionardo.’ It was Cameron’s soft-focus sfumato, her idealism over realism, that annoyed Ruskin, not solely that she made photographs with a pretence to art. 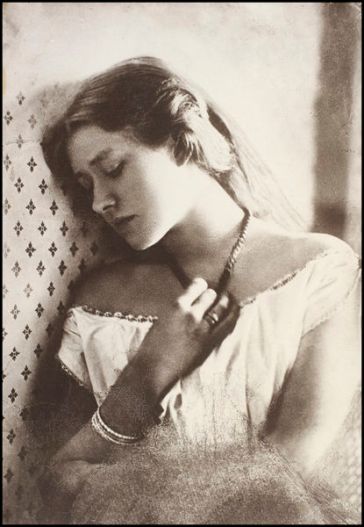 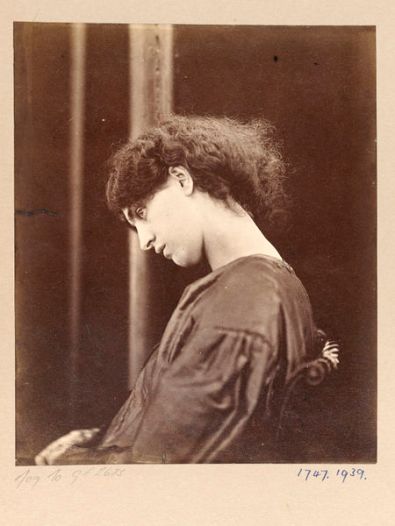 One may speculate, as does Julia Fagan-King, whether one of Rossetti’s pictures of Morris (above, right) was directly influenced by the Julia Margaret Cameron portrait of Ellen Terry (left), produced the year before, since there is a distinct similarity in the posing of the head and the well-lit neck with the hair swept to one side. John Parsons, an artist acquaintance, took the photograph of Jane Morris in Rossetti’s garden where he kept chameleons, a raven, Japanese salamanders, a wombat, kangaroos, and a kookaburra.

Before 1865 Rossetti had not painted heads in this downward position, and Cameron’s photograph even then was a justifiably famous model, given that her picture of the actress was widely circulated celebrity photograph in the form of cartes de visite. From this period on, Rossetti’s paintings, like Cameron’s photographs, concentrate on individual sitters and small groups with a minimal setting rather than a wider tableau.

Rossetti most frequently used photography for documenting his own works of art, a procedure he began early when he had a daguerreotype made of his first oil painting The Girlhood of Mary Virgin in December 1853. And like his Pre-Raphaelite brother John Everett Millais, Rossetti often had his work-in-progress photographed; he found it useful to see where improvements should be made. He repainted several of his works, and  photographs were often his reference. Rossetti used five photographs; Dante’s Dream of the Death of Beatrice, Mary Nazarene, Mary Magdalene, The Blue Closet, Borgia and Hesterna Rosa to substitute for the unobtainable originals in the exhibition organised by Ford Madox Brown in the summer of 1857.

A poignant fact is that after her death in February 1862, when early in a second pregnancy and most likely due to her laudanum addiction or a suicidal overdose, Rossetti supposedly destroyed all camera portraits of his wife Elizabeth Siddall. One photograph (above) came to serve as a memorial to her. Significantly it is not recognisable as a photograph; he overpainted it with gouache. It was her artwork that he kept in the album that used to house photographs of the couple, and he had all of her drawings photographed. The pose in the photograph is repeated in the posthumously completed painting Beata Beatrix (ca.1864-70) in which a holy dove delivers a poppy, the flower of opium and laudanum, into her hands .

The lavish frame for the miniature, in gold, opal, sapphires and diamonds (made in London) was added in 1906 by collector John Pierpont Morgan (1837 – 1913), American profiteer of corporate finance and industrial consolidation.

Did he embellish the work out of sentiment, touched by the story, or did he (more likely, given his capitalist ethos) want to ‘add value’? His opportunity to own this sensitive work arose because Rossetti had given it to a nurse who had attended at the birth of Siddall’s still-born child and who sat at her deathbed. It had passed to the nurse’s daughter, who in financial difficulty sold it to a clergyman to provide an annuity for the old woman.

Morgan, who believed the overpainted photograph to be a hand-made artwork, had engraved on the reverse of the frame:

This represents Elizabeth Eleanor Siddal, who on the 25th of May 1860 became the wife of Dante Gabriel Rossetti. In May 1861 she gave birth to a child, and died on February 10th 1862, having unhappily taken an overdose of Laudanum in order to relieve a severe form of Neuralgia by which she was afflicted. This Portrait was painted by her husband between December 1860 and May 1861, and is the only portrait the artist painted of his wife after her marriage.  He painted her portrait numberless times before her marriage and made many sketches of her but afterwards made one slight sketch in pencil which has been lost and painted this miniature.

The portrait resembles the post-mortem photographs that Victorians had made of their deceased as a consolation, a last glimpse of the beloved. In her pose between life and death, as seen typically in the post-mortem image, Siddall’s eyes are closed and her hands clasped reverently to her breast.

Since this is a photograph, not a painting like Beata Beatrix, the implication is that Siddall held this sepulchral pose, rehearsing death, at Rossetti’s behest. Like many Victorians, his apprehension of death was complex, though his was more still conflicted; he had her body exhumed from Highgate Cemetery on 4 October 1869, seven years after her death, to retrieve a volume of his poetry buried with her, in order to have the writing to publish.

The photographs of Lizzie are only from 2 of my sketches. On several occasions when attempts were made to photograph her from life, they were all so bad that none have been retained.

Here he writes of his own action of destroying his wife’s photographs as if it were not he who performed the deed (‘none have been retained‘) and to him (as for Ruskin) photographs are ‘bad’; of course he knows there is a photograph, but it is one now concealed, overwritten, buried beneath his painting.

One thought on “April 9: Memento”