April 5: Photography forms much of our concept of the domestic life. How have both changed in 2017?

fortyfivedownstairs gallery opens Away From Home, a show by
Tammy Law, today, continuing until 13 April 2017.

On this date also, Dominique Darbois, was born in Paris in 1925 (†2014), and Olga Máté (*1878, Szigetvár) died in 1965. Both women produced, amongst other subjects, images of domesticity and the family. Neither was a stay-at-home, Máté being amongst Hungary’s first women in professional photography, while Darbois travelled to remote regions in her photojournalism.

Tammy Law, also a traveller, remembers her experience as a child of Chinese migrants and the ‘bubble of Asian/Australianness’ in which she lives;

My story is not unique. Mass movements of people across the globe have been an important feature of world history. There are countless numbers of families who live between a place of home and homeless, belonging and displacement. Away From Home (2015-2017) engages in these ideas.

Displacement was an experience familiar to Dominique Darbois. After internment during the war as a Jew, and awarded for her role in the French resistance, Darbois learned photography as an assistant to Pierre Jahan before she set out to travel the world from 1946.

On her return she exhibited her work in Paris and published her photographs in twenty books of the series Children of the World (Fernand Nathan group) between 1952 and 1978. She was a committed anti-colonialist, horrified by what the West had wrought where she traveled in Africa, Indochina, in Algeria or Cuba.  In the late 1990s, she was honoured with a major exhibition Regards de Femmes.

Olga Máté was born into a creative family with five siblings who all went into the arts. She moved with her family to Budapest where her father operated a sewing factory. In Hungary in 1899 after studying photography in Budapest, she opened a studio there at 21 Fő utca, metres from the banks of the Danube.

In 1907-08 having made some capital, she moved to Berlin to study photography in more depth with Nicola Perscheid who invented the soft-focus Perscheid lens for portraiture.  Máté opened a comfortably furnished studio in the palace district of Budapest, the heart of the city at Veres Pálné utca 12, and from that year, 1912, it became an important meeting place for writers, artists, philosophers, and aestheticians including Mannheim Károlyt, Hauser Arnoldot, Balázs Bélát and Lukács Györgyöt.

From 1910 she exhibited in the International Photo Exhibitions in Hamburg, winning a gold medal in 1912 at the Museum of Applied Arts, Budapest, exhibited at The London Salon of Photography in 1914 and with the Professional Photographers Society, New York in 1922. 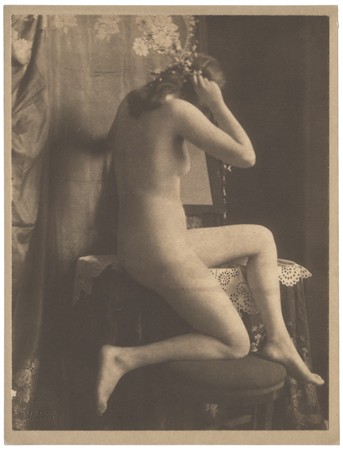 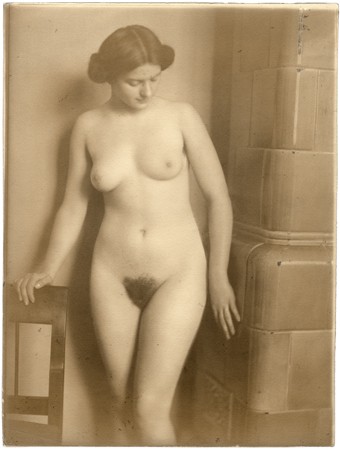 Aside from her photography Máté fought for women’s emancipation as a supporter and organizer for the Hungarian feminist movement and through her contact with the group around Róza Schwimmer (1877–1948) Hungarian-born pacifist, feminist and female suffragist who invited her to photograph the Seventh Conference of the International Womens Suffrage Alliance. 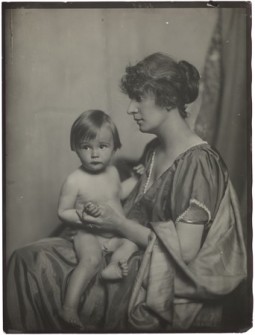 She had married philosopher Zalai Béla, a widower with two children, in 1912. He supported her enlightened views. However, their marriage was short; Béla was drafted to serve in World War I and made prisoner-of-war in a camp in Omsk, Siberia, dying of typhus on 2 February 1915. Máté struggled to raise his two children, and she clearly cared for them, mourning the later death of his daughter deeply.

She continued to be politically active, risking fines or jail to hide in her own home the Hungarian Marxist philosopher György Lukács and Jewish Communist politician Jenő Hamburger, who were forced into hiding to avoid the communist purge after the failure of the Hungarian Soviet Republic. From 1934 she shared Veres Pálné Street studio with her disciple, Haár Ferenc, and from 1938 worked with Marian Reismann, both  specialising in photography of dance and of children.

It is in her pictures of women with children that one can sense the warmth and strength of this photographer who died in obscurity despite her remarkable life.

If from out of our own norms of domestic, family life we warm to the images of Dominique Darbois and Olga Máté, surely it puts our morality to shame if we do not extend expectations of similar rights for refugees and the displaced? These are vital, and for Australians, embarrassing questions raised by Tammy Law’s exhibition.

Her process is to project images the images of children in refugee camps that she has herself visited, onto ordinary Australian homes that now house the lucky few who have been given asylum here. The technique involves a careful balancing of remaining daylight, streetlights and shadows to make the images sufficiently legible. It is a thought-provoking reversal, for me, of projections inside suburban houses of the 1960s holiday slide shows of my shutter-bug uncles.

Law’s projections are placed with a sense of irony; boys playing in a cave at Mae La camp on the Thai/Myanmar border, now find a new hiding spot under an outdoor landing, while others appear to struggle to penetrate lillies and daisies along a suburban fence, a more benign border between two backyards.  It is a reminder of the way that these people, now far from their original homes struggle to make a life here against increasing and ugly racist resistance.

One thought on “April 5: Home”