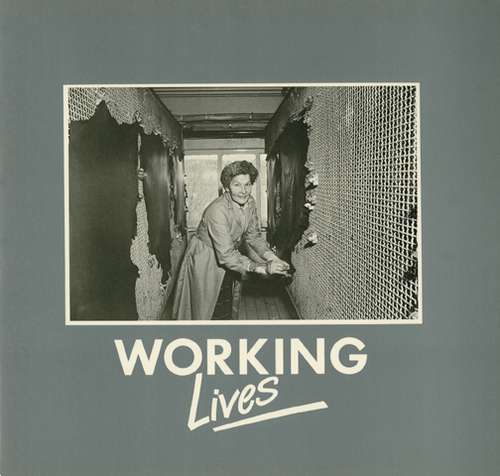 November 9:  Photography is a liminal technology, tidally locked between art and fact, and physically manifest in a sliver of sensitive material (whether silver or digital), on the focal plane.

The photography of John Darwell, born on this date in 1955, hovers on this edge. His energy and tenacity is extraordinary, resulting in a huge output, widely published, exhibited, commented upon and collected.

His technique, mostly ‘straight’ colour photography (he gave up B&W image making around the mid-80s), over time speaks more forcibly and more clearly in the first person, while his subject matter appears to range widely, taking in depression, disasters, dog-shit bags, disease, allotments, and unemployment. He describes his subject matter as ‘the neglected landscape’ and that concept is certainly a thread.

But look more broadly and an integrity of perspective emerges.

Darwell completed his BA Hons, Photography at Manchester Polytechnic in 1980 and by  1986 had exhibited and published his project Working Lives through Stockport Art Gallery, followed by The Big Ditch, distributed by Countryside Publications in 1986.

The first is a study of the clothing industry in and around Stockport (in Cheshire, UK) traditionally a centre for the hat making industry, photographed in 1985. The images are dark, harshly lit with flash, mostly on-camera, forcing whatever other light is available into a minor role. The darkness is compelling, and describes the anachronistically Dickensian conditions of damp and heat in which the workers labour. The industry was gradually being lost overseas, and none of the factories and workshops in which he photographed exist now. Working Lives does not consist of a series of environmental portraits as does New Zealander Glenn Busch’s contemporaneous Working Men (1984) though there are a couple. He concentrates on the work in which his subjects are occupied, with a few quotations from them in the text. 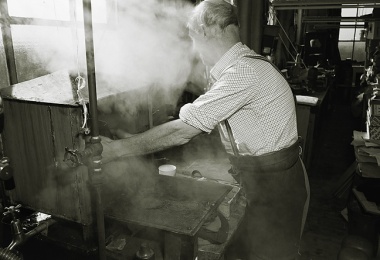 The Big Ditch, shot earlier, 1983-85, documents the collapse of industry around  Manchester’s (Salford) docks and the Manchester Ship Canal and includes people who were soon to be made redundant, but turns attention to the landscape in which they are the actors. More comfortable in the open spaces Darwell uses the full tonal range of black-and-white prints to convey sense that activity is dwindling in the vastness of the industrial site. 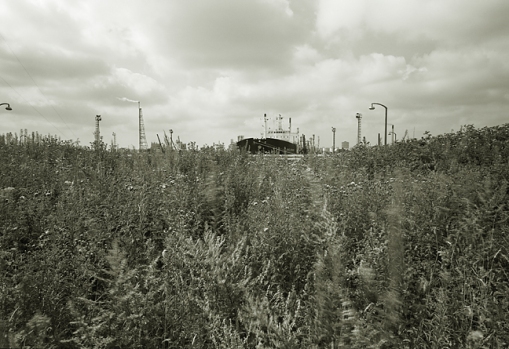 Darwell runs an excellent website on which you can easily access his work and I need do no more here than sample his long and industrious career.

His book Legacy: Inside the Chernobyl Exclusion Zone (Dewi Lewis Publishing, 2001) should not be overlooked as it is formative.

27 April, 1986: The first photo to be taken of the reactor, at 4pm, 14 hours after the explosion. This was taken from the first helicopter to fly over the disaster zone to evaluate radiation levels. The film was fogged due to radiation levels of 1500 rems at that altitude. 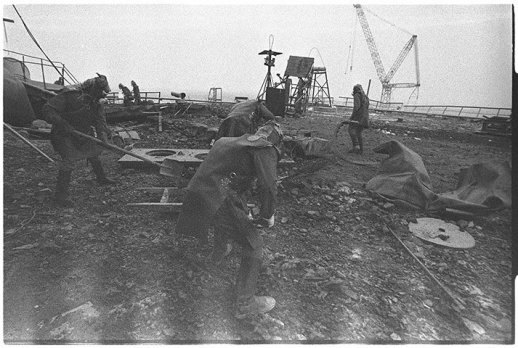 September 1986: ‘Liquidators’ clean the roof of reactor 3. They could not stay any longer than 40 seconds any one time, before the radiation dose they received reached the maximum a human should receive in an entire life. Many liquidators have since died or suffer from severe health problems Photograph: Igor Kostin

We are familiar with the Chernobyl disaster from photographs taken by Igor Kostin  of the reactor on 27 April, 1986 at 4pm, 14 hours after the explosion. His aerial photograph and those he took of the clean-up crew in their lead-shielded outfits on the roof of the reactor were fogged, so intense was the radiation. Despite this Kostin went on to document the reactor and the surrounding area for twenty more years, suffering progressively from exposure to radiation, ceasing his photography only shortly before his death in a car accident.

Darwell’s Chernobyl Exclusion Zone document was made 12 years later in 1998 (published 1999), over his three weeks spent within the 30 kilometer radius no-entry area that was evacuated after the nuclear meltdown. 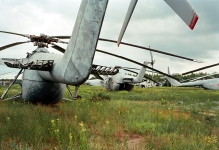 Darwell’s pictures are not sentimental (and nod to Tarkovsky only in passing), nor are they the work of a tourist. They retain the sense of being seen by an outsider, but one with a keen sense of the invisible threat of radiation. He lives not far from the Sellafield reprocessing plant and had spent several years before undertaking this project photographing landmarks of the atomic age: Los Alamos, where the Americans developed the atom bomb; Trinity, where they tested it; Three Mile Island in Pennsylvania, and Japan in 1995 (the 50th anniversary of the nuclear attacks on Hiroshima and Nagasaki).

He pays tribute on the one hand to those who frantically buried the reactor and neighbouring villages only to be buried themselves; represented by eerie shots of the abandoned lethally radioactive helicopters and fire trucks, the nuclear drill posters and graves, some of which are still regularly visited and decorated. Finding older returnees living off the contaminated land, growing crops, using wells, keeping cattle, he spent time with them, reporting that on one occasion he drank milk from the local cows, which was “rather frightening”, but being told “A little radiation is very good for you; it will make your hair grow – look at the vegetables and flowers!” He was plied with home-made vodka by this couple till he was ‘out of his mind’.

As these three old women fill their buckets he hears their stories of return as they address his camera in this wide shot that takes in their lush and overgrown surroundings. The only sign of the invisible threat to their health is the red numeral ‘3’ marking their well. Colour, which he adopted after The Big Ditch and Working Lives, affords him a broader vocabulary which he uses fluently as a signifier, as is the case here with red, of an invisible threat, of the intangible or of the psyche. 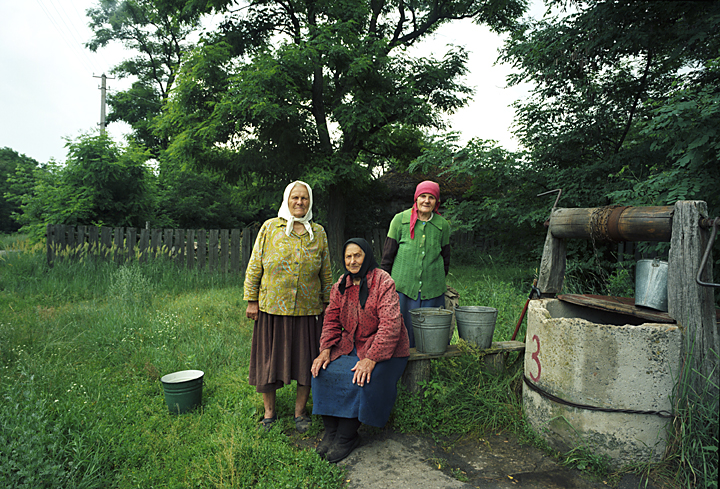 To compare Darwell (or Martin Parr) with his contemporary, Canadian photographer Ed Burtynsky is to distinguish the peculiarly British, introvert, but grounded scope of his vision against a topographic all-commanding breadth in Burtynsky’s.

Tilting between documentary and evocation, on borders, at frontiers, at the edge of the forbidden zone or a quarantined area, the periphery of vision, in bi-polarity, the crossing into another state of mind, is where Darwell’s projects are found. Describing another essay Not Starting From Here as “encounters along the Cumbrian coast from northernmost to southernmost points”, he says that in making it he set himself the stipulation “that whenever I took a photograph I had to be able to see the sea, even if it wasn’t in the frame.”

The liminal element may not always be overt, but this is what makes John Darwell’s work extraordinary.