Today October 11 is a date to remember the workaday Australian press photographer as it is the date of birth in 1934 of Jim Fenwick, a former Australian photojournalist, Walkley Award recipient and former chief. You may never  have heard of him, but let us treat him as a case study. He was a photographer for The Courier Mail, the conservative Murdoch-owned News Limited tabloid –hardly my favourite paper!

Fenwick started his career in 1950 at 16, becoming a cadet photographer at The Courier Mail and eventually rising to become that newspaper’s chief photographer in 1974, then their pictorial editor for eight years (1984–1991). 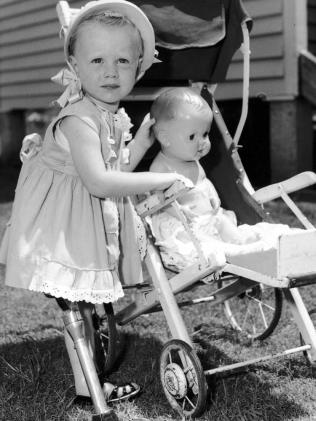 This 1957 image of two-year-old Carol Suell was taken on one of his earliest assignments. She had run onto railway tracks and under the wheels of a train. He pictured her first faltering steps after a public appeal to raise money for her prosthetic leg.

He was using a Speed Graphic camera, familiar from pictures of Weegee and any press photographer in black and white Hollywood movies. It’s a cumbersome large format sheet film camera that was totally manual, slow to use, and which focussed with a rangefinder that involved peering through a keyhole-sized eyepiece and winding the knob on the baseboard to align two dim images of the part of the subject you wanted sharp – the standard lens on this format is 135mm with very little depth of field. Or you just got good

at guessing distances (along with guessing exposures – no built-in exposure meter!) and used the pop-up wire-frame sports finder. A medium-format film holder could be fitted to the back but that just meant one more thing to go wrong, with the distinct chance of double exposures, so most photographers got used to using the diabolically tricky but reliable Graphmatic back that shuffled the six sheets of film needed for ‘just one more shot’.

Take a moment to study it – little Carol’s photo bears all the hallmarks of working with this camera. A flash gun attached to Fenwick’s camera fires a bulb to obliterate the shadows of a midday sun, giving the subject deep-etched outlines which you can see under her chin and in the creases of her dress, and which make for clarity in 65 dpi screen black ink on newsprint. She’s not looking at the lens but probably at the flash gun with that off-kilter line of gaze found so often in images of the era. Fenwick has tried to make his subject comfortable, squatting down at her level and having her pose with her beloved (but second-hand) dolly’s pram for moral and physical support. He’s filled the frame with all the details important to the article – we can tell at a glance that she’s a plucky little girl – there are no smiles as its a sad story; the metal prosthesis is fairly subtly pushed to the fore, gleaming in the combined light of the flash and sun; and we know from the background that she’s from an ordinary household – the low perspective view of the weatherboards of her home serve to create a dynamic, heroic ‘sunburst’. He had six sheets of film in his Graphmatic to get this, and he’s nailed it…its a tear-jerker, filling page three with ‘human interest’.  “It’s hard to pick a favourite photograph but I always remember photographing a little girl who crawled onto a railway line and had her leg cut off,” says Fenwick, “Her small town banded together and bought her a steel prosthesis. In my mind, it has always stuck out as a lovely photograph.” 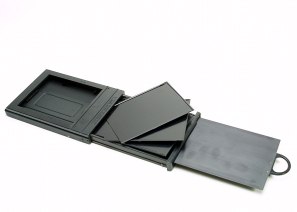 The Bee Gees as boys had recently moved to Queensland from the UK, were Australians 1958-67, and though very young had already earned attention and earned pocket money busking at raceways. We can look and learn again about how to handle backgrounds from Fenwick who knows his flash won’t reach beyond the glassed partition behind the boys heads, thus creating a dark background for tanned faces, while their white tee-shirts and shorts set the giant adult-sized guitar into relief. Not an inch of real estate in the frame is wasted and there’s nothing for the picture editor to crop.

Like all press photographers of this era Fenwick had to adapt as equipment changed as he covered events including the 1966 Winton plane crash, Commonwealth and Olympic Games, the Somalia war and countless human interest stories and sporting events and winning Walkley Award for Best News Picture in 1965, International Sports Press Association’s World’s Best Black and White Picture 1977, Australian Photographer of the Year 1980, and another Walkley was awarded Fenwick in 1994 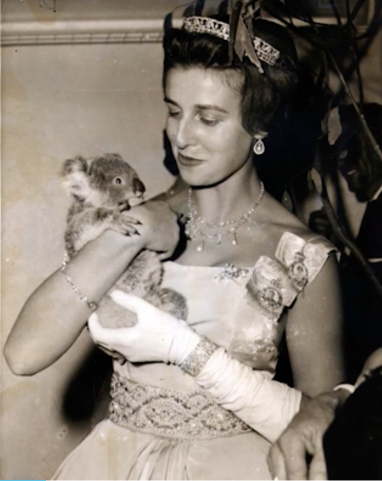 Jim Fenwick’s 1965 Walkley Award was for an on-the-spot pic of dredge Kaptajn Neilsen which capsized in Moreton Bay, with nine crew members losing their lives. “The picture was of them trying to locate and communicate with those that were trapped,” he said. “I hitched a ride out there with a helicopter and jumped off onto the boat, and that put me in the box seat to photograph what was happening. I stood on top of the overturned boat and saw the divers and the bubbles come to the surface as survivors came up. It was just an amazing situation”. Using medium and 35mm film cameras that were finally being adopted by Australian newspapers in the 60s no doubt made such a shot much more feasible.

The well-worn adage: ‘a picture is worth a thousand words’ is demonstrable in the case of good news photographs which, whether sport, politics or human tragedy, work on our emotions.

But is this still to be true in the brave new digital world?

Print newspapers are an endangered species.

Journalists know how a brilliant photograph can elevate a story to page one – but does management who is busy cutting costs by outsourcing newspapers’ printing, distribution, sub-editing, writing and now photography. Newspapers no longer have a monopoly over advertising by producing most of the available news, so their business model has been smashed. The news pics can come from anyone with a smartphone; and that now is anyone, anywhere; the Chicago Sun-Times replaced its photographers with reporters carrying iPhones, a move being imitated by our regional papers.

Fairfax, whose Age had counted the best in the country amongst its photographers, including Bruce Postle and John Lamb, responded with 1900 staff redundancies, reformatting Sydney and Melbourne broadsheets to tabloid, centralising editorial around a Sydney-centric structure, closing printing presses and syndicating and sharing stories across mastheads…then by cutting photography, relying instead on Getty Images. News Corporation Australia (The Courier-Mail) followed by cutting hundreds of jobs and centralising editorial operations.

But we have ourselves to blame; we download our books, stream music television and videos, use apps to book holidays, accommodation and taxis; to shop, Facebook and even gamble.

Mr Fenwick said he wouldn’t change his life as a photographer for anything and if given the chance would do it all over again. He won’t get the chance; the staff newspaper photographer is dead.