What is going on in the photograph taken on 10 October 1907 by Able Seaman Joseph Chidwick? 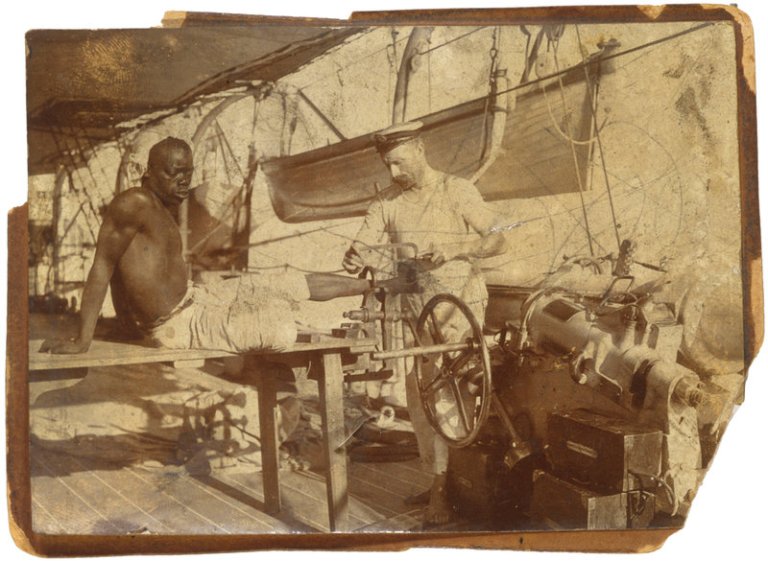 We don’t expect to see any British photographs of manacled slaves. The House of Commons passed a bill in 1805 making it unlawful for any British subject to capture and transport slaves (though the measure was blocked by the House of Lords and did not come into force until March 25, 1807). This photograph is taken 100 years later than that date. Slavery throughout the British Empire was abolished (with the exceptions “of the Territories in the Possession of the East India Company”, the “Island of Ceylon” and “the Island of Saint Helena”) with the 1833 Slavery Abolition Act. The exceptions were eliminated in 1843. No suitable photographic medium would have existed to record the result of this momentous societal changed of heart; the Daguerreotype was only six years old and Talbot’s calotype only two. 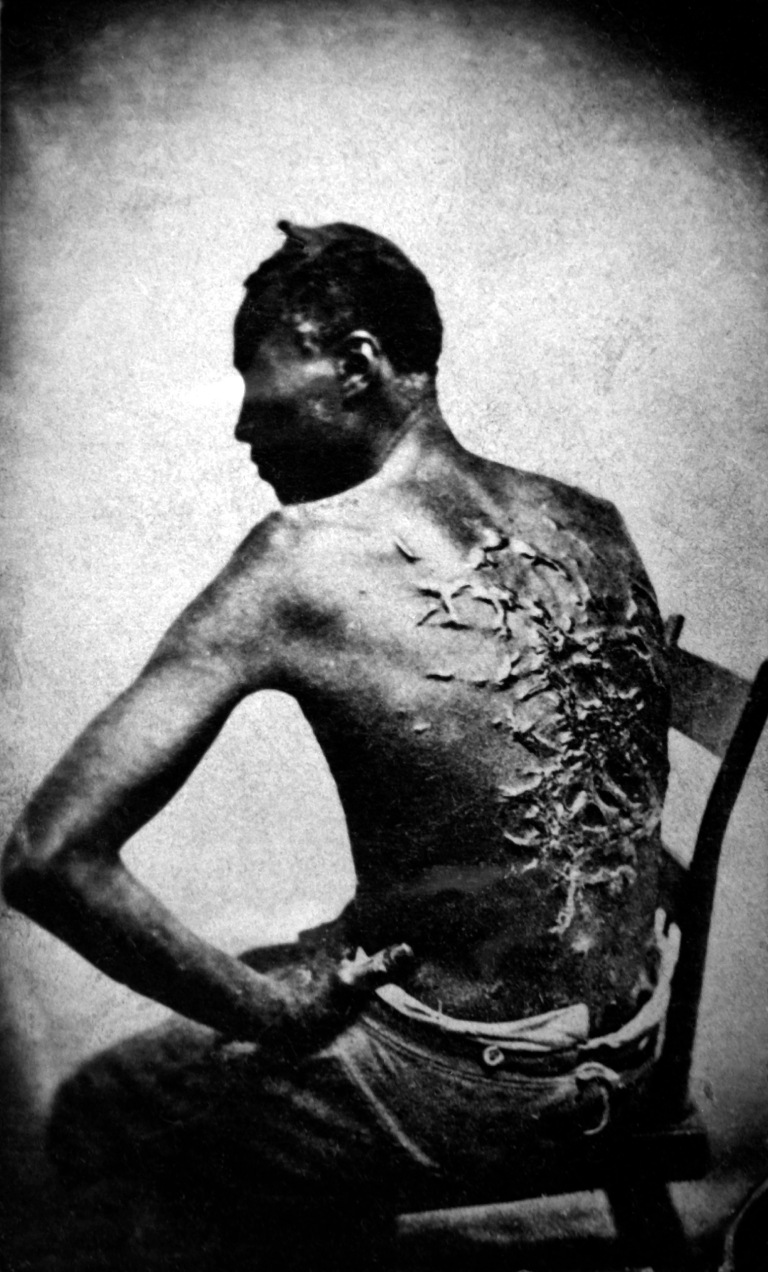 Chidwick’s battered photograph in fact records an African man of powerful stature patiently waiting as his manacle is removed by a much slighter, workmanlike British sailor, barefoot in the heat, aboard paddle steamer HMS Sphinx. He’s just started plying his hacksaw (recently improved in the 1880s). The man had been captured as a slave by Arab traders, perhaps when the ship’s marines boarded a captured slave dhow off the East African coast also in about 1907 in another of Chidwick’s rare images.

The photographs were donated to the Royal Naval Museum Able Seaman Joseph Chidwick’s 74 year old son, who said: “The pictures were taken by my father who was serving aboard HMS Sphinx while on armed patrol off the Zanzibar and Mozambique coast. That night a dhow sailed by and the slaves were all chained together. He raised the alarm and they got them on to the ship and got the chains knocked off them. They then questioned them and sent a party of marines ashore to try to track the slave traders down. They caught two of them and I believe they were of Arabic origin.”

The posed group image above by Welsh-born Johannesburg photographer Joseph Barnett or his brother David seems to be complicit in the slave trade, or at least to remove itself from condemning it (though amongst his collection are images of freed slaves as well as slave sales).

Chidwick goes on to say: “My father thought the slave trade was a despicable thing…the slaves were treated very badly so when [the marines] got the slavers they didn’t give them a very nice time!”

The elder Chidwick later survived the sinking of armoured cruiser CRESSY, torpedoed by a German U.9 in southern North Sea, 22 September 1914, and fortunately these rare photographs remain. They were part of the Royal Naval Museum’s 2007 exhibition ‘Chasing Freedom -The Royal Navy and the suppression of the Transatlantic Slave Trade’ marking the 2rd centenary of the House of Commons abolition bill. It presents the dangerous work undertaken by the Royal Navy’s anti-slavery blockade along the coast of the African continent. This humanitarian endeavour that is the antithesis of  the British Empire’s role as a major slave trading nation. Prior to 1807, the Royal Navy had its own enslaved Africans in its dockyards in Jamaica and Antigua and as part of its job it escorted slave ships down the African coast and fought major battles for control of the valuable ‘sugar islands’ of the West Indies.Up to three million Africans had been transported in British ships since 1650, and at the end of the 18th century Britain was dominating the trade, with an average of more than 150 slave ships leaving Liverpool, Bristol, and London each year. Such horrors of slavery is graphically represented in British artist J. M. W. Turner’s  The Slave Ship, originally titled Slavers Throwing overboard the Dead and Dying—Typhon coming on, first exhibited in 1840 and inspired by the artist’s reading of anti-slavery literature, particularly Thomas Clarkson’s The History and Abolition of the Slave Trade. 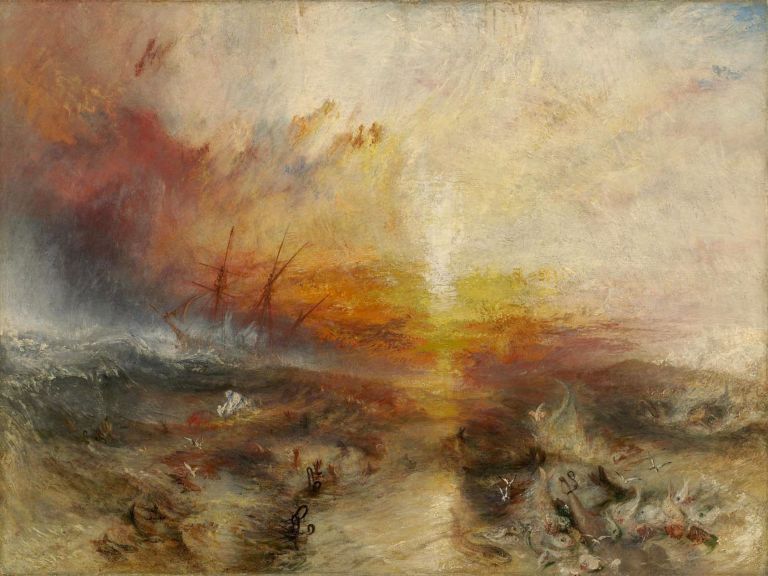 Between 1807 and 1860, the Royal Navy’s West Africa Squadron seized approximately 1600 ships involved in the slave trade and freed 150,000 Africans who were aboard these vessels. Chiswick’s photograph vividly demonstrates that even in 1907 slavery still persisted 100 years after its British abolition. It still does; the exhibition aimed to highlight the still inadequate efforts to prevent people trafficking.