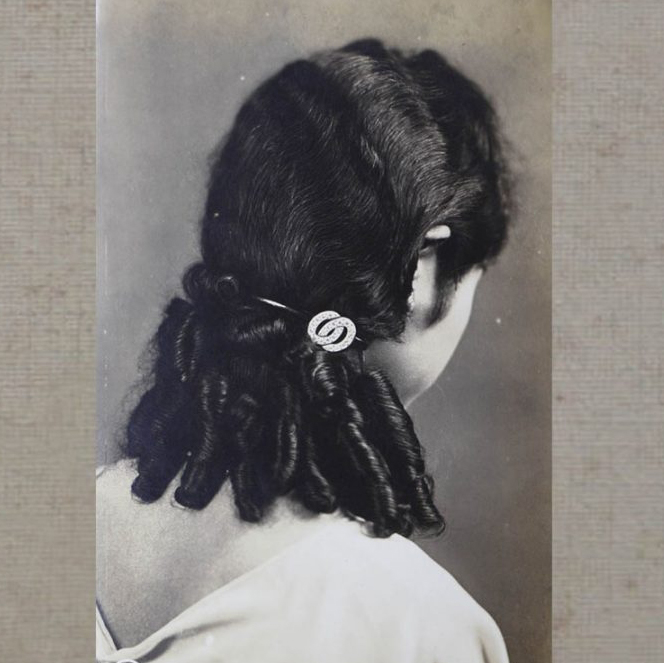 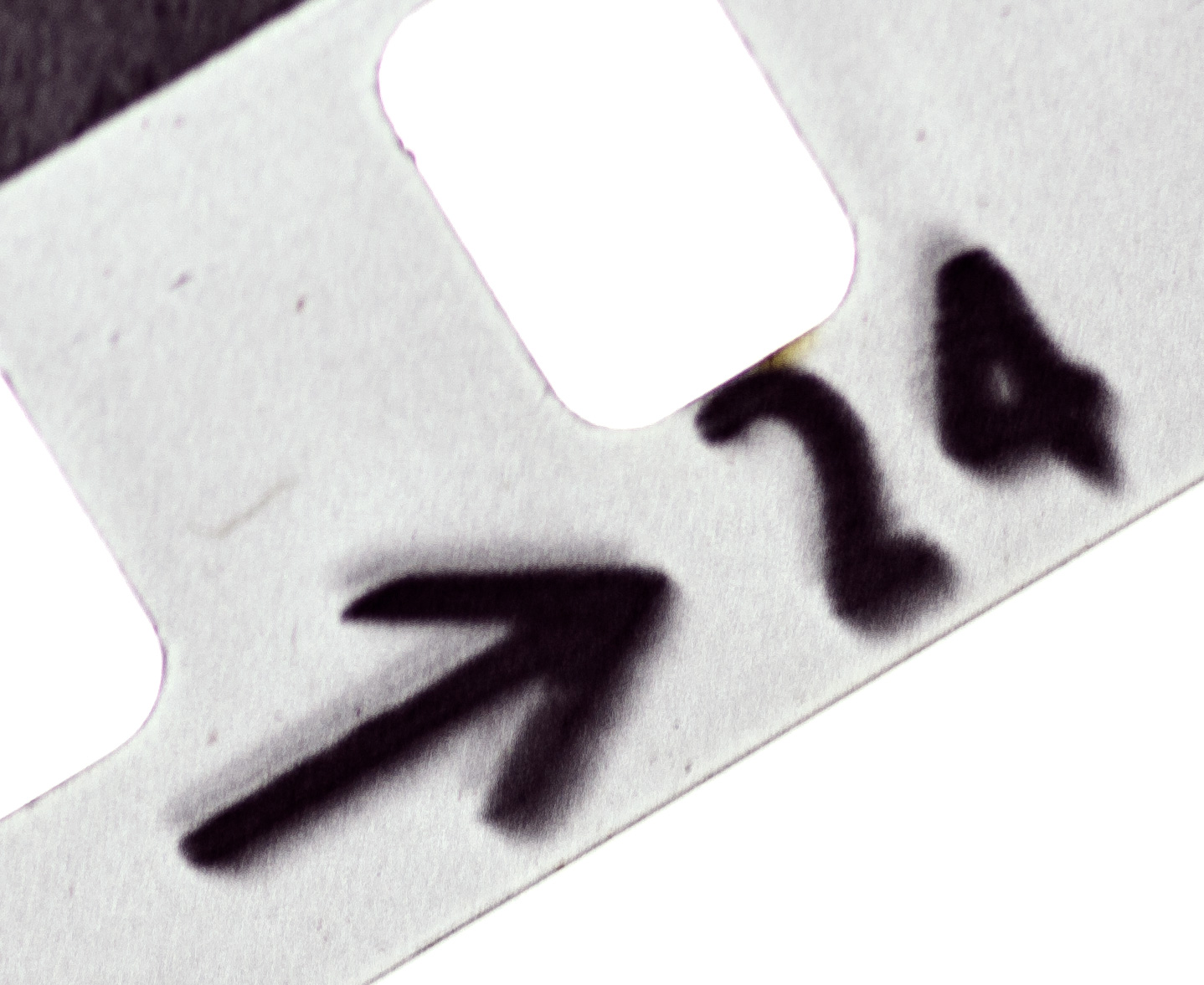 The found photograph presents a mystery that invites the viewer to find a solution, or to give it new meaning.

A friend, photographer Jim McFarlane alerted me to Untitled.Showa which invites you to…

…interact with a collection of old photographs from Japan, found in Australia, to solve a historic puzzle with the view to collectively finding ways to (re)unite the original prints to the people in the photographs, their family, the copyright holder/s or to an appropriate archive, and in real time, participate in the unfolding of a contemporary story.

It’s at first an engaging game and because all 308 photographs appear to have been taken in Japan between 1930s-60s, but were found in Geelong, Australia, in 2015, they are likely to have no personal connection to you. None were taken here, and yet a seller had acquired them from a deceased estate. But soo the intrigue sets in; who was the deceased? The stall-holder at the flea market in Geelong could provide no answers, so it is up to a ‘crowd’ effort to solve the mystery;

How could we locate the photographer/s, people in the photographs or the photographer/s and their descendants? Should they be returned to someone in Japan? Or in Geelong? What if they didn’t want them? Should items lost or forgotten be left alone? What would the outcome be if the processes of asking and answering these questions involved many people? Together we could go through the process of discovering the little known history of the Japanese and the people of Australia (Geelong), and in the process give new meaning and a place for these once lost photographs.

Reactions, either in the form of comments attached to the image files, or in extended stories, are steadily coming in as more discover this delightful photographic adventure. Yumi Umiumare‘s “Letter to Mayu Kanamori”, who discovered the photographs, is in the form of a video;

I noticed the face of a chubby girl with a round face. The girl appeared in the series of photos many times.
I was drawn to her unique way of being, such as her face, appearing as if trying not cry, her nostalgic gaze, looking into the distance with slight sadness, a face with a mask, whilst being held by her mother, and her facial expression that looks like an old lady’s even as a child. (Later, I noticed that … you chose her photo as number 1 in your series, so wondered if you were also attracted to this girl’s expression too?) 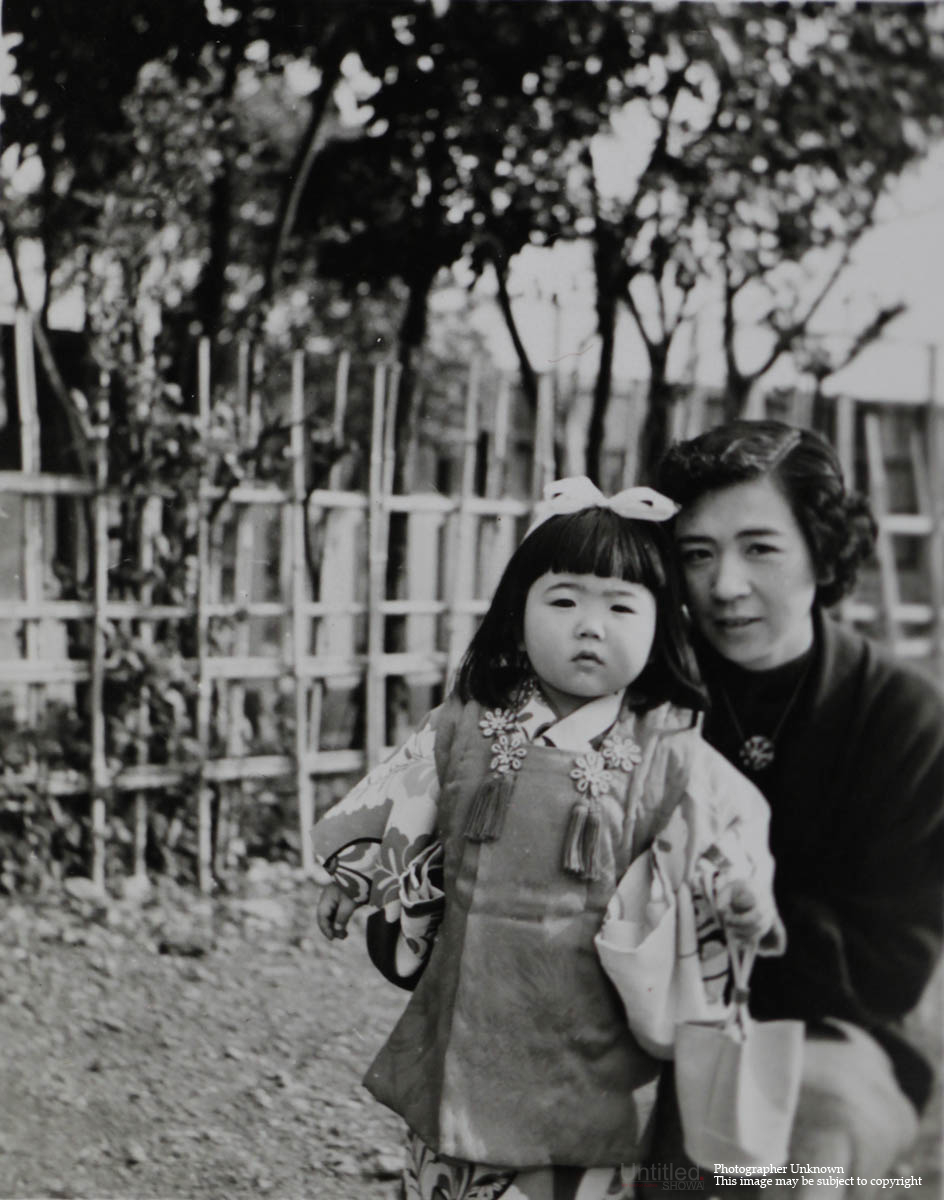 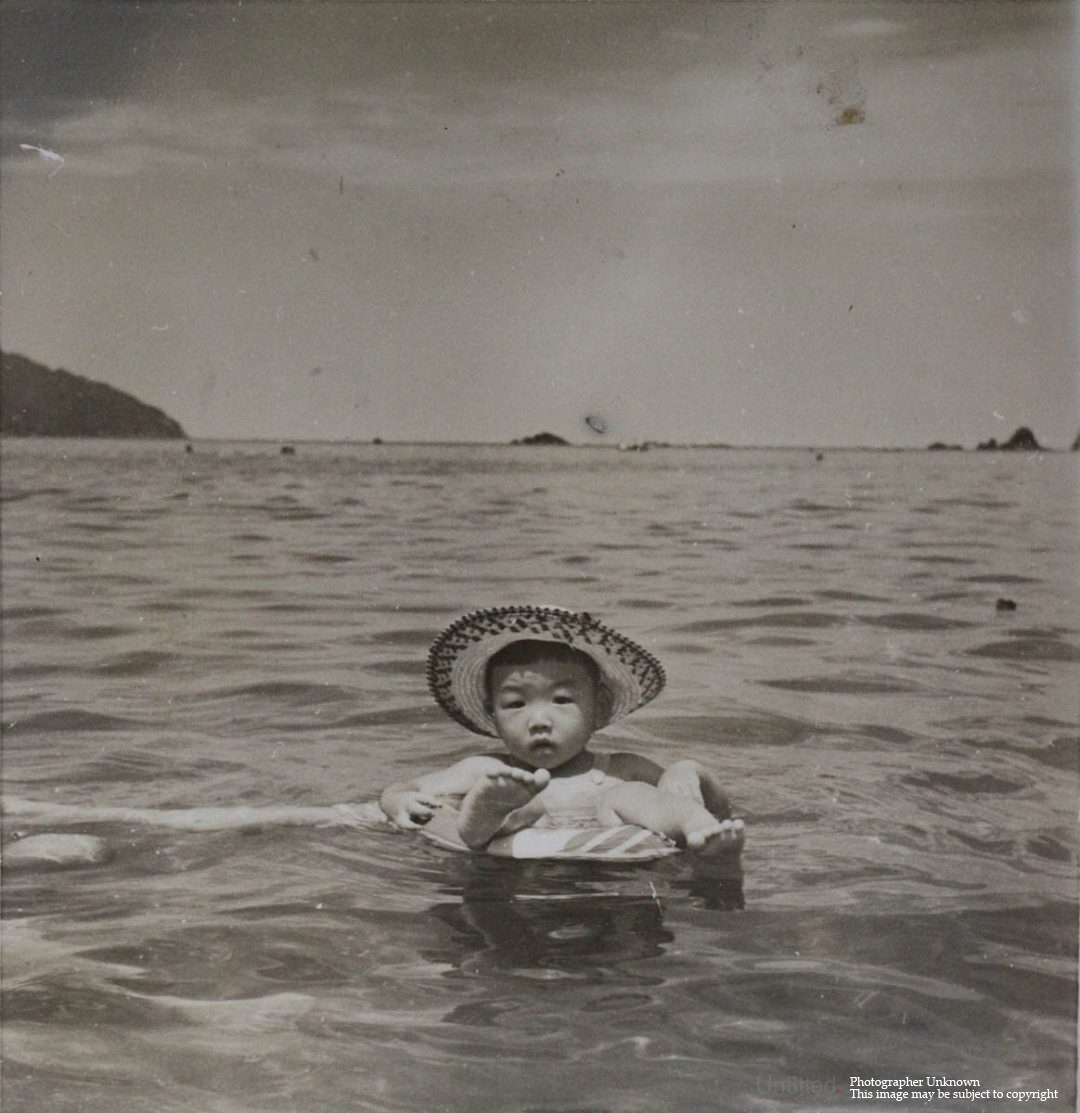 Melbourne was still in lockdown but Yumi went ahead on her own to pay tribute to pictures of the girl she selected from the series and, dressed in white, performed slow traditional Japanese dance in front of projections of a slide show of them; “entering this monochrome world…I danced to feel this 2D world of photography, transforming, going back and forth between 3D and 4D worlds.”

…and for some reason I heard the music of Hibari Misora in my head. The song was called, “I am a child from a city”. When I looked it up, I found that it was released in 1951, right in the middle of the Showa era, and its melody. This gentle, but slightly sad song was perfect BGM [background music], I thought, for this girl’s photos!

Others have been prompted to become visual detectives, determined to identify the particular scenes, objects and places depicted. The island or headland in the back of this group photo, in which the now-grown little girl may be, provided a clue. 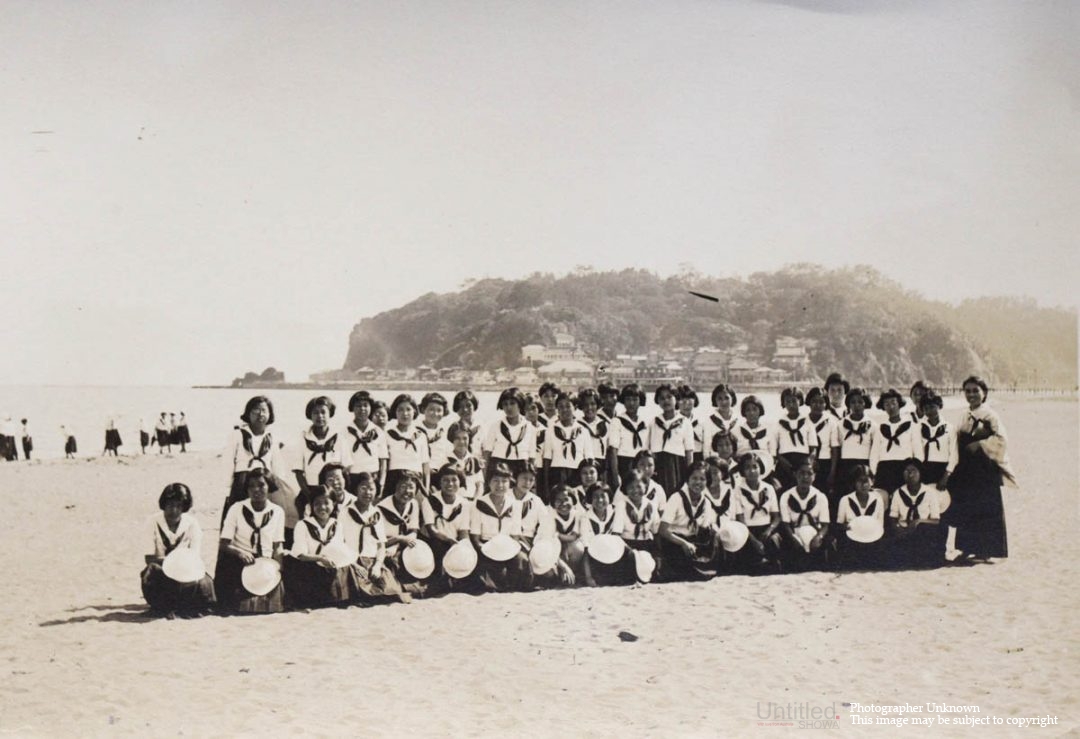 “The girls’ smile is very impressive. I did know the place where they were – the shape of the hill looks very familiar. After the extensive internet surfing, I found out it must have been shot in Enoshima, Fujisawa in Kanagawa. As soon as I realised that, their smile appeared to be even more vivid – they must have had a good day.”

In addition to these inputs, and as well as Japanese-born Australian photographer Mayu Kanamori, who discovered the images, as Facilitating Artist, the project’s personnel includes Chie Muraoka who is Web Designer, Developer & Master but also is Japanese Language Liaison and works with Hiroyo Kondo and artist Qolin Smith in Osaka to do translations, so that the site is thoroughly bilingual.

Thus many of the documents have translations that may help reveal the original photographers and owners of this archive and, as the organisers dearly hope, to repatriate it. During the COVID lockdown, with support from their local Inner West Council Chie Muraoka digitised the pictures and created the interactive website, and using social media, asked for help in identification.

Another contributor is Sandy Edwards, born in New Zealand and trained in Sydney and London before an early foray into film and video led her into freelance photography to which she has contributed most notably as the co-director of Stills Gallery in Sydney, founded by Kathy Freedman, which ran for 26 successful years from 1991 to 2017. Responding, through that experience, to the need for mentoring services for photo artists wanting visibility in the art world, Edwards established Arthere in 2008, which is still running and through which she has contributed to Unititled:Showa

Her own work in her book Paradise is a Place, is a time series, as is that which is hidden and awaiting chronological connection, in the Showa group. Her eight year project documents a girl’s life and growth before the pressures of adulthood in an idyllic setting in the then little settlement of Tanja on the south coast of New South Wales.

Untitled.Showa will have a Project Launch on 15 April, 6pm-8pm in central Sydney at Level 2 Central Park Mall, 28 Broadway, Chippendale and its exhibition will continue 13 April – 30 May, 10am-8pm daily and will then move to exhibitions and workshops in Geelong and Kyoto.

Some participants guess that the original owner of this archive may have been a war bride. That accords with the experience of my friend Jim McFarlane who introduced me to this project. His mother Setsuko Nakamoto married an Australian serviceman with the blessing of her family who, amid the devastation of the war visited on Japan, saw it as an opportunity.

Other war brides’ families were not so supportive and saw the woman as a traitor marrying an enemy and in many cases they were disowned. The fate of this rich trove of photographs may be that just such a woman owned them, perhaps younger than her husband who might have predeceased her, and she left them behind as there were no contacts in Japan to whom to give them. Alternatively, if you read Jim’s story here, amongst others on the Nikkei Australia website, she may have found herself with a man, damaged by his war experience, who had no respect for her.

Jim accompanied his mother Setsuko on a return trip to Japan after 25 years. She found it alien and disappointing, however it was an opportunity to share her memories;

“This is where I was standing when the atom bomb went off. The mushroom cloud was over there.” Later we found ourselves standing at the entrance of a train station. “This is where I said good-bye to my mother,” Setsuko said. “I can see her here just like yesterday. Somehow she was able to find herself some lipstick (difficult during rationing) and my last memory of her was when we parted: she turned around nodding with reassurance to me as she smiled good-bye. I will always remember how pretty she looked….”