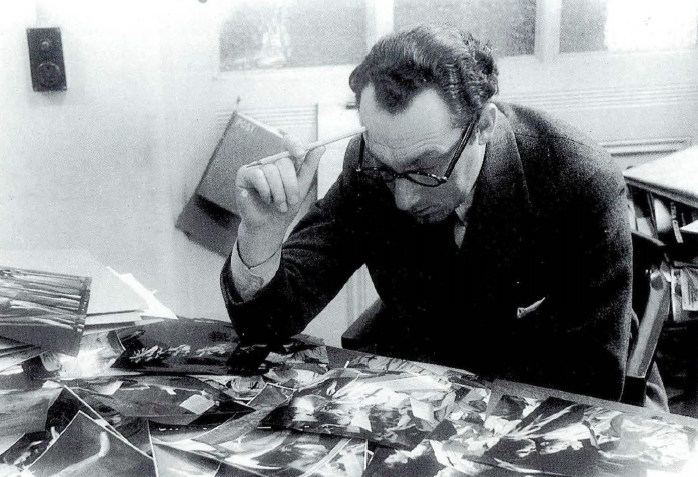 Today, October 1st, in 1938, a picture magazine appeared on the kiosks and newsstands of the United Kingdom, introducing a media experience that privileged the image over text.

It was founded by Hungarian Stefan Lorant (1901–1997) who developed the photo essay (a story reported through pictures) with Bilder Courier in Berlin in 1926 and with the Münchener illustrierte Presse in the period 1927–33. He then went from Budapest where he edited the Pesti Naplo Magazin (1933) to England in the spring of 1934 where he published an autobiographical account of his recent ‘protective custody’ in Berlin; I Was Hitler’s Prisoner (1935), in many editions, which received good reviews in all the prominent papers.

In Britain he created Weekly Illustrated (1934), Lilliput (1937–40), and was the first editor of Picture Post (1938–57). Though illustrated magazines were not new in Britain, as the lllustrated London News, Sphere, Tatler, Sketch, and Bystander were already displayed on the news-stands in 1938; all these however were publications for the upper class reader, while Picture Post’s appeal was to the common man. Its title proclaims the preeminence it gives pictures over writing, while previous magazines subjugate images as illustration.

After two years of editing and bringing millionaire Edward Hulton’s Picture Post circulation to a stratospheric 1. 7 million, Lorant left for America, where LIFE magazine had appeared in 1936.

It is illuminating to compare first issue covers of these two 1930s magazines:

…the exuberance of the picture by an unknown photographer selected by Lorant represents his principle that photographs should be unposed and spontaneous, in accord with the European photographers’ early adoption of the 35mm Leica and Lorant’s own history as cameraman and director of 14 films while still in his twenties.

Place these two covers, each with their twinned ‘heroes’ side-by-side; is it not feasible to see the leaping cowgirl skaters as throwing down the gauntlet to the American concept of photojournalism?!

[This post, first uploaded on October 1, 2016, marks a year of OnThisDateInPhotography. I’ll be repeating some posts, with improvements, each day while I work on filling some dates in the calendar where posts did not appear. Please bear with me! ]