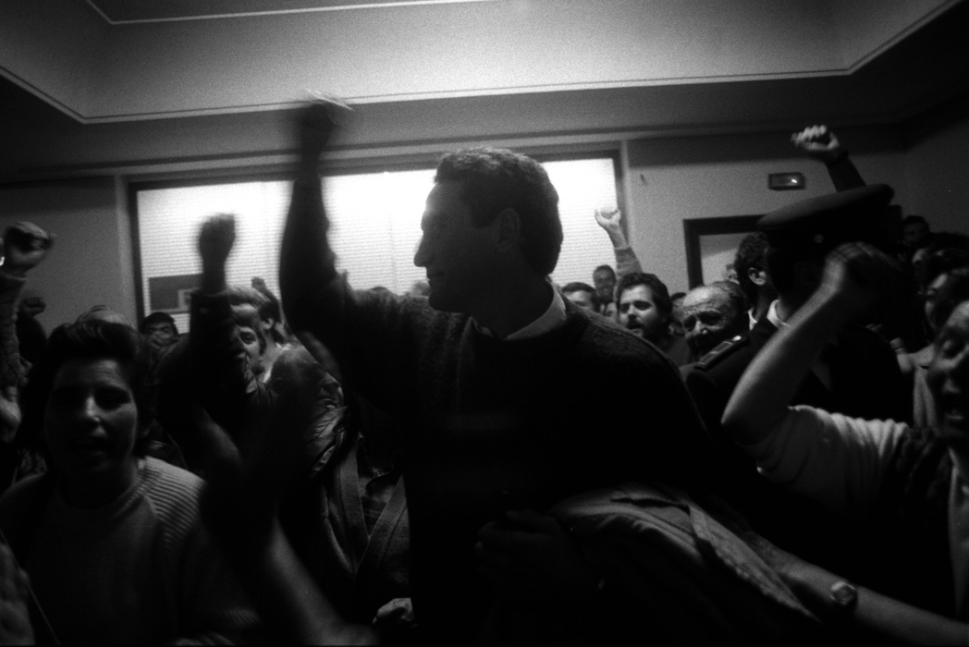 May 7: Could you make a personal promise to make and publish one picture each day?

On May 7, 2013, Clemente Bernad posted under the heading “Congratulations”, “Un día como hoy, el 7 de mayo de 1963, nací,” on his blog, “On a day like this in 1963, I was born” (in Pamplona, Spain). The image he adds to his post is of the bare trunk of a tree or shrub, perhaps a wild plum, picked out in green light from its leaves in red backlight.  This is just one of 365 photographic observations he posted daily, keeping a promise to himself.

Later, he writes “A day like today, on December 7, 2012, I started this blog section called “a day like today.” I posted on it every day a photograph taken precisely during that day….”

Many others have tried this feat of a daily posting, few have succeeded; life gets in the way.

Clemente Bernad has been a photographer and filmmaker independent documentary filmmaker since 1986, with a strong interest in social and political issues either international, or in his local cultural environment, for example his series Labourers, is about the life of seasonal agricultural laborers in Andalusia, in which he conveys their hard labour and exhaustion. He has a good eye for the human form which he frames strategically to strong effect.

A story on rural workers is not one that would yield graphic images for most photographers, yet Bernad’s website shows dozens, all of a consistent quality.

Like a good street photographer he seizes on the quirky, surreal or mercurial, but is also alert to the overall narrative, driven by the photojournalistic imperative of ‘getting the story’.

Without words, it is easy to follow the lives of these workers seeking temporary employment in a major town and then travelling to wherever they are hired to work, long distances by train if necessary, arriving to beat olive trees for their crops and dealing with the primitive conditions and accommodation. 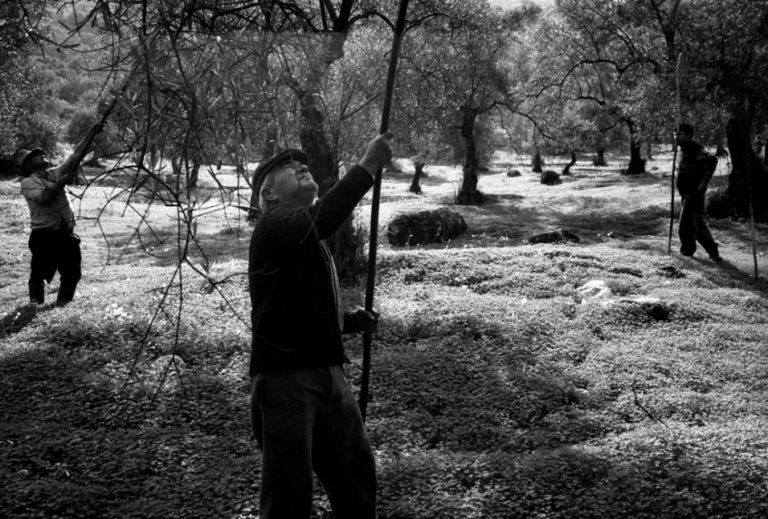 It’s instructive to look at the way Bernad wrings the ‘juice’ from his subject through observation, sheer hard work and imagination. An image of a bullfight on a television screen rigged up in the camp makes a Spanish reference for international audiences, while several shots from a union meeting add a political dimension. 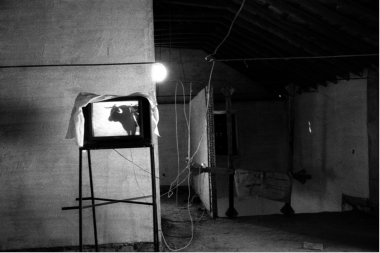 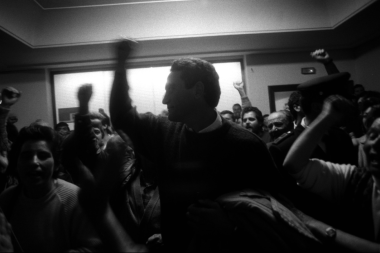 Other series include: Landless Women, about the life of women in Sahrawi refugee camps in Tindouf, Algeria for which he received a scholarship FotoPres; in 1994 Poor us, on marginality in Europe; Canopus on the economic crisis in Argentina;  Basque chronicles about the political conflict in Euskal Herria, the Basque cultural region located on both sides of the Pyrenees and comprising territories Spain and France.

In 2004 he published The dream of Malika for the festival ExploraFoto’04 Salamanca, a prophetic history of the repatriation of the body of refugee Malika Laaroussi to be buried in her hometown after dying in an attempt to reach the Spanish coast in a small boat, a story which became his first documentary film, which was selected for Viewpoint the International Documentary Film Festival of Navarra.

Add to these achievements numerous international group and individual exhibitions, including at the Guggenheim Museum Bilbao, and his membership of the Italian agency Contrasto as well as freelancing, teaching and writing and his commitment to the medium and professionalism is clear. Yet, it may be only that Bernad operates out of his home town Pamplona, and sells mainly to Spanish media, that you have not heard of him.

A recent series Where memory dwells is one of his most heartfelt and nationally significant, documenting the work to locate, identify and exhume the mass graves of the Spanish civil war. 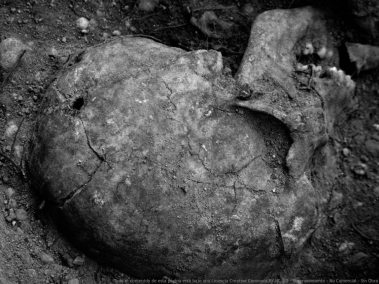 2011 was the 75th anniversary of the coup that took place in the Spanish State in July 1936, followed by uncontrolled, cruel and systematic repression of the Franco regime that killed around fulfilled 150,000 people, their bodies left in any ditch or rough grave in the fields and mountains of the country. The Spanish Civil War left thousands of people for whom there is no death certificate and whose families still continue searching for them, unable to bury and mourn their graves. Among the bodies still to be found is Federico García Lorca executed by fascist Nationalist forces at the beginning of the Spanish Civil War, and who wrote in his Ode to Walt Whitman (1930):

Agony, agony, dream, ferment, and dream.
This is the world, my friend, agony, agony.
Bodies decompose beneath the city clocks,
war passes by in tears, followed by a million gray rats,
the rich give their mistresses
small illuminated dying things,
and life is neither noble, nor good, nor sacred.

Bernad’s thorough documentation records the rigorous forensic archeology techniques carried out with reverence and knowledge of the significance of the work. 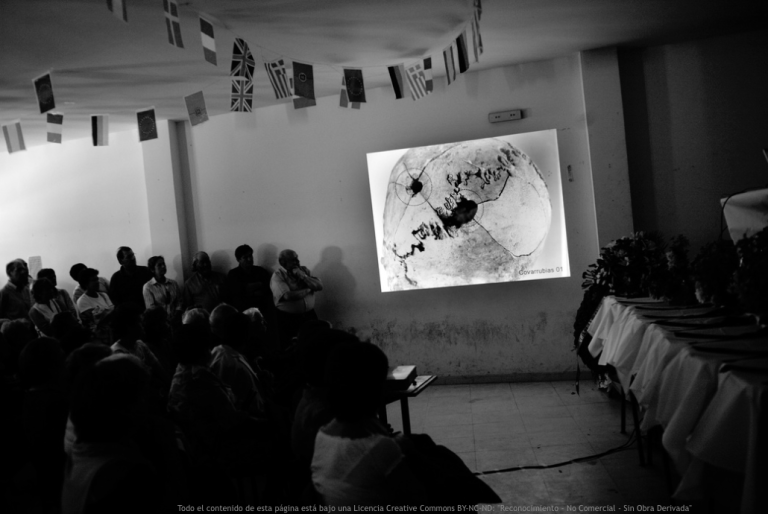 But it is his sensitivity that makes him invisible at the shoulders of the ageing who have come to see and meet again relatives long dead in the aftermath of a war that introduced some of the ugliest aspects of modern warfare, an experiment in deadly efficiency that was to prove useful to the Nazis. His series was published by the topical Spanish magazine Interviú.

Bernad’s exercise in publicly posting a photograph every day for a year recommends itself; the calendar layout (using the same template as OnThisDateInPhotography does) displays work he has undertaken for himself, out of curiosity and mostly in colour, a personal set apart from his black and white photojournalism. Each is accompanied by a short text about an event that occurred on that day, most often with a poetic connection to the image, but sometimes quite oblique. He says: “For me was very interesting to do that…, and to realize how the past and the present are more mixed than it seems…, and how pictures can change their meaning when we put them in contact with these special ‘captions'” 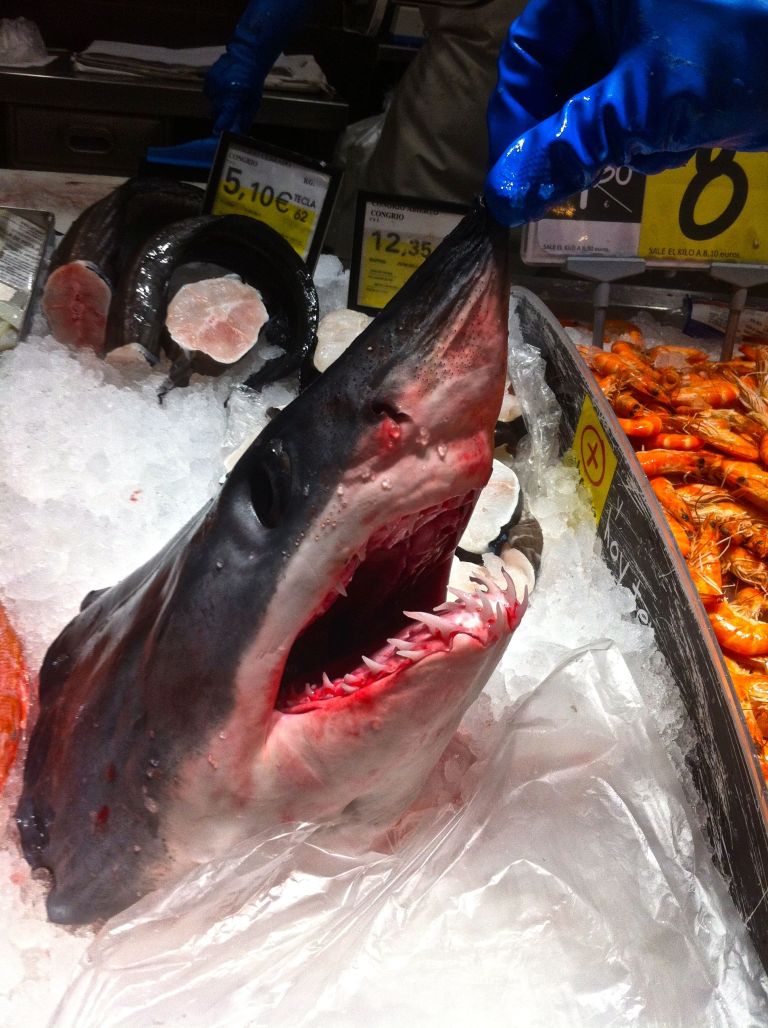 The post PAÍS LEJANO (‘Distant Country’) for 21 September, 2013, for example is accompanied by this passage about a crucial turn in the Spanish Civil War, for which this image of a fishmonger tweaking the nose of a decapitated shark is suitably loaded;

A day like today, on September 21, 1938, the president of Republican Gov. Juan Negrín announced in Geneva to the General Assembly of the League of Nations, the immediate and unconditional withdrawal of all foreign fighters who fought on the Republican side, hoping that the Nationalist side to do the same. A month later, on October 28, 1938, they paraded for the last time through the streets of Barcelona the International Brigades in a ceremony headed by President Manuel Azaña and Prime Minister Juan Negrín attended by some 250,000 people.

This daily commitment of producing an image each day (each post gives date and time for its image) quite clearly hones Bernad’s skills in preparation for the next story. No doubt the task helped span the dead periods that the freelancer, like any other, must endure, but must have been a remarkable undertaking when times were busy. It is an example to any photographer, regardless of where they are at in their career.

One thought on “May 7: Promise”