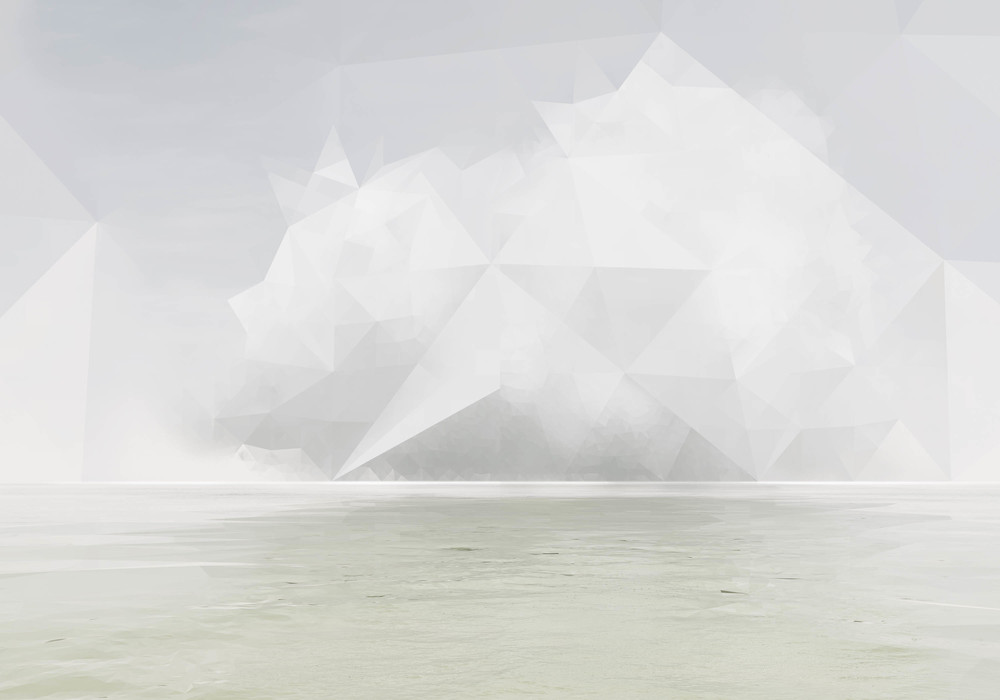 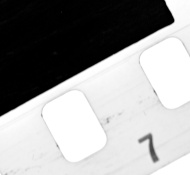 April 7: Is a screen grab of computer graphics still a photograph?

It is now twenty-three years to the day since I attended the symposium Still Photography? April 4 to April 8, 1994. It covered photographers’ concerns about the move from analog photography to digital photography, covering both the arts and sciences.

The organisers were Wayne J. Cosshall from Swinburne University and enterprising independent researcher/photographer/teacher Werner Hammerstingl who was then undertaking his Master of Arts at Melbourne University. They managed to attract celebrated international speakers, including the UK’s Victor Burgin and Australian William J Mitchell (†2010) then at MIT Media Lab who presented as a virtual presence, which at the time was novel and only made possible with Internet Protocol-based videoconferencing which we now take yawningly for granted.

Australian universities RMIT, Swinburne and Melbourne were represented as one would expect, but this was not just another academic conference. Significantly the symposium drew on the ideas of scientific organisations including Landsat and the Australian Centre for Remote Sensing, medical technology at Austin Hospital, newspapers The Age and Herald/Sun, producers of imaging products like B.A.S.F., government media institutions including National Centre for New Media Arts and Technology, the National Gallery of Victoria Photography department and the National Film and Sound Archive, and of course photographers, holographers, animators, artists and practitioners from the then new field of computer graphics, including John Gollings, Stelarc, Mark Strizic (†2010), Brian Gilkes, Lisa Roberts, Jon Mc Cormack, Sigi Torinus. It also drew the interest of the Communications Law Centre and the Traffic Camera Unit of the Victorian Police.

This broad range of stakeholders was no doubt represented at similar conferences around the globe as photographers and consumers of photography came to grips with the first major change to their medium since its advent, or since Henry Fox Talbot challenged the daguerreotype with paper negatives offering the capacity to make multiple prints. Digital imaging was introducing a technology that would shake up the industry as radically as did the appearance of the Kodak and roll film, and of cinema around the beginning of the twentieth century. It was only four months after the symposium that Kodak and Nikon got together to introduce the monstrous DCS460 1.5Mp camera (cost: $A14,000).

There was a tangible sense of excitement, but also rising panic, amongst the photographers attending Still Photography? How were we going to adapt? Would our businesses perish? Would galleries turn us away if we could not learn this new digital photography…and heck, was it photography anyway?

In his themed exhibition Dutch artist Eelco Brand makes stills from his moving images of digital constructions, simulacra of nature as a metaphor the subjugation of nature by humankind. The pictures contain attributes we associate with photography, not surprisingly since the software is well-known to draw on existing lensed technologies of photography, video and film. 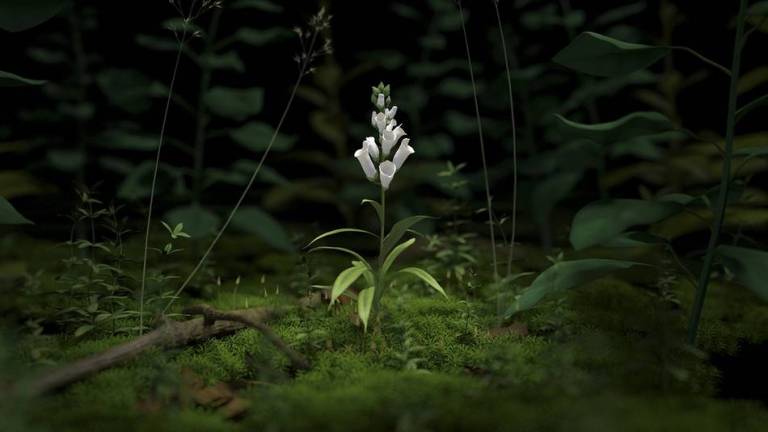 The image above appears to use shallow depth of field and the steep perspective of a moderate telephoto lens, but no real lens has been used. The image is the result of complex mathematical calculations made ‘on the fly’ to determine the coordinates of an infinite number of ‘points of view’; a feature that has made first-person computer games possible, but also permits the making of a ‘photograph’ with a virtual camera of the constructed world. Brand makes the landscape and as it ‘runs’ at random according to a set of predetermined rules, he then uses the aesthetics of cinematography and photography to record it as a movie and as a ‘still’. So complex is the four-dimensional entity that he has created that it presents as a reality, though being ‘virtual’, in the true sense of the word, it is only ‘nearly real’.

Noorderlicht Photogallery presents a range of artists working in this mode. For them the screen is an environment as valid as the physical one, or it is a test bed they use to investigate our relationship and interaction with the real world.

This afternoon, a warm autumn day was interrupted by a cool change with thunder and heavy rain that was quite welcome after a dry spell here in Central Victoria, Australia. After the rain had stopped, I took the dog for a walk. Orange rays of late sunshine slanted through the trees, the air had cleared, a delicious herbaceous scent pervaded the atmosphere, and the clay paths had become slippery. We encountered another dog walker who remarked on the changed weather, telling me she’d got a little ‘snap happy’ with her mobile recording the beautiful light. I’d spent the day hunting these artists of the virtual world and the scene reminded strongly me of an Eelco Brand, Gerhard Mantz or a Justin Berry. Their images, like any photographs, lack scents, and don’t provide the proprioceptive feedback that makes us watch our balance on a slippery path. But what is the difference between screen grabs of these worlds and photographs. How closely do they resemble each other now?

Mathieu Bernard-Reymond (*1976) is a French photographer with qualifications from the Institute of Political Studies in Grenoble and from the Photography School of Vevey. His work uses landscape, architecture and data as building blocks to give birth to ‘possible’ worlds. His digital approach allows him to stage data as a tangible world, but incomplete, just as the titles he uses are missing letters. The ‘pixellation’ of his imagery is both fractal and soft focus; it  hovers between real and imagined.

Mary Flanagan and Cory Arcangel have for some time made art from images extracted from computer game scenes, but their interest is in the medium’s rough edges, its artifacts and breakdowns. By contrast Justin Berry’s (*1980, America) landscapes are believable renditions of the natural world. They are appropriated while he plays video games, when avatar figures or the player’s weapon or outstretched arm are out of sight. Of course these scenes are ‘nowhere’, but to the players they may be very familiar, so they are ‘somewhere’. Do they have the same locative function, the same correlative status, as a photograph of say, Trafalgar Square, a real place on the other side of the world from here? Or is it more like the place we are talking about when we ask a friend ‘where’ they are up to in a novel?

Berry’s image Purple Dusk taken from the game (Medal of Honor) is from five years ago, and with the quality of rendition in such mathematically formulated screen images constantly increasing the realism possible is ever more convincing, so that while this image looks painted, current imagery is far more photographic. In an interview on Buzzfeed he says the virtual world is becoming more and more closely related to the real world;

When you make those settings, a lot of times the textures are from photographs. So there’s this weird thing where I’m taking a photograph, but what I’m really photographing is a series of other photographs that have been wrapped around polygons.

Initially, Gerhard Mantz’ landscapes appear realistic and believable, but he preserves clues to their artificiality so that they remain alienating, imaginary realities abstracted from archetypal spaces through a series of calculations. As credible spaces they work as an emotional prompt, made to arouse memories, rather than being or representing specific places.

Robert Overweg describes himself as a ‘photographer in virtual world environments’ which he sees as a direct extension of this physical world; the new public space of contemporary society. In the exhibition he presents his series The End of the Virtual World, which takes the fact that the world of a virtual game is not round but flat, with a hard edge, leading to visualise what the end of the world might look like at the moment when the software runs out of data. It is a simulation in many ways of quantum reality which exists at the fringes of human comprehension.

By leading us to the edge of virtual worlds Overweg exposes their mechanics and reveals that they are closest in nature to something quite ancient; the stage, which starts and stops at the footlights and the wings. To take ‘photographs’ here is to make art of art, pictures within pictures.

Is a screen grab still a photograph? My laptop’s manufacturer signals that they think it is and gives that function a camera shutter sound. The closest equivalent in the real world might be when one copies an artwork with the camera, as in reprography. Much of the imagery from this exhibition and by Eelco Brand is made using the capacity of computer software to preserve the appearance of the screen, to convert pixels into pixels which may be printed or presented on another screen.

Yes, just as it is possible to make valid photographs of the scenery and the events on a stage or a screen, this kind of photography of the virtual world involves a similar merging of two art forms, one inside the other. Virtual reality relates closely, and may even be said to derive from, the first three-dimensional imaging made possible by the stereoscope, which we accept as a form of photography, not of something else, while the moving image in the form of the cinema is regarded as a hybrid. These are the historical precedents that help us decide whether these developments are ‘too photographic’ or ‘still photography’.

One thought on “April 7: Revolution”