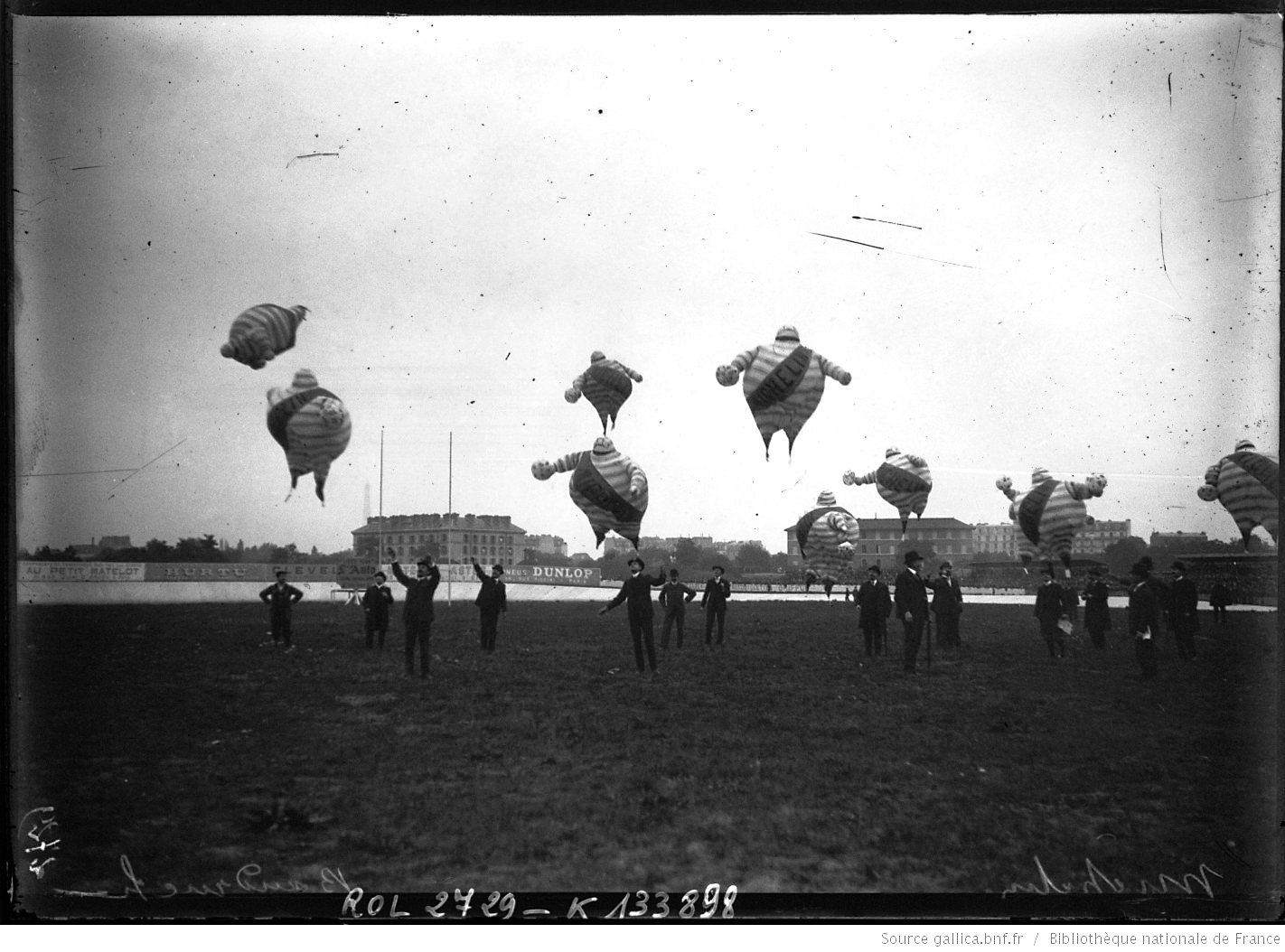 I’m enjoying the surprises thrown my way by the formula for this blog: things photographic that happened on a particular date. And today, its a beauty, from that wonderful font of historic French photography La Biblioteque Nationale de France. At first sight puzzling, then amusingly surreal. Before Surrealism existed, it confronts us with the sight of identical besuited and behatted, Magrittesque gentlemen seeming to salute and gesture to a host of anthropomorphic blimps, also identical, floating amongst motes, spots, stains, streaks and scratches above a large grassy field in the midst of a metropolis.

This day, October 2, in 1904 a photographer (unidentified) from Agency Rol was sent on assignment to the Parc des Princes, which is in the south-west of Paris, just inside the 16th arrondissement. His photo agency (signified by ‘ROL’ in the margin of this contact print) had been founded that very year, a fairly new phenomenon in the industry appearing alongside the press agencies which had existed since the 1830s. It is tragic, though ironic, as you may see, that his boss, photographer Marcel Rol (b.1876) was to die the next year in a car accident in his efforts to rush film of a car race to his lab. For the client is Michelin Tyres (we see ‘Michelin…baudruches’; ‘Michelin…balloons’, inscribed into the emulsionon the reverse of the plate ) and we find ourselves in the centre of the

velodrome form where we can make out in the distance the wooden track itself tilting toward a tight curve on the left. To the right, though veils of
unevenly applied developer, we can discern grandstands holding a capacity crowd, spectators for this bizarre spectacle. It’s a publicity stunt. The airborne figures are clones of ‘Bibendum’ the Michelin Man, who ‘drinks up obstacles’. He was born in 1897 under the brush of designer O’Galop, pseudonym of Marius Rossillon (June 8, 1867 – January 2, 1946), a French artist and cartoonist.

Though this is early days for outdoor publicity events – it is not clear how visible the floating figures might be from the stands – but that there is stiff competition for commercial attention is evident from the number of banners surrounding the track, a reflection of the prominence of cycling in France and the fact this stadium was the finishing point for every Tour de France, the second of which had been held 2 to 24 July of this year, 1904.

Despite this PR shot being commissioned by Michelin, the now familiar logo of its hottest competitor ‘DUNLOP’ dominates the very centre. To the left we can discern the logo ‘Au Petit Matelot’ for a store specialising in cycling costume and the protective, yet fashionable, men’s and women’s clothing essential for comfortable motoring in the open cars of the era. Coincidentally, Petit Matelot was one the nicknames of popular Italian cyclist Maurice Garin, initially the winner of the 1904 Tour but disqualified in December 1904 by the Union Vélocipédique Française (UVF) along with all the stage winners and the first four finishers; altogether nine riders were excluded because of, among other actions, illegal use of cars or trains.

It’s Michelin that comes out the winner here, with an early, very successful ‘meme’. 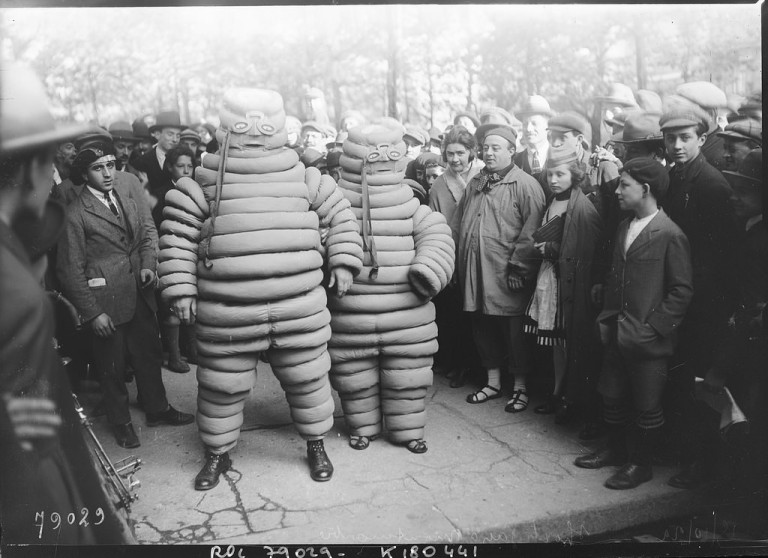