March 1: On this the first day of the month of the god of war, give a thought to those historians of photography, the valiant literary and literally avant-garde who fought to enhance and educate our love of the medium.

A giant amongst these is Helmut Gernsheim, born in Munich, Germany, on this date in 1913, the descendant of a distinguished German-Jewish family. Though he had studied art history, his inclination toward a specialisation in photography history came from becoming a photographer, beginning in the late 1930s making commercial work in colour, in Germany and then in the UK working for Rolls Royce and the shipping line P&O. There he gained citizenship in 1946, continuing to live there after the war.

It is extraordinary to think that his career as a photography historian began here in Australia.

As an ‘enemy alien’ he was deported and interred at Hay in New South Wales, just as Ludwig Hirschfeld Mack (1893–1965) was at Tatura in Victoria after his arrival on the Dunera troopship.

Like Hischfield Mack, Gernsheim beat the boredom of internment by presenting lectures on the aesthetics of photography, and used the time to commence his first book New Photo Vision, 32 pages of text largely drawn from the writings on photography of others, ranging from Henry Fox Talbot to Laszló Moholy-Nagy, followed by 32 pages of his own Neue Sachlichkeit imagery.

It received mixed reviews. The most immediate was in the The British Journal Of Photography of November 13 , 1942 which described it as ‘provocative’, but ‘a rather indigestible mass’; and ‘an omnium gatherum of opinions’ though a great ‘source book of debatable questions’, but lacking clarity. However it praised his pictures as ‘perfect examples of masterly photography. They say clearIy and unequivocally what the author’s words halt and stammer over.’ 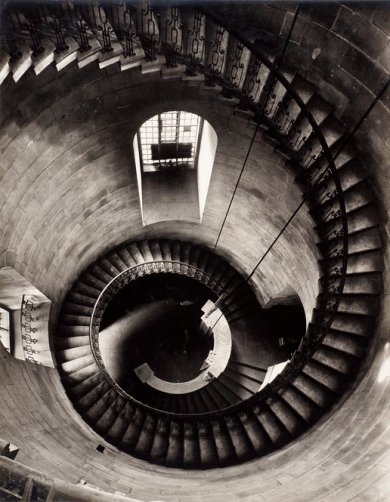 Like many of the ‘Dunera Boys’ he opted not to stay in Australia and was returned to England in 1942 when he volunteered to join the National Buildings Record, photographing important monuments in the London area that were under threat of destruction in the Blitz and V-Bomb attacks. His imagery earned the admiration of architectural historian Nicholas Pevsner and art connoisseur Kenneth Clark.

It was after these contacts that Stanislas Scott also reviewed New Photo Vision in the Nov 1, 1943 edition of The Architectural Review, reminding readers that  it was Gernsheim “who took the magnificent photographs of Baroque monuments in Westminster Abbey which illustrated Sir Kenneth Clark’s article last July.”

For him the book hinges on Gernsheim’s firm belief “that camera art is art, and [he] only attacks those who can but think of it in terms of Ersatz-painting. His is a declaration of independence.”

It is despite The British Journal Of Photography‘s lukewarm review, and from these efforts, including his two postwar books on architecture, Focus on Architecture and Sculpture (Fountain Press, 1949) and Beautiful London (Phaidon, 1950), that Gernshheim attracted the attention of Beaumont Newhall. He, the curator of the landmark exhibition Photography 1839-1937 at The Museum of Modern Art in New York encouraged him to become an historian of photography and to take up collecting nineteenth-century photography that could be then had for a song. Gernsheim took Newhall’s advice to heart and, aided by his new English wife Alison Eames‘ interest in social history, the couple collected thousands of works we now consider classics, the very canon of early photography, by Julia Margaret Cameron, Alvin Langdon Coburn, Hill & Adamson, William Henry Fox Talbot, and Louis Daguerre.

Within a year the pair were in pursuit of the holy grail…The First Photograph. Joseph Nicéphore Niépce and his heliograph would have sunk into almost total obscurity were it not for his partnership with Daguerre, a memorandum, Notice sur L’Heliographie that he had submitted unsuccessfully to the Royal Society, Man Ray’s efforts in having an imposing monument erected outside Niépce’s home village of Saint-Loup-de-Varennes in 1932, and George Potonniée‘s advocacy in Histoire de la Découverte de la Photographie, published in 1925.

However the inventor was nobody until proof, one of his pictures, could be found. The historian couple were on the scent of one remaining example said to still exist in the estate of Henry Baden Pritchard, editor of the Photographic News and author of The Photographic Studios of Europe (1882) who in 1884 had bought the memoir and the First Photograph, then promptly died.

When his widow Mary Pritchard died in 1917 the Niépce artifacts were placed in a trunk with other family belongings, deposited in a London warehouse and forgotten. In answer to their advertisements, her son advised that the artefacts were definitely lost, but later the Gernsheims received a letter from the wife of Mary Pritchard’s son stating that her husband had died and a big trunk had been opened to reveal, among the family relics, Niépce’s lost work.

It appeared to Mrs Pritchard to be blank, but when Gernsheim inspected it on February 14th 1952, he treated it like a daguerreotype, tilted it, and was rewarded with the image we see above, inscribed on the back “Monsieur Niépce’s first successful experiment of fixing permanently the image from Nature.”

While that search was underway, in 1949 Gernsheim was offered an original album of photographs taken by a Reverend Charles Lutwidge Dodgson, aka Lewis Carroll; Gernsheim recalled “until then, Lewis Carroll, photographer, had been a stranger to me.”

In his book Lewis Carroll, Photographer, he recounts his exacting efforts to find out more 50 years after Dodgson’s death, saying of his research “I sought it with thimbles, I sought it with care, I pursued it with forks and hope, but Dodgson’s name and his pseudonym remained as elusive as the Snark.”

Alison Gernsheim compared the distinctive purple ink and handwriting in the album with Lewis Carroll manuscripts in the British Museum to trace Dodgson’s living descendants, historians, photographic subjects and four more albums. The author had made photography his hobby for 24 years between 1856 and 1880, making wet collodion negatives and the corresponding positive albumen prints, which he kept in his albums, as Julia Margaret Cameron did. He gave up taking photographs when dry plates, which he disliked, replaced wet collodion.

He and Cameron both photographed, thirteen years apart, the inspiration and the namesake of his Alice in Wonderland, Alice Liddell. One wonders how consciously did Cameron (or Liddell) echo the pose and the selection of location for her later portrait at 20 years old. 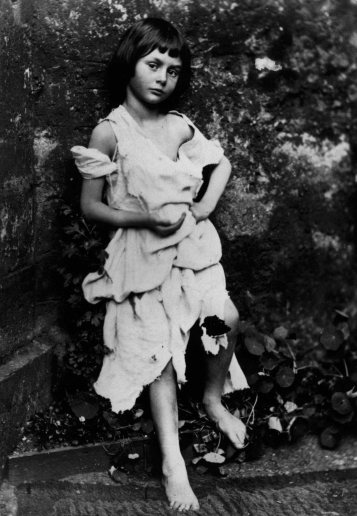 Charles Lutwidge Dodgson, aka Lewis Carroll (1858) Alice Liddell dressed up as a beggar-maid.

The rediscovery of an essentially forgotten nineteenth-century photographer introduced novel visual insights into the life and contexts of the renowned author and increased Gernsheim’s reputation, a reputation that rests first and foremost on The History of Photography, (that they revised and augmented in 1969) the book we all have, or should have, on our bookshelves.

When time came to divest themselves of their collection, the Gernsheims sought out a public institution, in particular the Royal Photographic Society, who refused. Having joined the Society in 1940 and become a Fellow in 1942, Gernsheim resigned in 1952 because of the Society’s snub. It has been suggested that the refusal to purchase had to do with the ‘difficult’ characters of the historian couple.

The University of Texas bought the Gernsheim collection in 1963, and the Gernsheims gifted it the First Photograph and the other Niépce artifacts, first given to them by Mrs Pritchard.

After the sale of their collection, Helmut and Alison Gernsheim retired to Switzerland where Alison died in 1969. He remarried in 1971, continuing his work as a writer, lecturer, and advisor. One example is his introduction to the 1975 Franz Hanfstaengl: Album der Zeitgenossen in German. 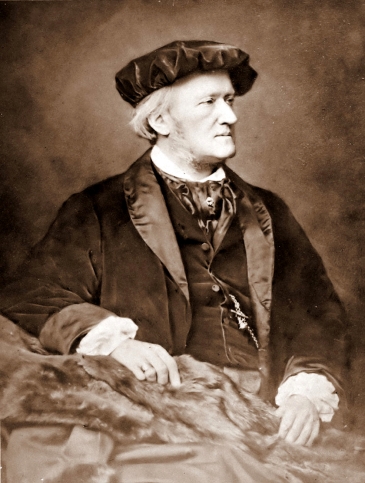 Franz Seraph Hanfstaengl (*1804), who died on this date in 1877, was a Bavarian painter and lithographer who was an early adopter, in 1853, of  photography for the reproduction of paintings that was hitherto reliant on lithography. From 1854 onwards he worked on the ambitious, and unfinished, ‘Album of Contemporaries‘ that was intended to contain portraits of the famous personalities of the age, including a widely-published picture of Richard Wagner (above, right). He also photographed Bavarian royalty including Eugenie von Klenze (below), portraits of whom may have piqued Gernsheim’s interest after his discovery Lewis Carroll…

While keeping up very public and entertaining feuds with fellow historians and bodies such as the Royal Photographic Society, Gernsheim continued a positive interest in photography, vigorously supporting the establishment of photographic galleries and museums in the USA and Britain, including the Photographers’ Gallery under Sue Davies in 1971 and the National Museum of Photography Film and Television under Colin Ford in 1983.

Without him, prickly and particular as he was, would we really know photography?

One thought on “March 1: Connoisseur”