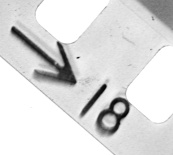 December 18: Galleries are winding down for the season and significant photographers have neglected to be born or to die on this date.

However, with a little perseverance (which has kept me busy over the last couple of days) this date is not so barren of interesting photographic activity…in fact it’s quite flash!

Sir Humphrey Davy, who actually was was born yesterday…in 1778, apart from his work with Wedgewood on silver nitrate, has a another link with photography in his discovery of magnesium in 1808, the year in which he demonstrated the first electric arc light, and in 1829, the year Davy died, magnesium was finally isolated by French chemist Alexandre Bussy, (1794–1882), though a commercially viable means of producing it was not developed until the early 1860s.

This post takes its cue from the passing of Sir Henry Enfield Roscoe on this date in 1915. Though his connection with photography is somewhat oblique, it is essential. With colleague Robert Wilhelm Bunsen (1811–1899), the German chemist of Bunsen burner fame, he made the first experiments with the ignition of magnesium for momentary photographic illumination in 1859. A thin strip of magnesium ribbon, despite being metallic, produces a dazzling white light when ignited, as does, I found to my distress, the magnesium alloy engine of a 1960s Volkswagen Beetle!

Previously, in 1839-40 the London-based geologist Captain Levett Ibbetson (1799–1869) overcame the problem of macro photography by using limelight to shorten exposure times when making his daguerreotypes of fossils. In order to photograph a fossil of coral he required a twelve and a half times magnification and even bright sunlight gave insufficient light, so he employed limelight, discovered in the 1820s by Goldsworthy Gurney (1793–1875) based on his work with the “oxy-hydrogen blowpipe”. lnventor Alexander Bain (1811-1877), writing in the Westminster Review illustrated (below) with one of Ibbetson’s photographs exclaimed;

For some reason which we are unable to explain, an impression can be obtained by the hydro-oxygen light in less than five minutes, which would require five-and-twenty with the camera and the light of the sun.

Though it required a five-minute burst of intense illumination, one may claim this daguerreotype of a cross-section of coral to be the first ‘flash photograph’.

Bunsen and Roscoe’s experiment with magnesium was first given practical purpose that year when a reader asked Photographic News editor William Crookes (1832–1919) for his suggestion for lighting cave interiors. He recommended burning phosphorus in oxygen; Michael Faraday‘s (1791–1867) “sun in a bottle” which, Crookes wrote, “well deserves its cognomen”, but he also suggested;

A still more brilliant light but a terribly expensive one, can be obtained by burning the new metal magnesium, in oxygen. A piece of magnesium wire held by one end in the hand, may be lighted at the other extremity by holding it to a candle … It then burns away of its own accord evolving a light insupportably brilliant to the unprotected eye and possessing powerful actinic properties.

The stereo pair below by Charles Waldack (1828–1882) demonstrates the intensity of magnesium flash at close quarters; if viewed in stereo, particles falling from the ignited strip can be seen suspended in the air.

Incidentally, Crookes, a spiritualist, in the late 1860s took his own advice and used magnesium flash to photograph the medium ‘Katie King’ in his studio as evidence during an extended and scandalous dispute over spiritualist activity.

Alfred Brothers (1826–1912) heard Professor Roscoe read a paper to the Manchester Literary and Philosophical Society in 1862 ‘illustrating the value of the metal in producing brilliant light’, and was given some of the metal with which to experiment.

Thus the first use of magnesium light for portraiture was made by Brothers on 22 February 1864, during a lecture given to the Royal Institution by Professor Roscoe on the subject of ‘Light’. Brothers made photographs of Roscoe ‘burning fifteen grams of magnesium in the form of fine wire, at a distance of eight feet from the sitter’.

This portrait, and that below by John Moffat, have a peculiarly modern look, at a glance appearing to have been made in the 1920s after electric light had been well established in studios. Is this because we are used to seeing Victorian-era portraits lit by skylights, rather than from close to the camera?

Sir David Brewster (1781–1868) wrote to William Henry Fox Talbot (1800–1877) urging him to attend a meeting of the Photographic Society of Scotland held on Tuesday 8 March 1864 at which Brewster was presiding;

In case you might be disinclined to go out this evening to the Photographic Society, I beg to mention that I have this instant received from Manchester a portion of Magnesium Wire with which we hope to be able to take a Photograph at the Society.

I am. Ever Most Truly yrs D. Brewster

The Photographic Journal for 15 March, 1864 records that Talbot, the inventor of photography who had been the first to take a picture by electric light in June 1851, was seated beside Brewster. Magnesium light was the topic of the evening; Roscoe’s paper was read out and further flash photographs were made:

Some interesting experiments followed these communications. The first of these was the photographing of a bust, which was illuminated by light from the combustion of magnesium, which had been forwarded to the President from Manchester. The resulting picture was handed about among the members, and the general impression seemed to be that it was quite satisfactory. A second experiment was made, the sitters being Sir David Brewster and Mr. Talbot. When the picture was developed and submitted for inspection, it was found to be very satisfactory, the likeness of each of the eminent sitters being excellent.

Edinburgh photographer John Moffat (1819–1894) was the member who made the (severely vignetted) double portrait of the two luminaries (above).

Another impenetrably dark place into which Victorian curiosity poked, and thus requiring illumination, was the interior of the Great Pyramid at Giza. Charles Piazzi Smyth (1819–1900) used magnesium mixed with gunpowder for the purpose in 1865. In the resulting picture one can see ignited particles of magnesium streaming onto the stone floor of the King’s Chamber while his Arab assistants rest against the broken, looted tomb during one of the multiple exposures, leaving their semi-transparent ‘ghosts’. Fixed around the rectangular granite sarcophagus are measuring rods, tinted red in this lantern slide. Most of the pictures he obtained were poor but the principle of combining magnesium with oxygen-rich chemical resulting in a combustion was established:

… and I was now fully occupied in preparing the photographic plates. How much magnesium should be burned in order to produce a photograph, was a question only to be settled by actual trial; I suspected much more than what had been employed hitherto in portrait-taking in England; first, because a large surface, say fifteen feet by ten, had to be illuminated; and secondly, because that surface was excessively dark and unreflective. At the first attempt, therefore, we tried sixty grains, burning it in the shape of hanging tapers in Mr. Brother’s (of Manchester) very convenient shield-holders. A faint picture appeared. With another pair of plates, aperture l-5th all the time, one hundred grains were consumed; and still the picture was faint. So then one hundred and twenty grains were tried with a third pair of plates; and hardly any impression was obtained! This bad result arose from the vapour of the burning magnesium diffusing itself throughout the room, in spite of all our efforts to condense it on surfaces of glass or porcelain. So by ten o’clock, finding the atmosphere of the King’s chamber was so thick we could hardly see the further end, we left the apparatus standing, and under special guardianship of two Arabs, who were to remain at the head of the Grand Gallery all day.

About three p.m. I returned, to find the top of the said Grand Gallery smelling fearfully of Arab men; and the room still smoky. A pair of plates was tried, but one of the white-robed Muslims looming through dense haze, was all that was pictured by an expenditure of another one hundred and twenty grains of magnesium. The ordinary candles, too, burned very palely; and we deeply deplored once again, that the ancient ventilating channels had been surreptitiously stopped up within the last few years.

[C. Piazzi Smyth, Life and Work at the Great Pyramid during the Months of January, February, March, and April, A.D. 1865; with a Discussion of the Facts Ascertained. In three volumes. (Edinburgh: Edmonston and Douglas, 1867), vol. I, Chap.XVI, ‘Magnesium Photography’, pp. 494-495.]

Photographers since have ever more efficient means of producing instant photographs in darkness or in poor lighting conditions.