October 26: The surname of this photographer born today, Kahlo, my be familiar to you, but perhaps not his forename Guillermo, which would also have been unfamiliar to his parents.

Carl Wilhelm Kahlo after the death of his mother,  and his father’ s subsequent remarriage emigrated at nineteen to Veracruz and subsequently moved to Mexico City. He never again returned to Germany and became Guillermo Kahlo and in 1896 married María Cardena, but she died giving birth of their third daughter. He sent the children Margarita, Maria Luisa and Matilde to be brought up in a convent, only resuming their relationship later in life.

After six months’ mourning he married Matilde Calderón who encouraged him to take up photography, which was her father’ s line of work. After his apprenticeship with Antonio Calderón, he opened his own studio in 1901, garnering commissions from the periodicals El mundo ilustrado and Semanario ilustrado.

They and their four daughters Adriana, Wilhelm, Frida (soon to become the famous painter) and Cristina, lived in Coyoacán where Guillermo had bought a plot of land and built a house, which would later become the home and studio of his daughter Frida and her husband Diego Rivera.

Landscape and architectural photography was his main interest. Between 1904 -1908 he was hired by the Mexican Government to document Mexico’ s architectural patrimony, including churches near the capitol building and the former presidential residence in Chapultepec Park. It is for these photographs he became best known. 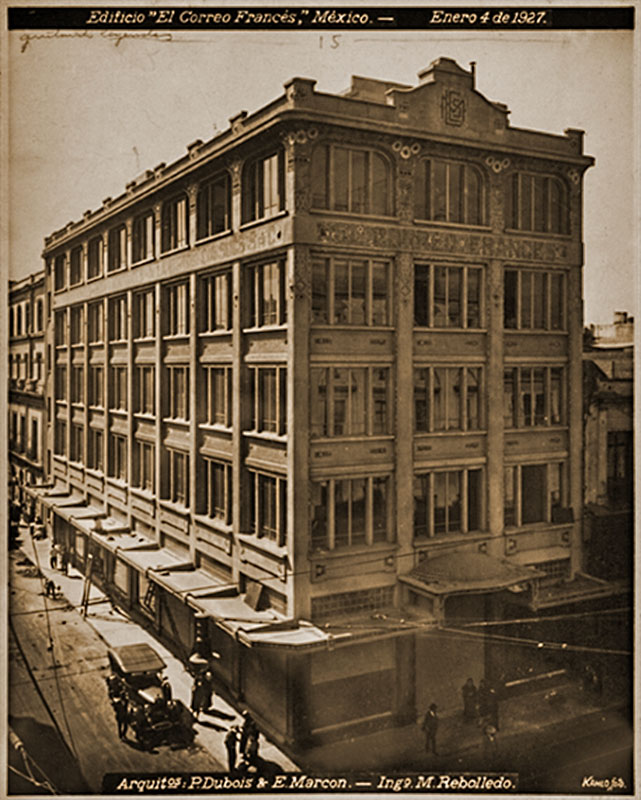 All, in their rectilinear correctness and sensitivity to the quality of light best suited to the attributes of each building, show his technical competence as an architectural photographer 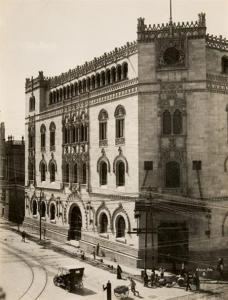 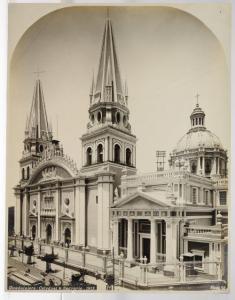 Some are very beautiful, with a feeling for the sumptuous decoration of Mexican architecture.

However there is another body of photographs more worthy of attention. They are redolent of a father’s love for his favourite daughter, who was Frida, perhaps because he felt they were much alike. Her bout of polio at the age of 6 had left her bedridden for 9 months and led to the deformation of one leg. Her convalescence following the trolley crash, when again she was hospitalised and spent a long rehabilitation at home, further cemented the father-daughter bond. Guillermo was devoted to her recovery. A contemplative and introspective individual, prone to bouts of epilepsy, he felt an empathy with his daughter, understood her suffering, and encouraged her creativity. Frida too became introverted and used the subject she had known best, herself, as her creative driving force while bedridden.

A series of letters, discovered recently, were written by Guillermo to Frida when she was in the USA with Diego. They are full of yearning for the 24 year old by her father, who was suddenly also a widower again and becoming aware of his own mortality. One from June 30, 1932 reads:

Now, the one who is in the worst shape is the signer of his letter. In addition to dealing with his physical illnesses, such as anxiety, constant inflammation of the throat, a ringing in the ears and therefore virtual deafness, and an occasional inability to talk, last Saturday he suffered a misfortune [the loss of a photographic lens] that he could have very well prevented, if he had not been so stubborn.

However it is the photographs more than his letters that tell the story of their intense relationship. He photographed her proudly from an early age and in each of these one can sense the growing warmth and closeness, but also her intensity gradually smouldering over what must have been an inferno of pain. It must have provoked the extremes of pity and grief in him on the one hand, but pride on the other.

The second photograph below, where she sits on a bed with her teddy bear and wearing a halo-like hat was taken when she was six; the year she contracted polio.

There is a transformation in the photographs from the years that follow. The unbending directness of the gaze of this young woman signify a force to be reckoned. She called her father Herr Kahlo when his Germanic temperament showed itself, but to others portrayed him always her ‘generous, intelligent, and always polite’ father. 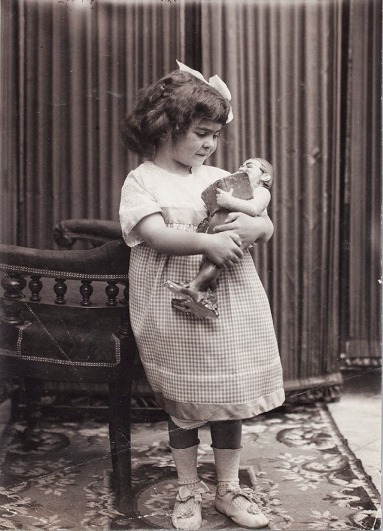 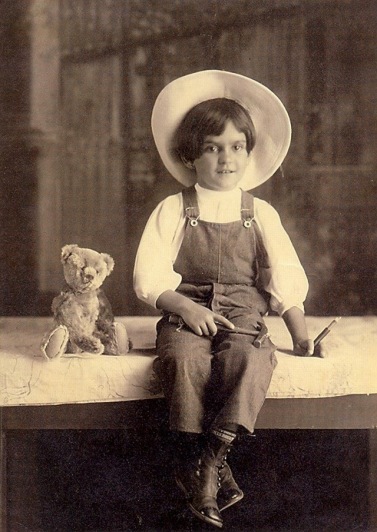 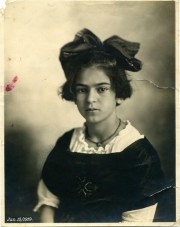 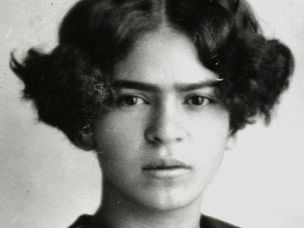 His self-portraits, taken throughout his career, reveal an opposite transformation as he ages and becomes conscious of his frailties. One of the later prints bears the legend “From time to time remind yourself of the affection that your father has always held for you”. In the last of the images in the following slideshow he poses with his first daughter Margarita.

The archive of correspondence spans 1932 to 1933, but is one-sided. Likewise are the photographs by father of daughter. They receive no ‘reply’ until, ten years after his death, Frida painted his portrait retablo, featuring a traditional handwritten garland stating:

I painted my father Wilhelm Kahlo, of Hungarian-German origin, professional artist/photographer, whose nature was generous, intelligent, and polite. He was courageous, having suffered from epilepsy for sixty years, but he never stopped working and he fought against Hitler. Adoringly, his daughter Frida. 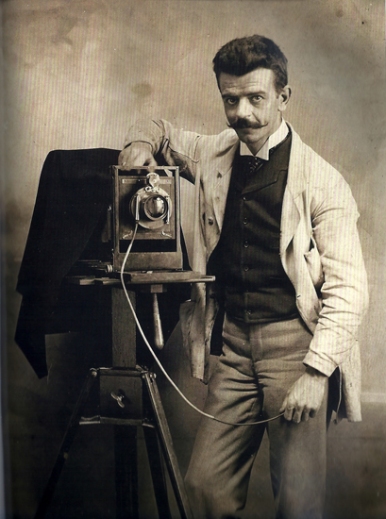 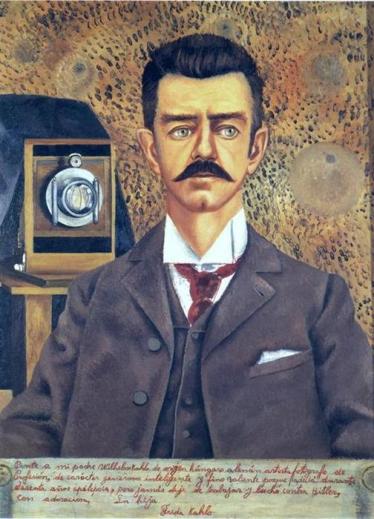 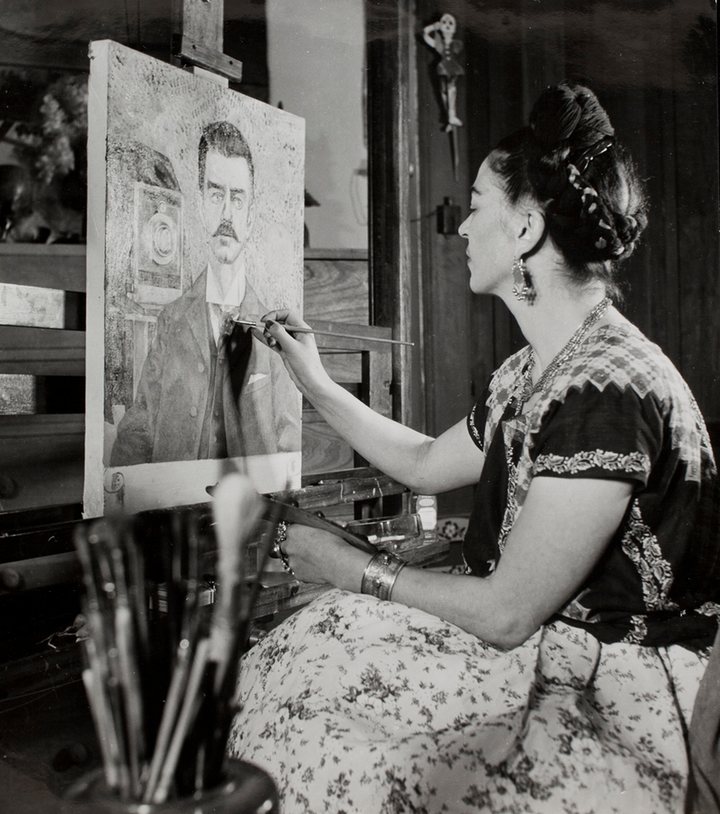